Ajrakh is a traditional vegetable dyeing and resist block-printing technique on cloth. It is estimated to be around 4,500 years old. Sindh region (now in Pakistan) is said to be the birthplace of Ajrakh. The Ajrakh artisans in India are originally from Sindh and they migrated to Kutch in Gujarat and Barmer in Rajasthan. Ajrakh is the traditional attire of the Maldhari pastoral community of Bhuj. The men wear it as a lungi (wrapped lower garment), as a turban, or put it on their shoulders.

Artifacts related to Ajrakh have been found in the excavated remains from the Indus valley civilizations- Harappa and Mohenjo-Daro. Cloth artifacts with similar dyeing techniques have also been found in the Al-Fostat excavations in the Nile delta near Cairo, Egypt.

True origin for the name 'Ajrakh' is unknown. There is a story about a King who loved to change his bed-sheets every day. The artisans were exhausted making new sheets every day. One day an artisan who had been working on a technique for many days took this to the King. The king liked it so much that the next day when they were changing the sheets he told his house-keeper to let it stay for the day. Each time the house help tried to change the sheets the King said 'aaj rakh'. The artisans came to call the technique Ajrakh. Another explanation given by Dr. Ismail Khatri about the name is to do with the process. The process involves many days and each layer of color is printed after a gap of time so the cloth has to stay for the day 'Aaj ke din rakh' (Keep it for today) before the next process can begin. 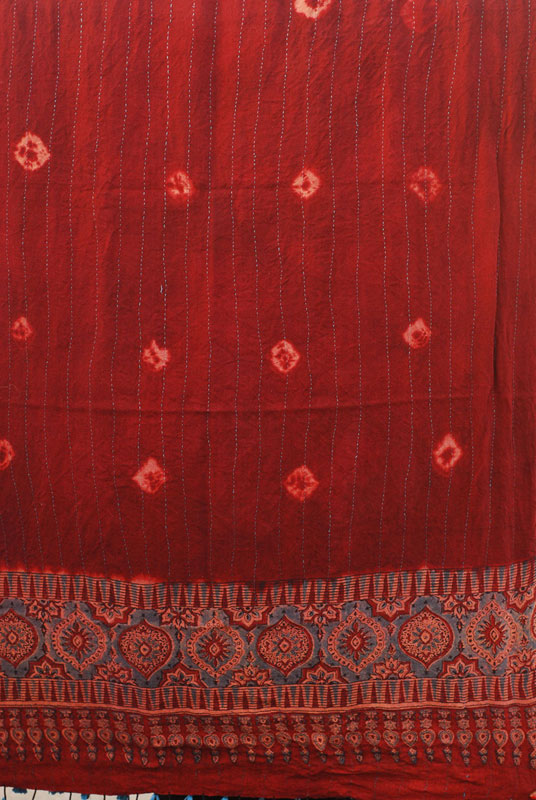 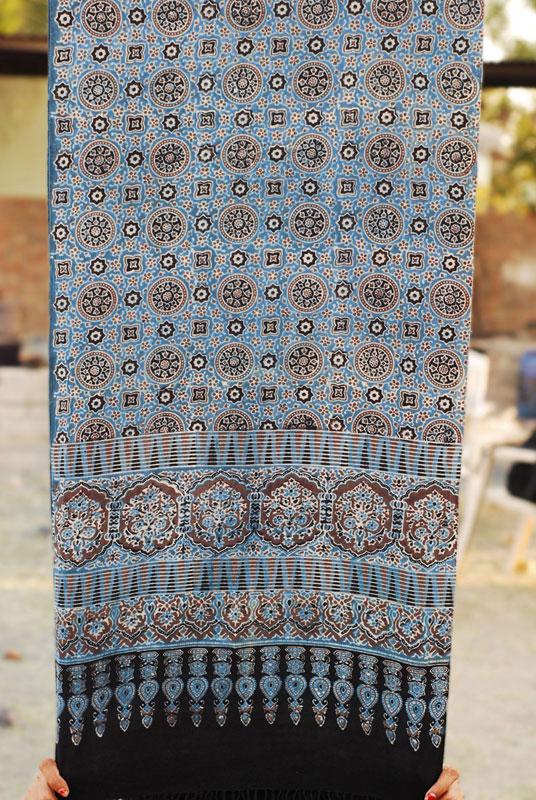 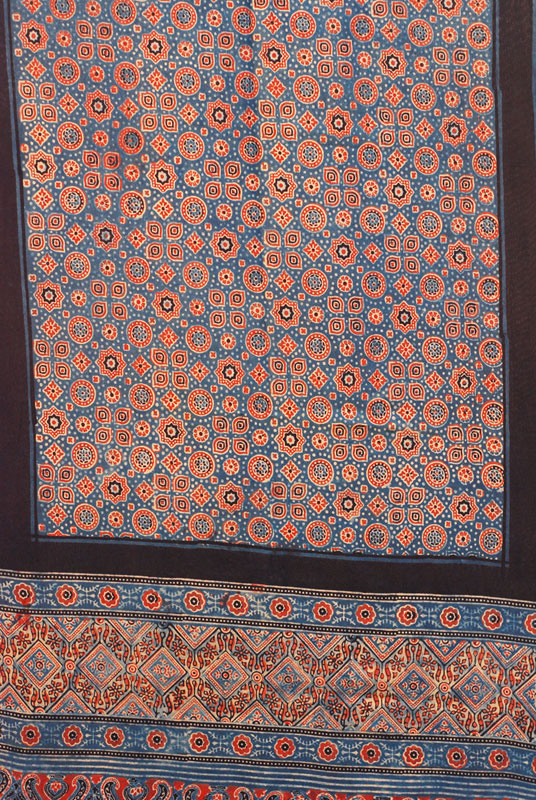 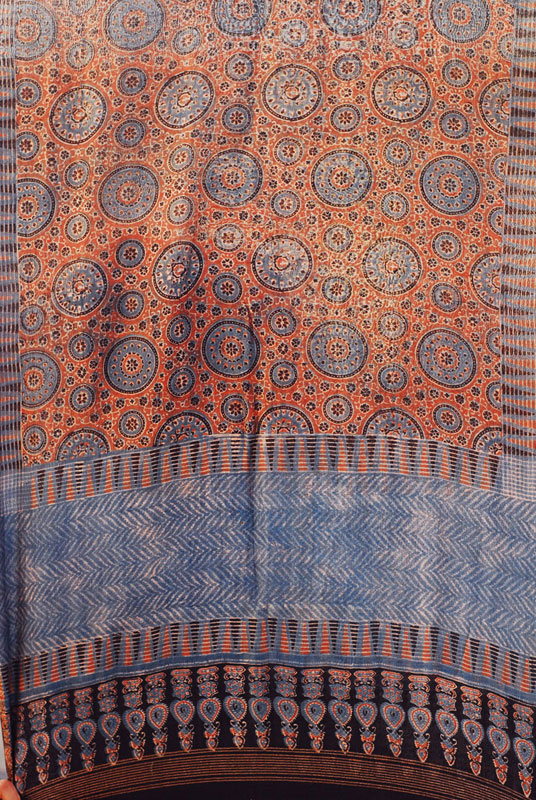 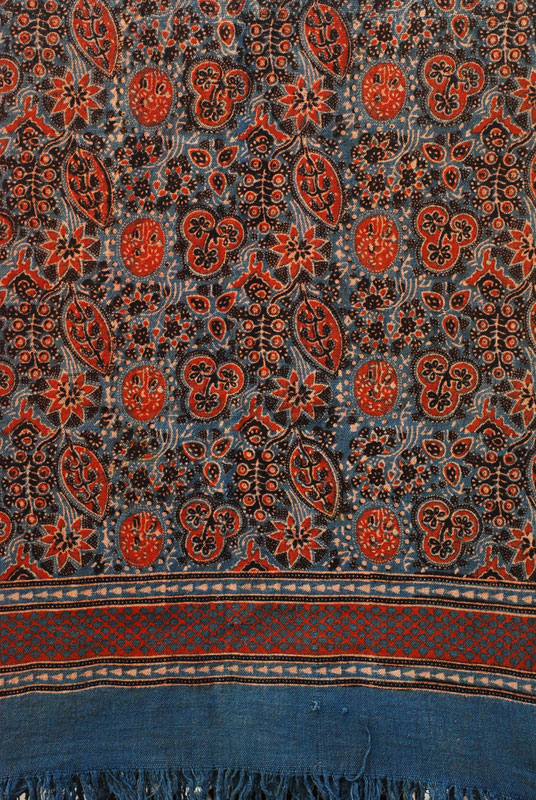 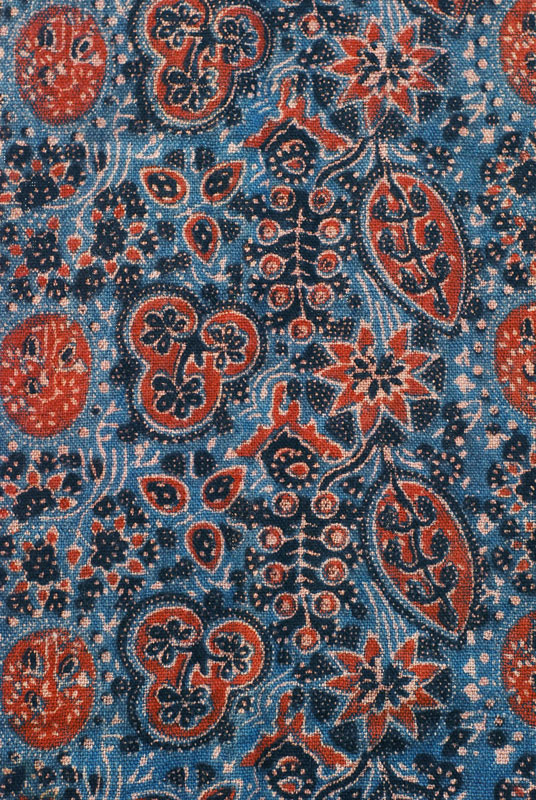 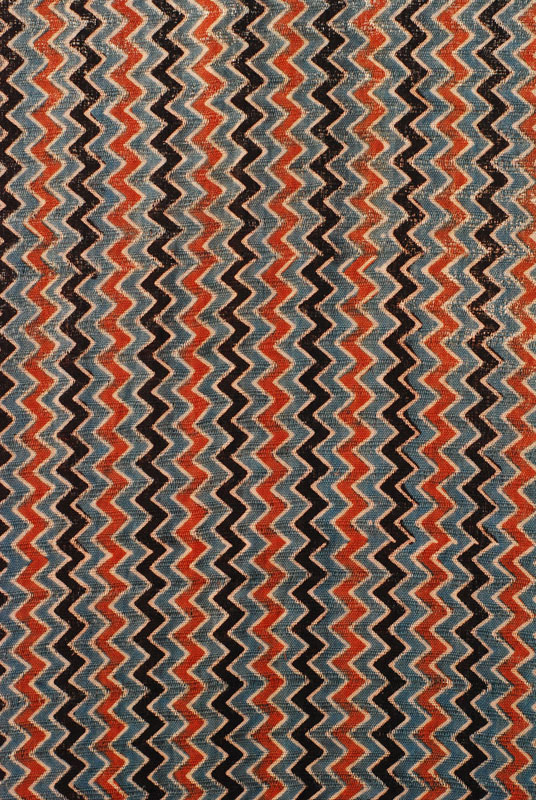 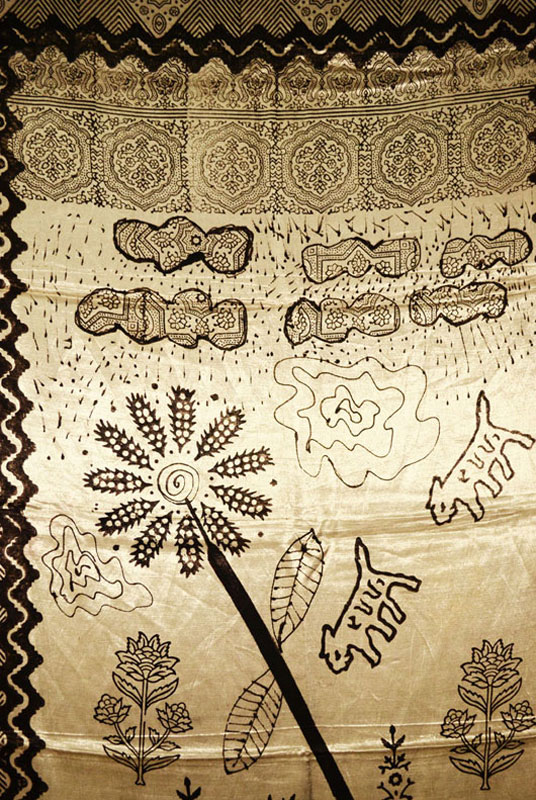 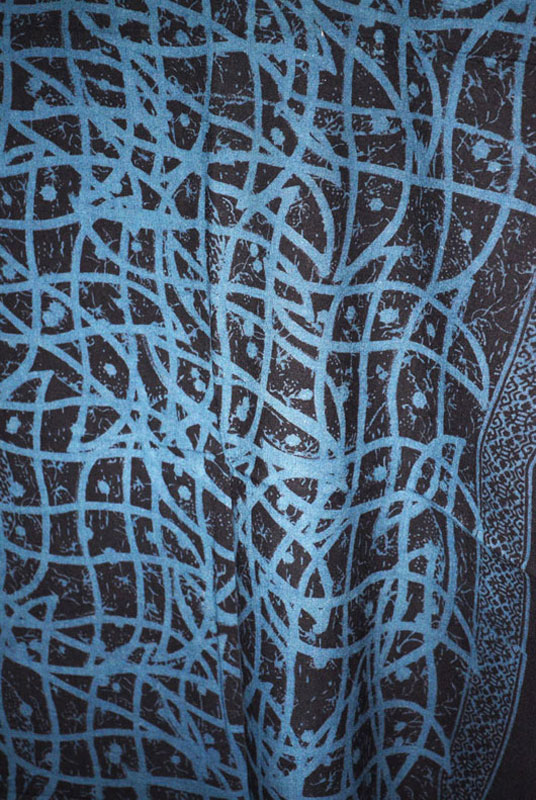 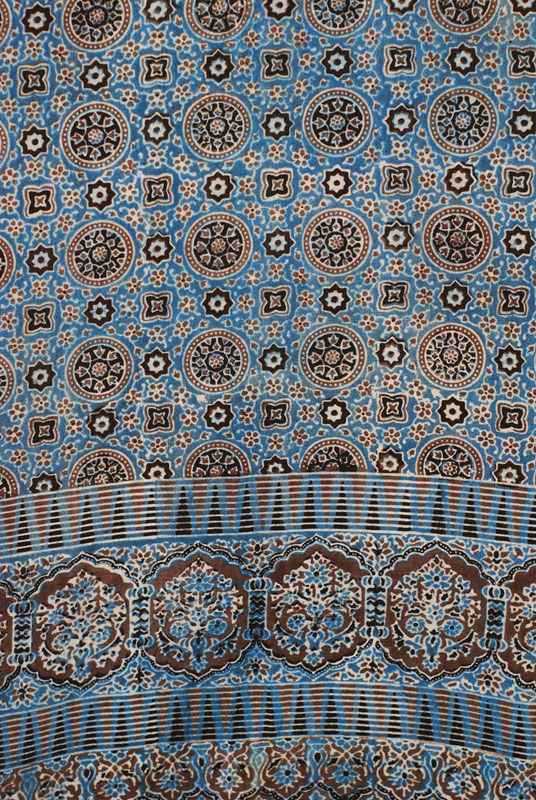 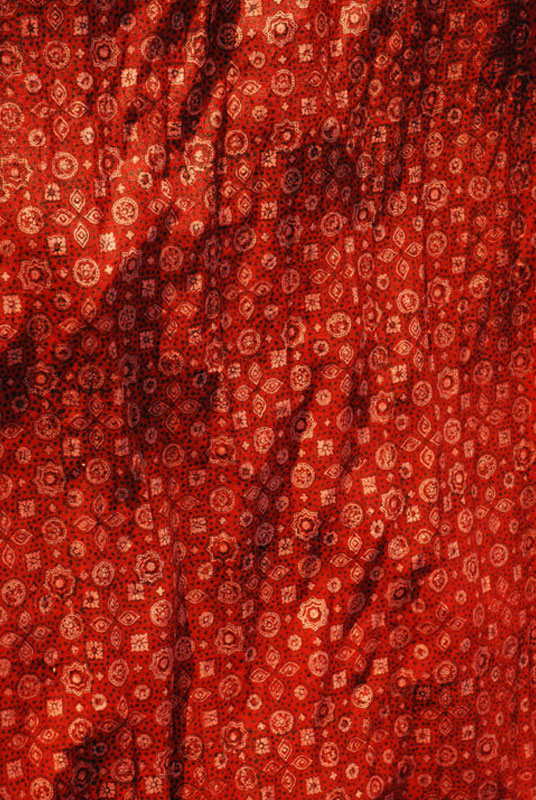