This enormous shelter with ceiling about 5.6 meters high displays numerous figures of humans and animals. The vertical wall forming a depression inside the shelter exhibits a painting of a buffalo with large horns. A galloping nilgai is depicted to its right. A man carrying a bow and sling shown in red color can be seen below. Various postures and color fillings on the bodies of animals can be noticed in this particular shelter. 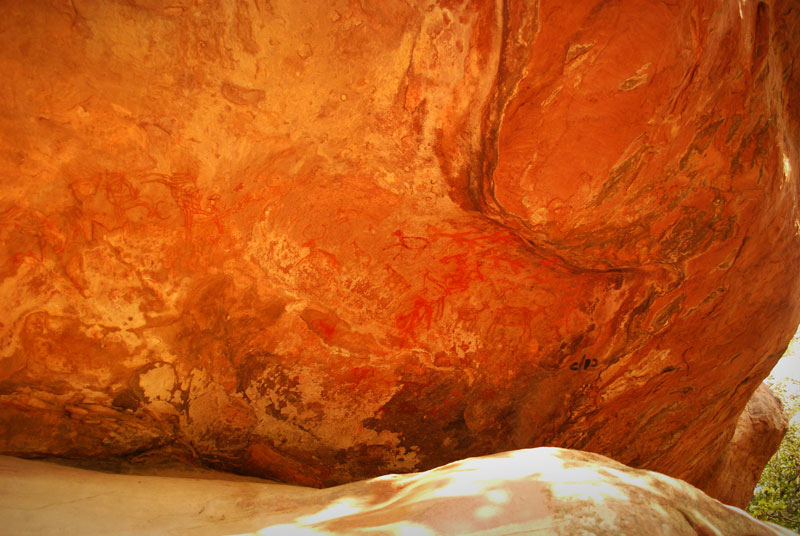 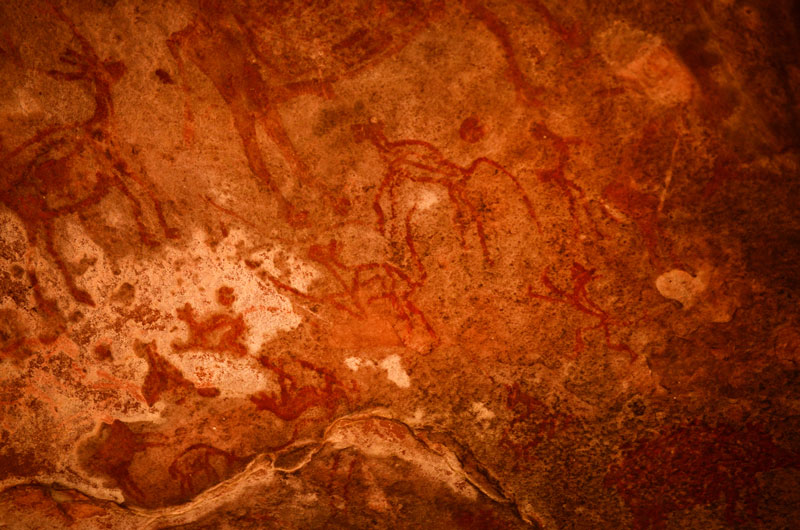 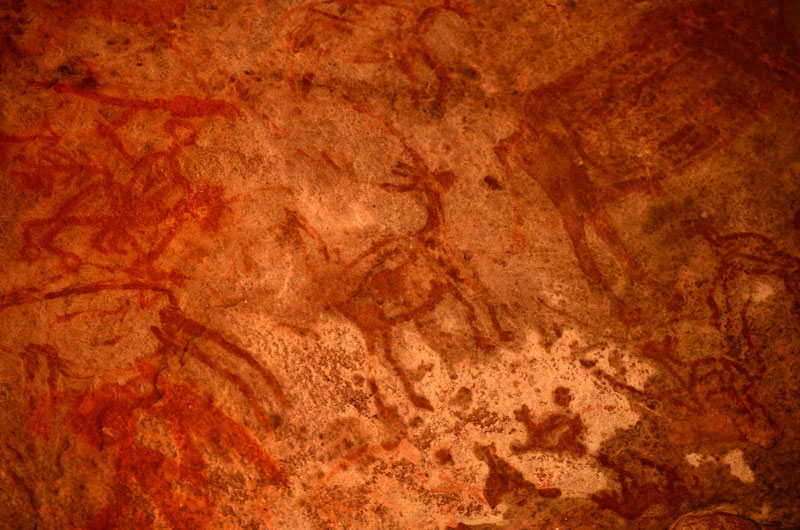 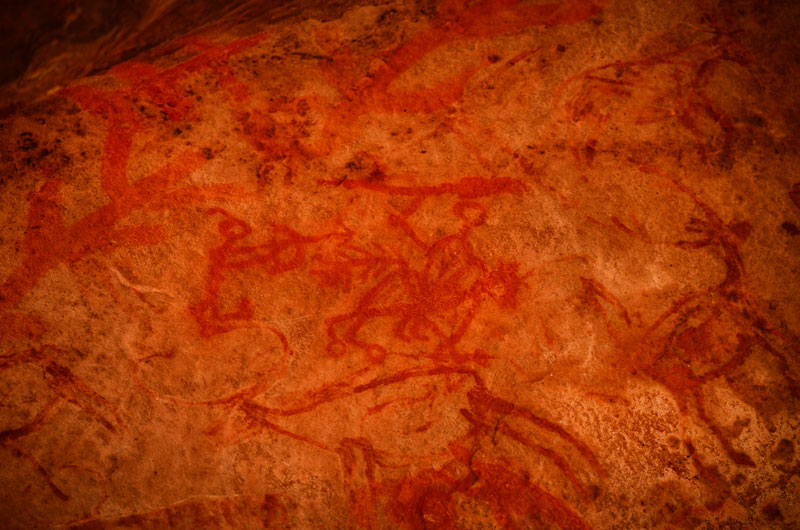 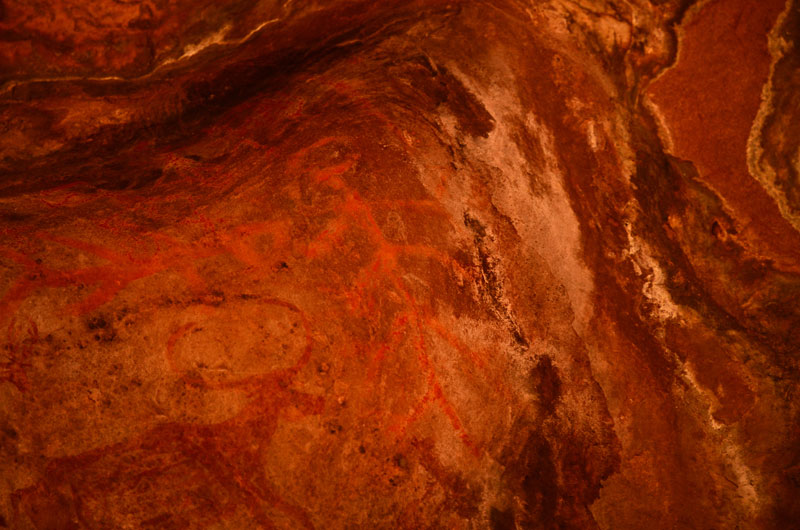 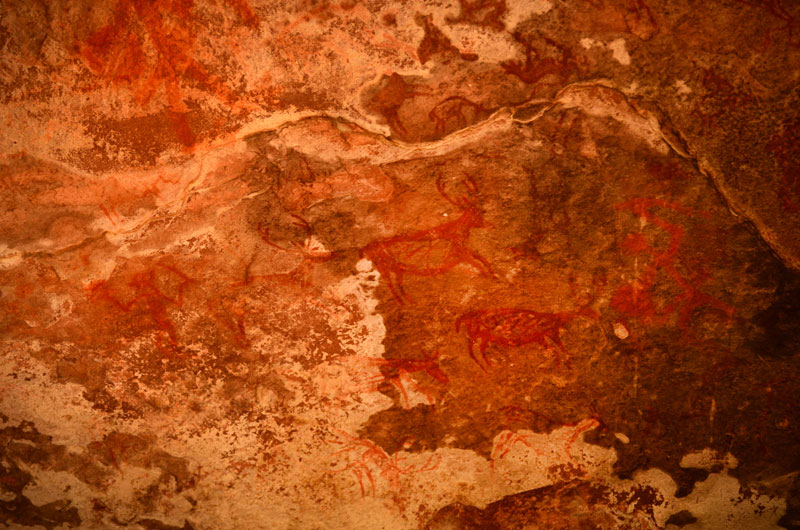 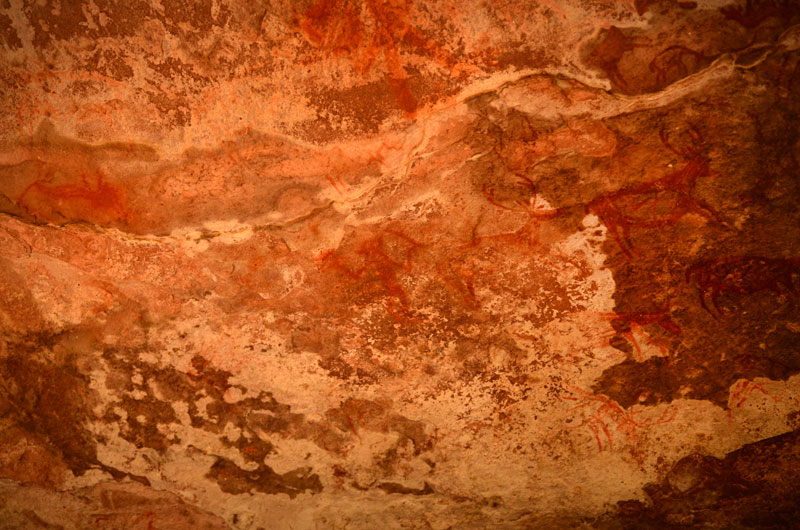 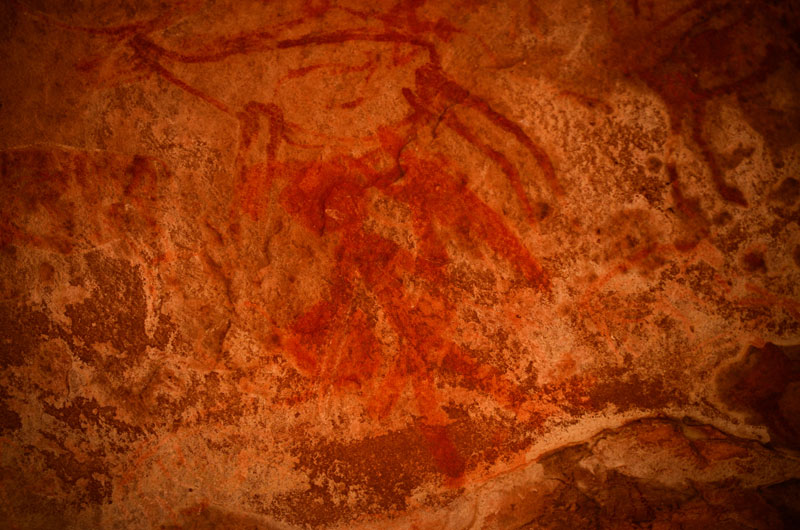 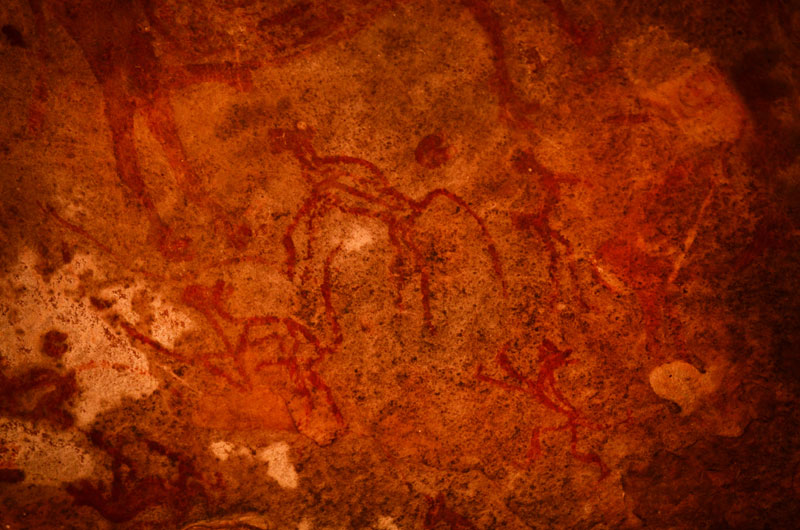 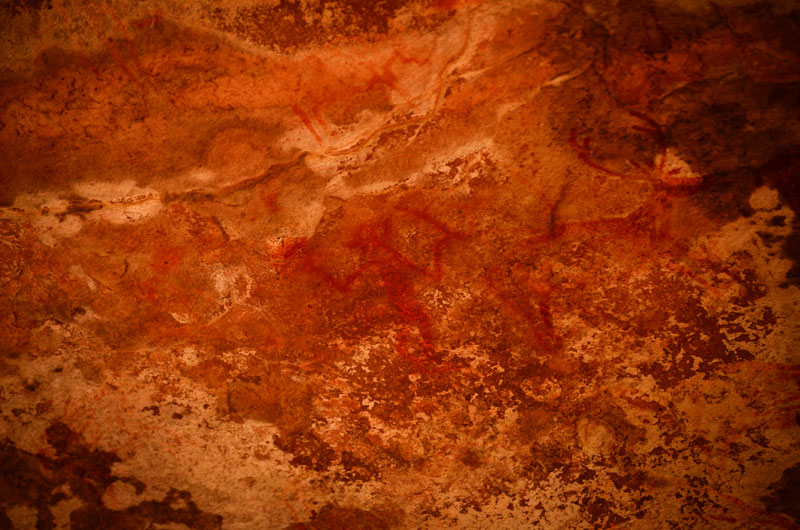 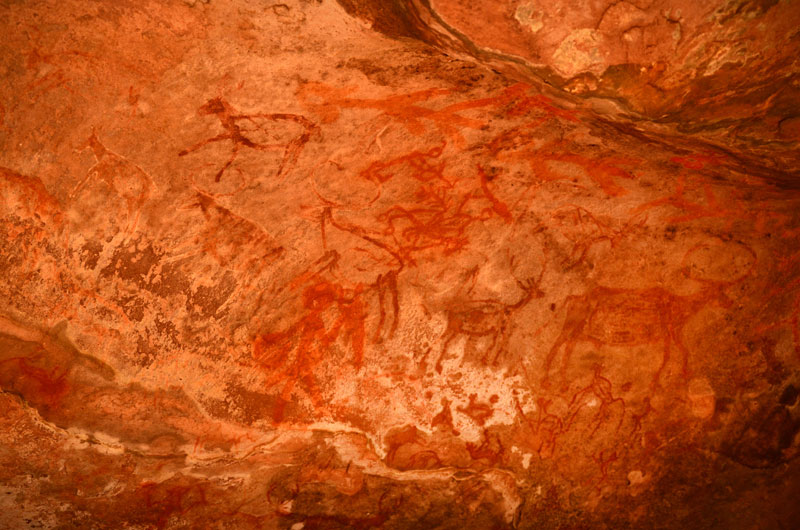 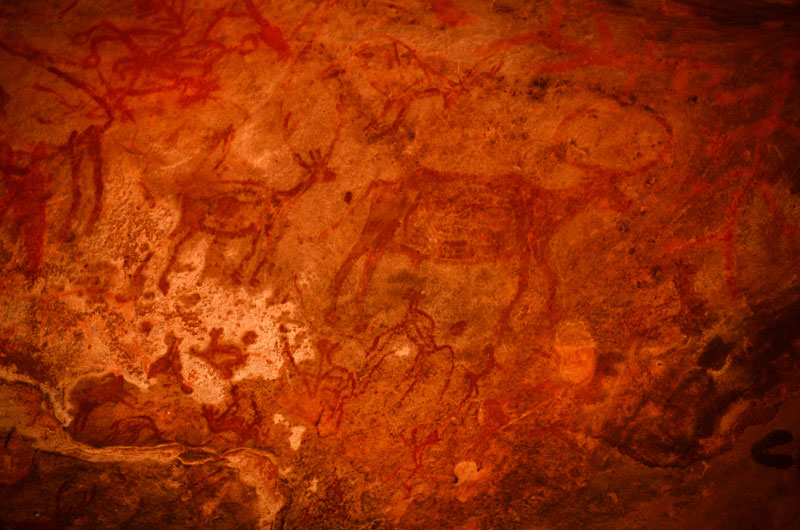