The Festival of Janmaashtami
by
Palash Vaswani
IDC, IIT Bombay

Janmashtami is celebrated as Dahi Handi in Mumbai with enormous zeal and enthusiasm. This is also called as Gopalkala. Dahi Handi generally takes place on the second day of Janmashtami. An earthen pot containing a mixture of milk, dry fruits, ghee is hung around 20-30 feet high in the air with the help of a rope. Enthusiastic young men form a human pyramid by standing one on top of the other, trying to break the pot. Onlookers throw water on the young men to prevent them from doing so. Breaking of the pot is followed by prize distribution. Devotees believe the broken pieces of the earthen pot will keep away mice and negative powers from their homes.

Various handis are set up locally in several parts of the city, and groups of youngsters, called Govinda, travel around in trucks trying to break as many handis as possible during the day. Not only young men but girls too jump onto the streets for breaking handis.

Some of the famous handis are at Dadar, Lower Parel, Worli, Mazgaon, Lalbaug, and Thane. Cash and gifts are offered for Govinda troops (Pathak) to participate; for over 4000 handis in Mumbai, 2000 Govinda troops compete for the prizes. Nearly every big dahi handi is affiliated to a political party. Higher cash prize means larger crowd. The attractive prize money, presence of film stars and live performers is lending a glamour quotient to the festival. 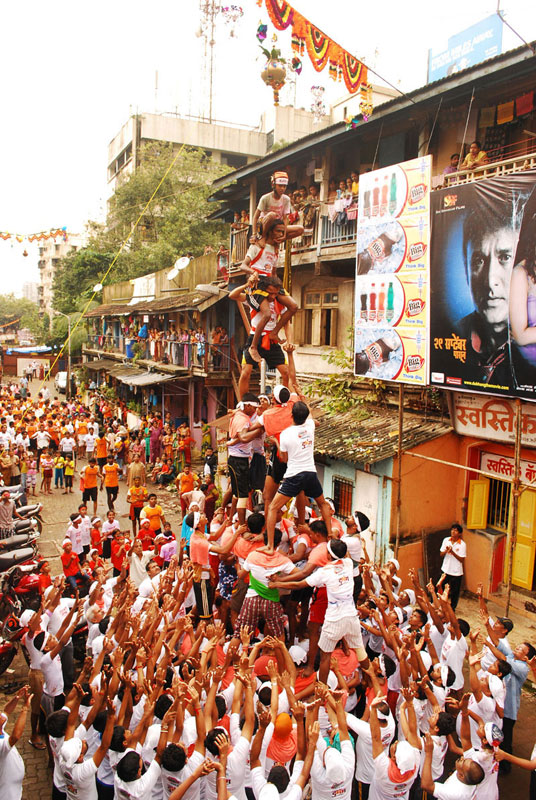 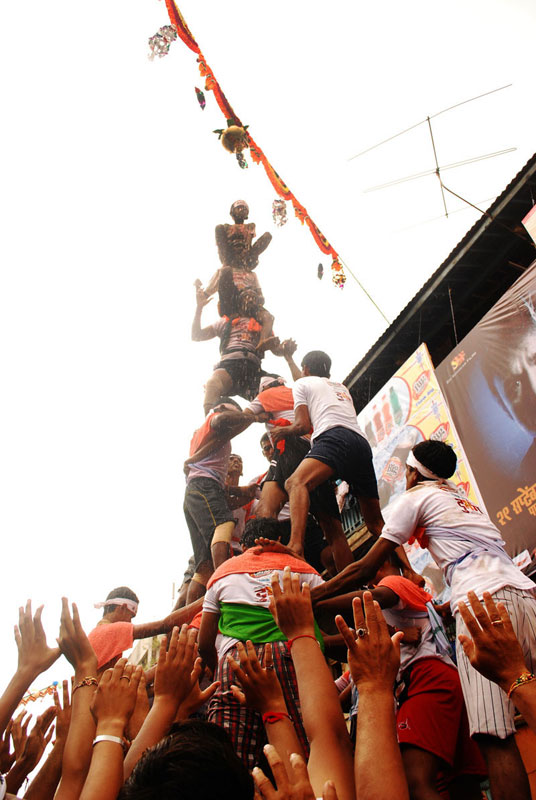 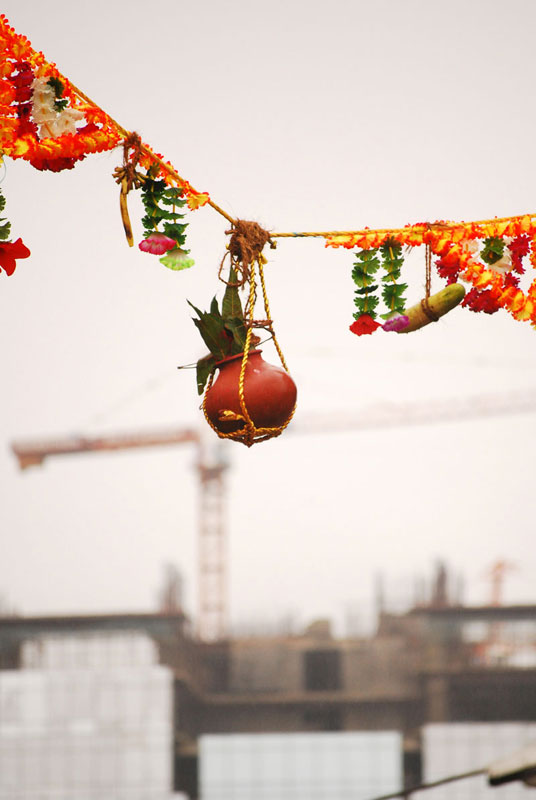 Handi filled with a mixture of milk, dry fruits and ghee. 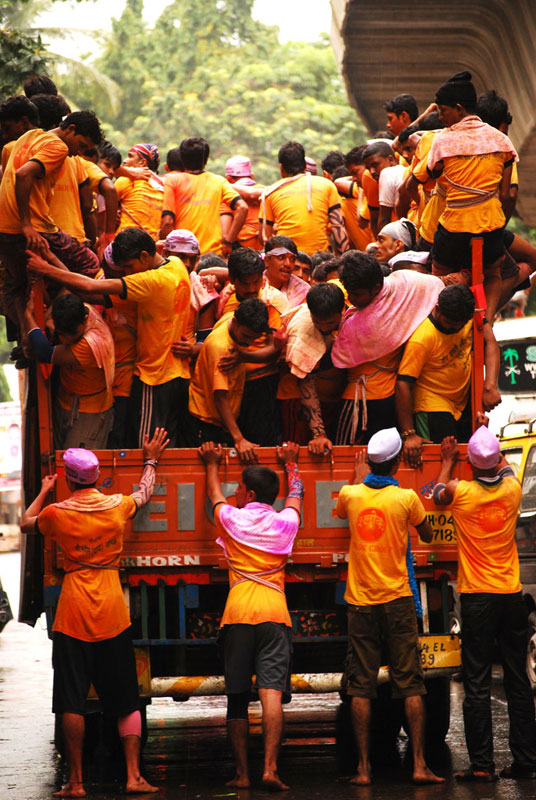 Govindas traveling on trucks to different places to break Handis. 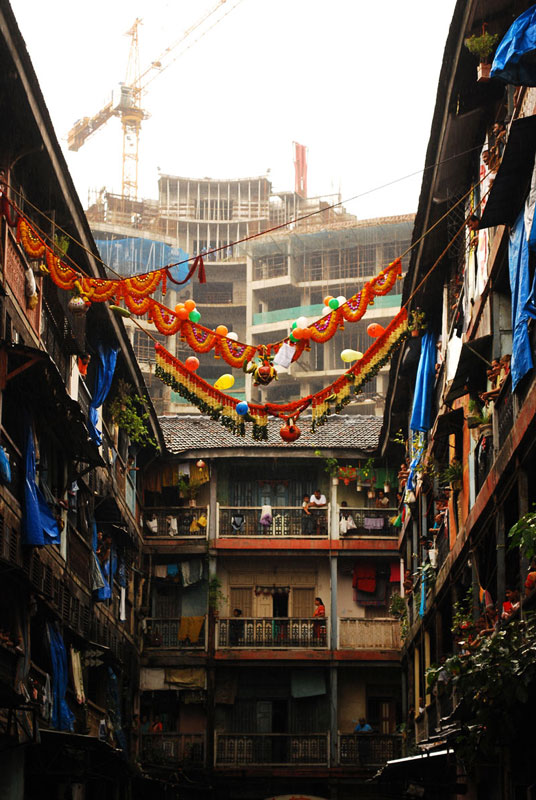 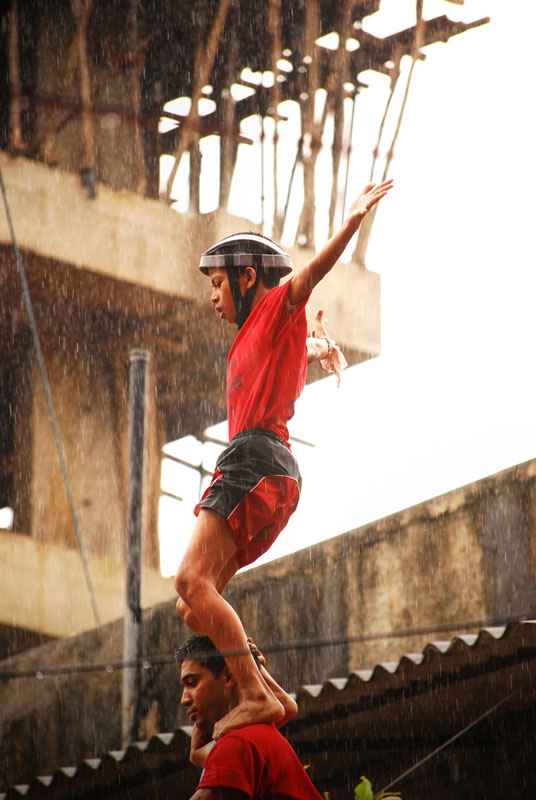 Showcasing the spirit of Govinda. 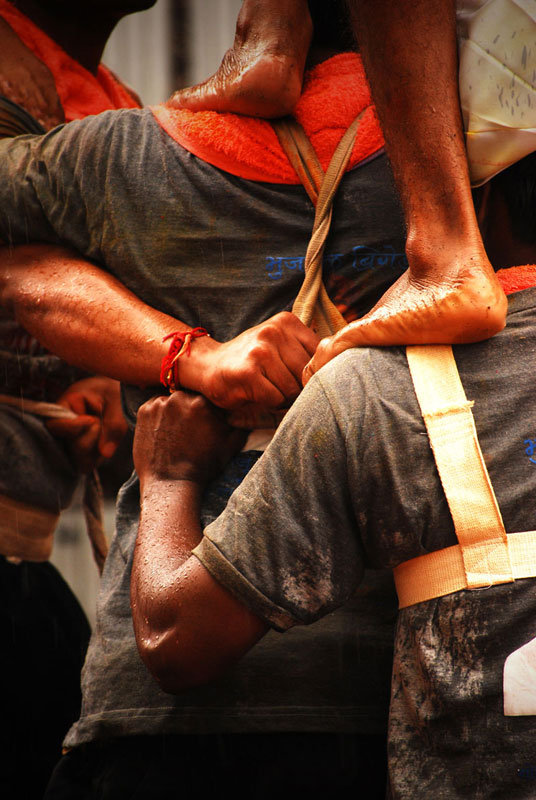 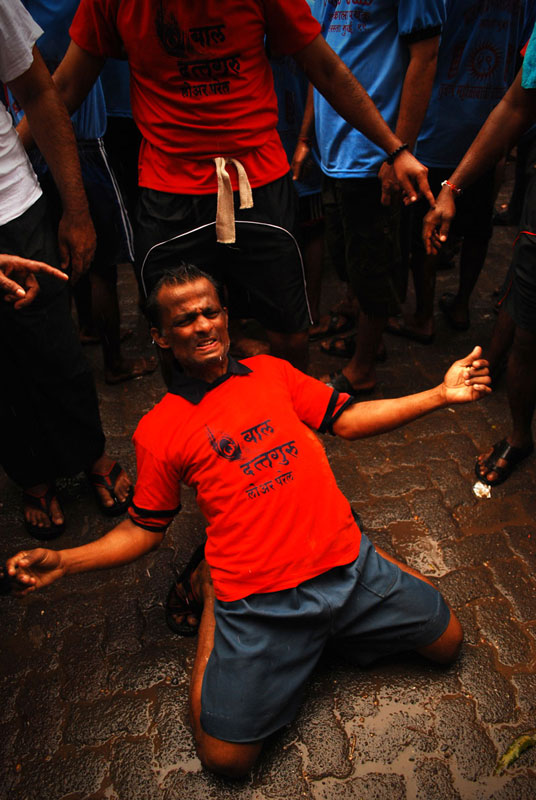 In the spirit of janmashtmi. 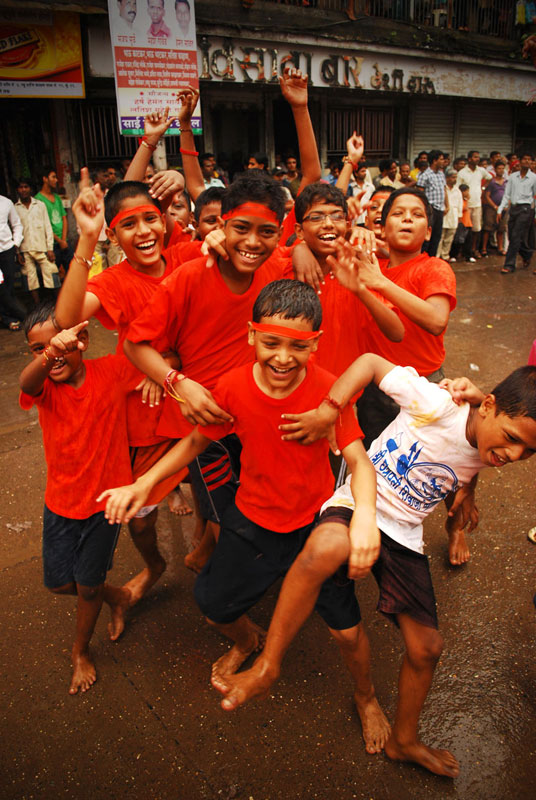 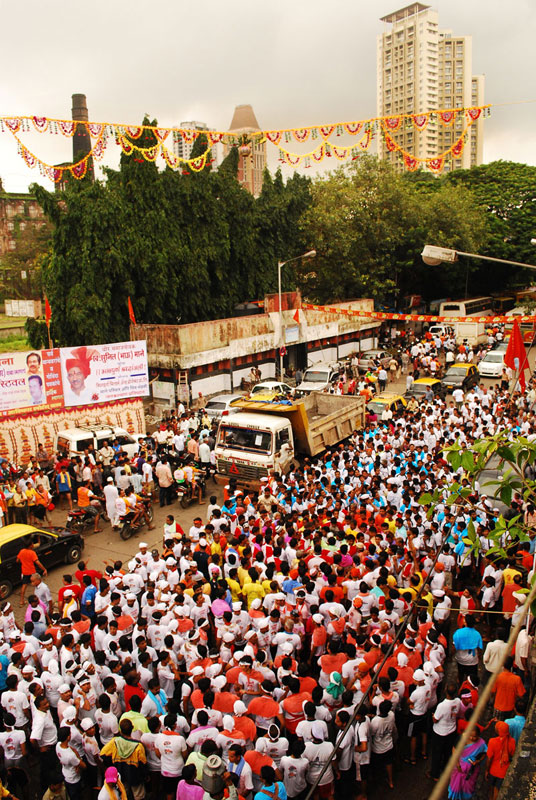 Govinda on streets of mumbai. 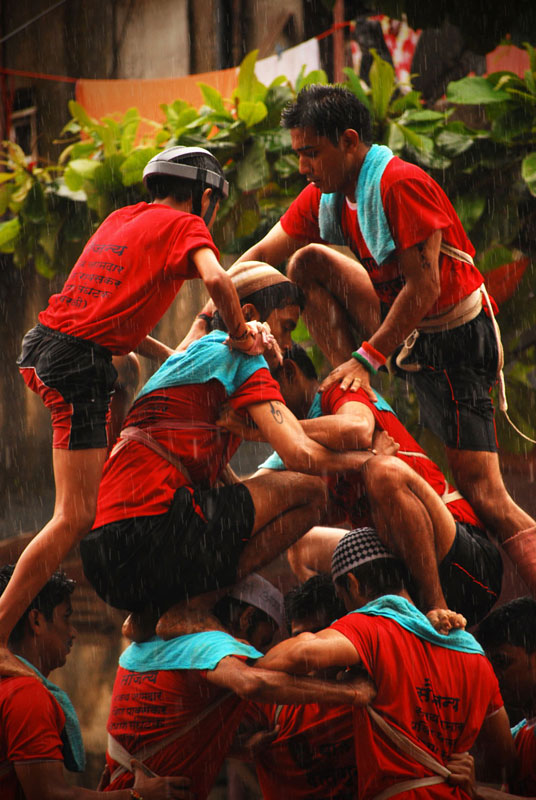 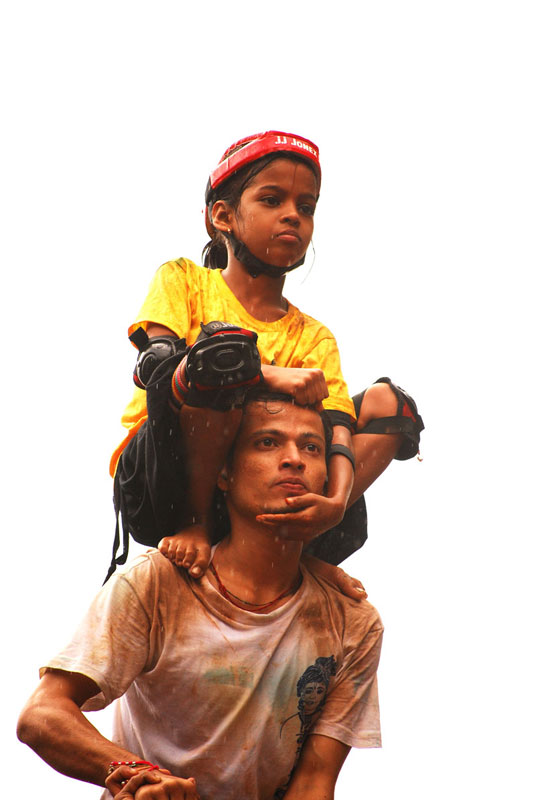