Imagery in Hinduism is preserved in its mythology. It is difficult to fully appreciate the iconography of images from the Hindu tradition without identifying with the philosophy behind it. A myth here is not easy to understand, but the code of myth can be broken by symbols. Symbols of a deity make up a pictorial script. Brahmā, the first of the three great Hindu gods, is the maker and father of all gods and men. He is the boundless immensity, from which space, time and causation originate. In the Mahābhārata, and Purānas, Brahmā is said to have sprung from the lotus originating from the navel of Vishnu. The Vishnu Purāna mentions the word Brahmā as derived from the root vriha (to increase), because it is infinite (spirit), and because it is cause by which the Vedas (and all things) are developed (ibid). He is equipped with all the know-how required for him to perform the task. His consort is Saraswati the goddess of knowledge. 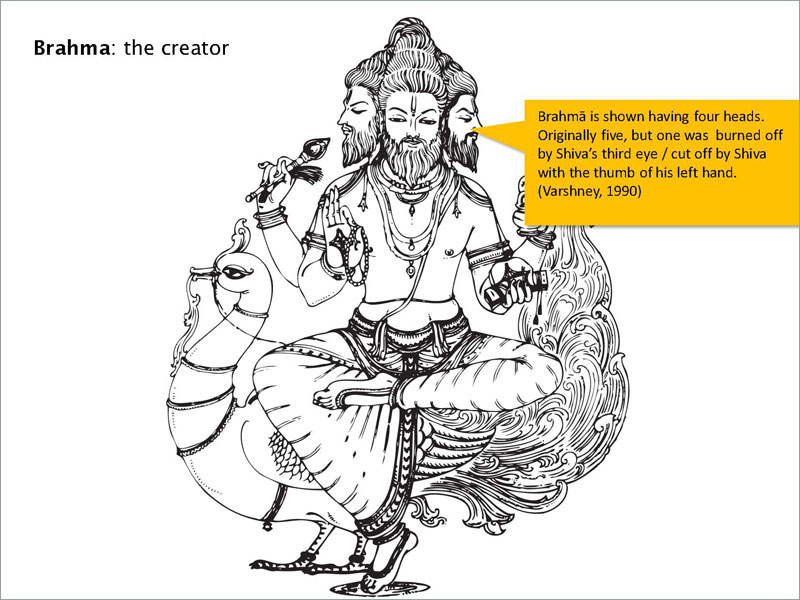 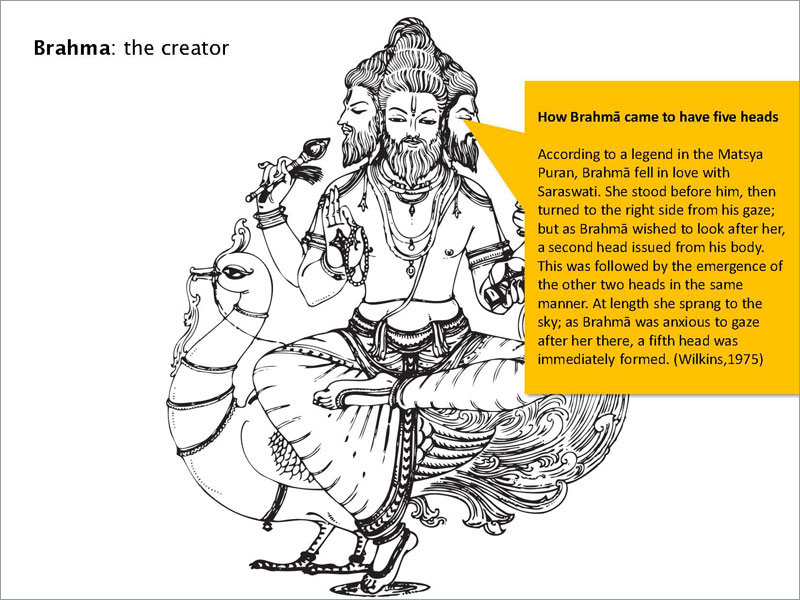 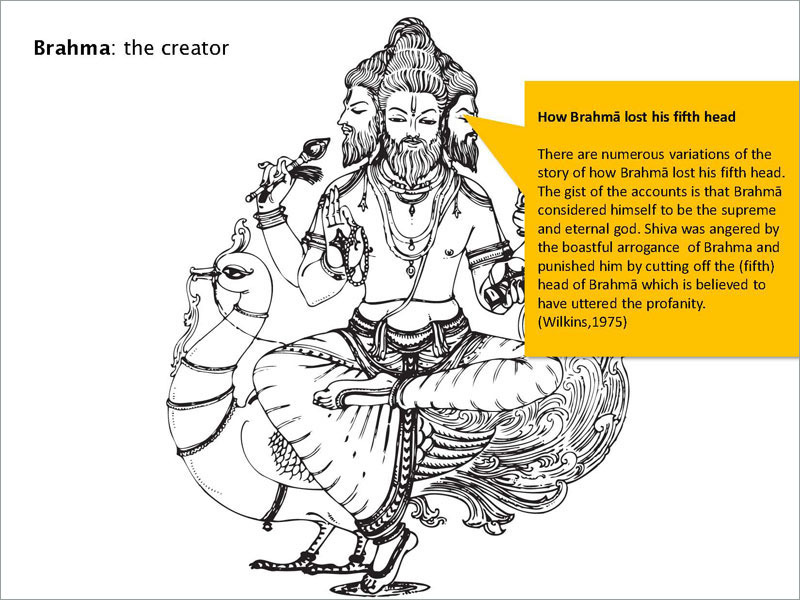 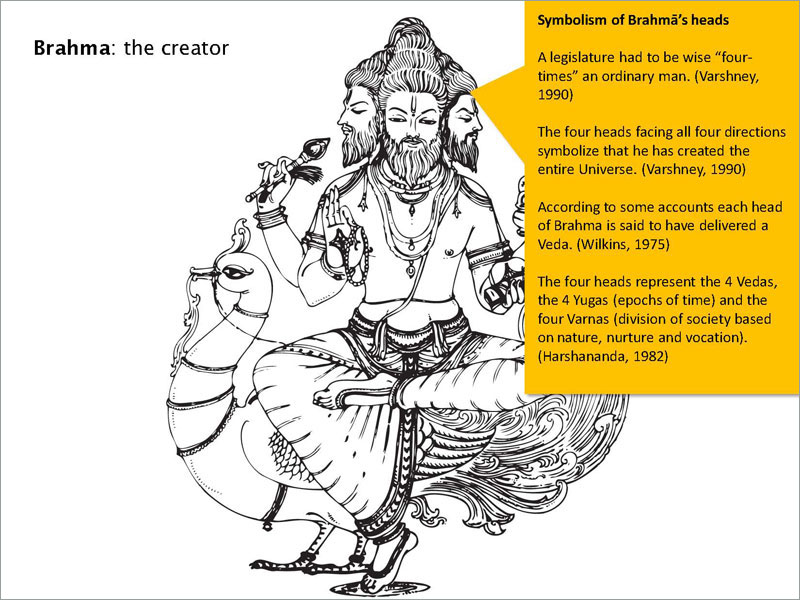 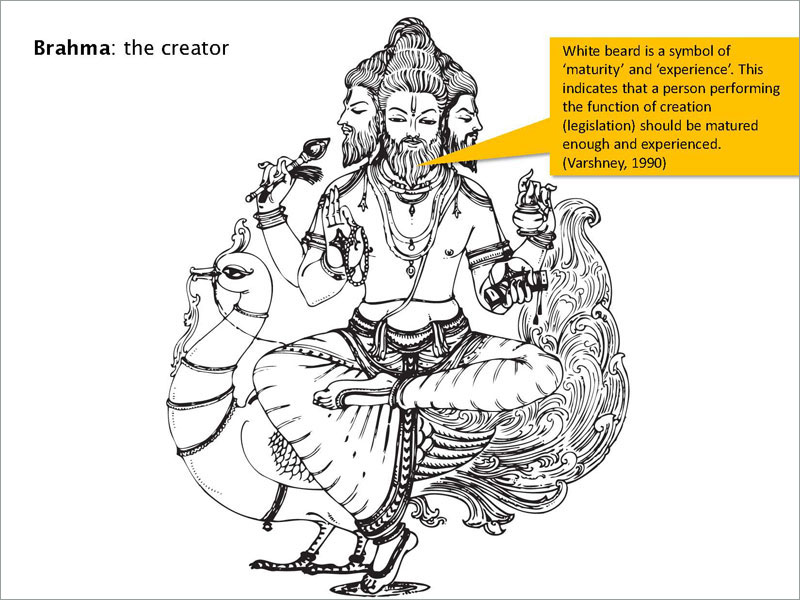 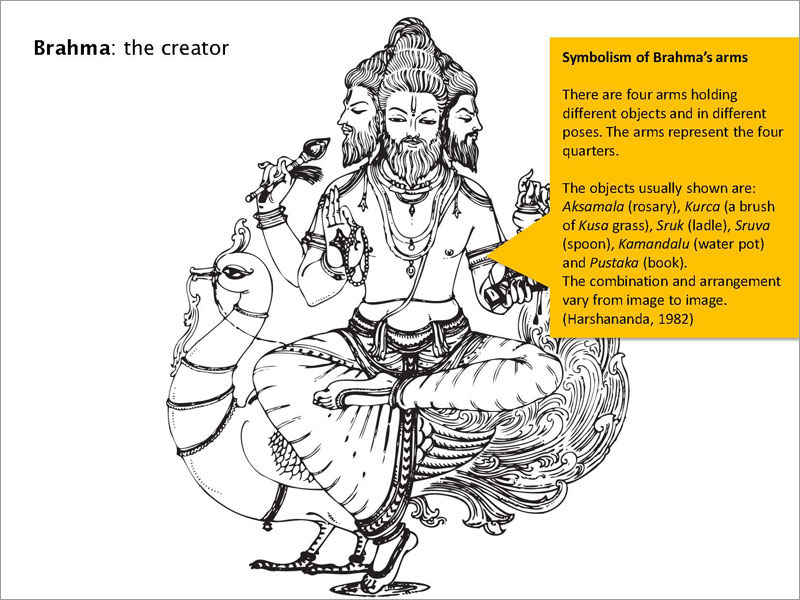 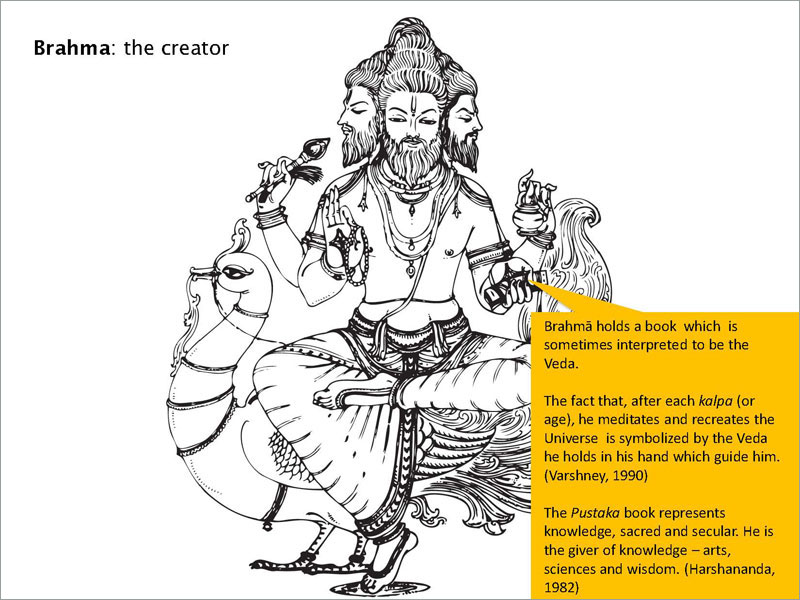 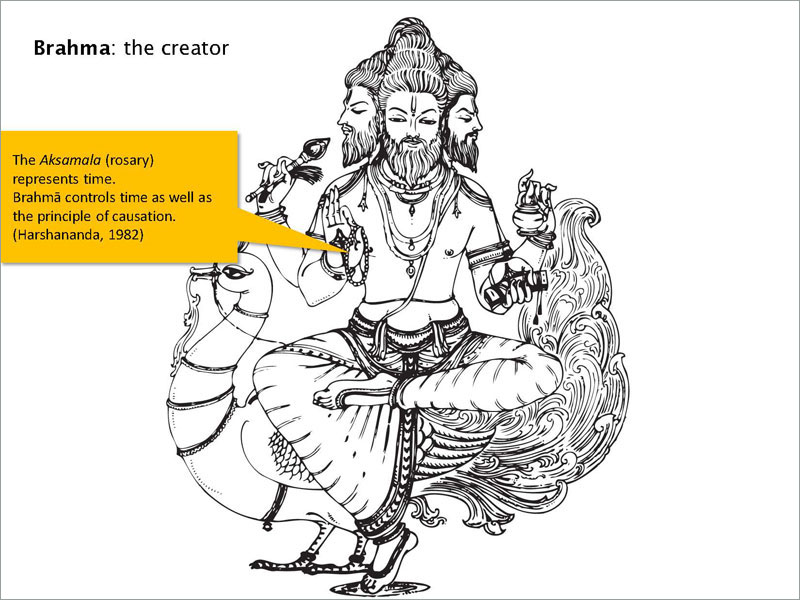 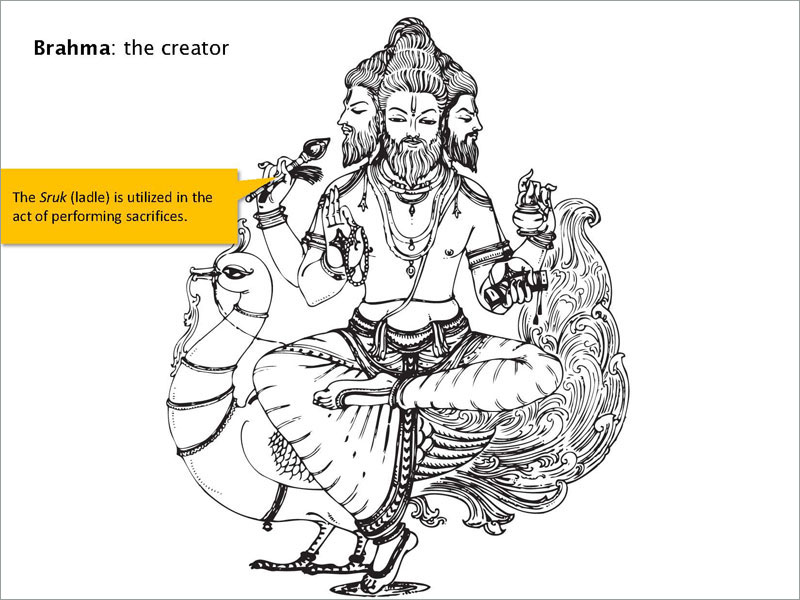 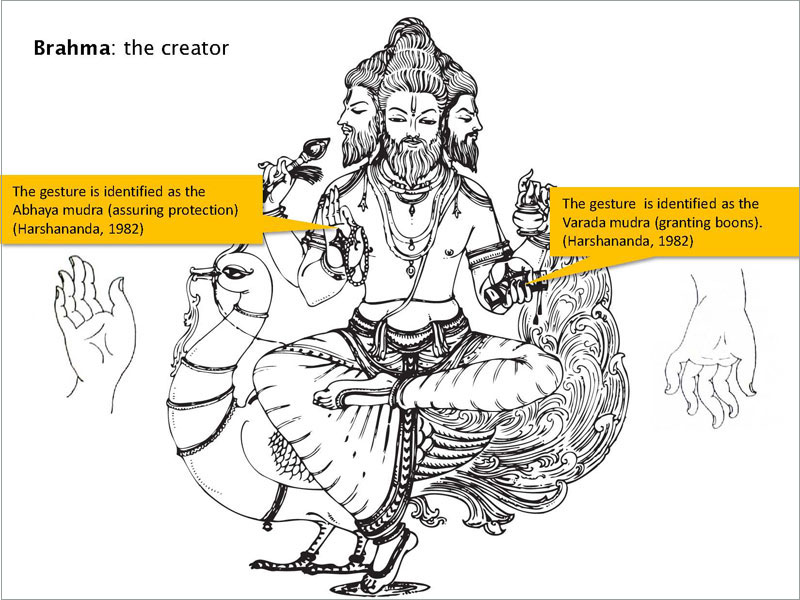 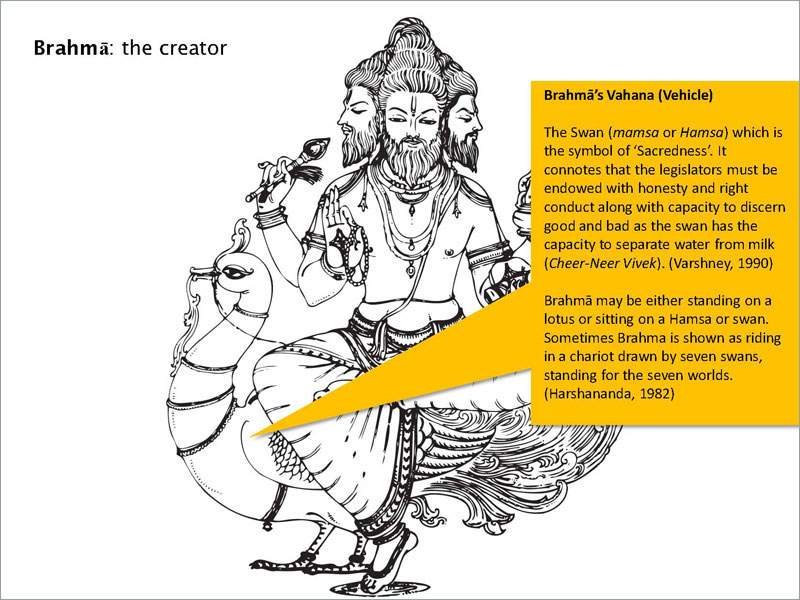 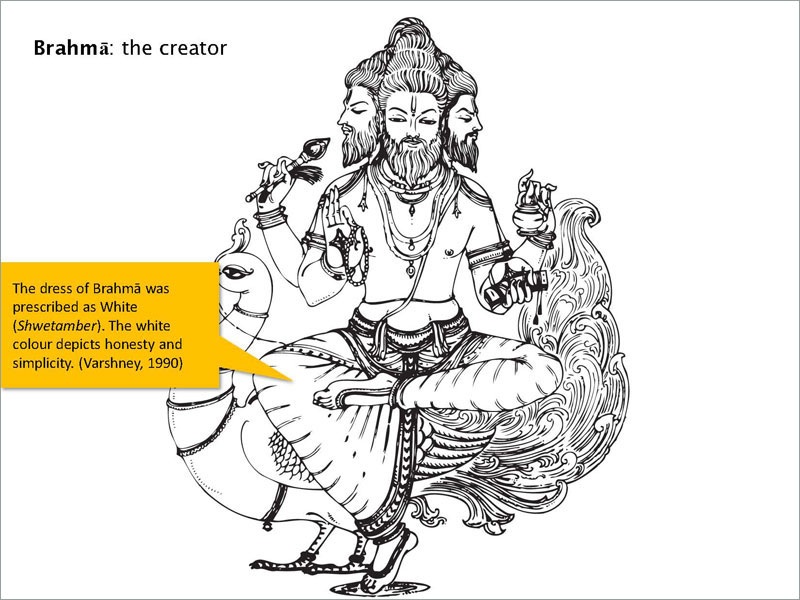