Imagery in Hinduism is preserved in its mythology. It is difficult to fully appreciate the iconography of images from the Hindu tradition without identifying with the philosophy behind it. A myth here is not easy to understand, but the code of myth can be broken by symbols. Symbols of a deity make up a pictorial script. Ganesha or Ganpati is the lord of obstacles. The elder son of Shiva and Parvati, he is know by many names some of which are Vinayaka, Vignesvara, Gajānana (one having the head (= ānana) of an elephant (= gaja). Ganesha is worshipped before undertaking any task, as he has the power to remove obstacles. An important from of Ganesha is Mahaganapati. In this form he has ten hands, each holding objects bestowed by ten deities. Among these are the fruit of the citron tree, associated with Shiva, the sugar cane bow, a gift from Kama (god of love), an arrow of a rice shoot, a gift from the earth, Varaha's mace and Vishnu's discus. 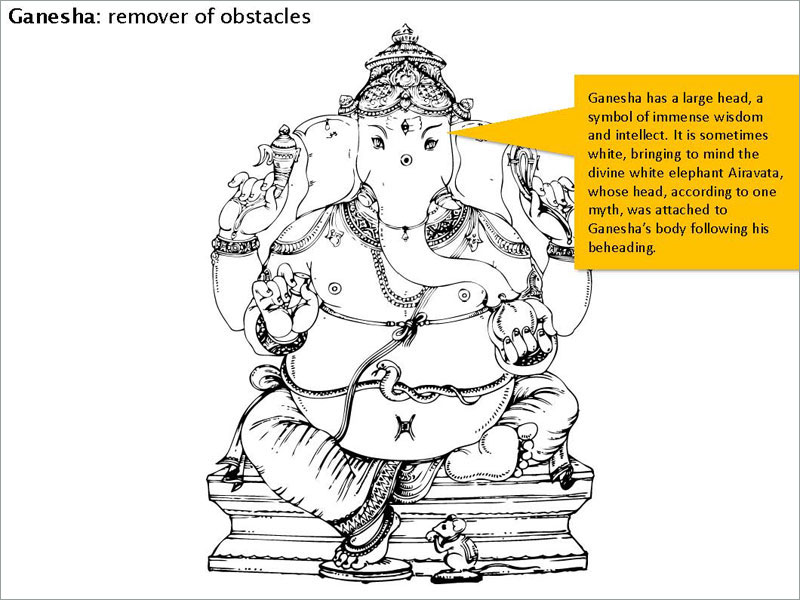 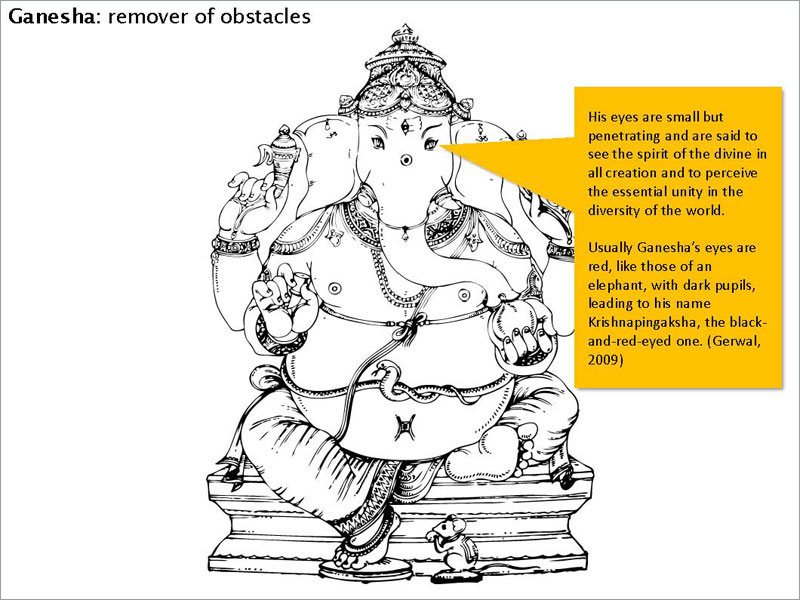 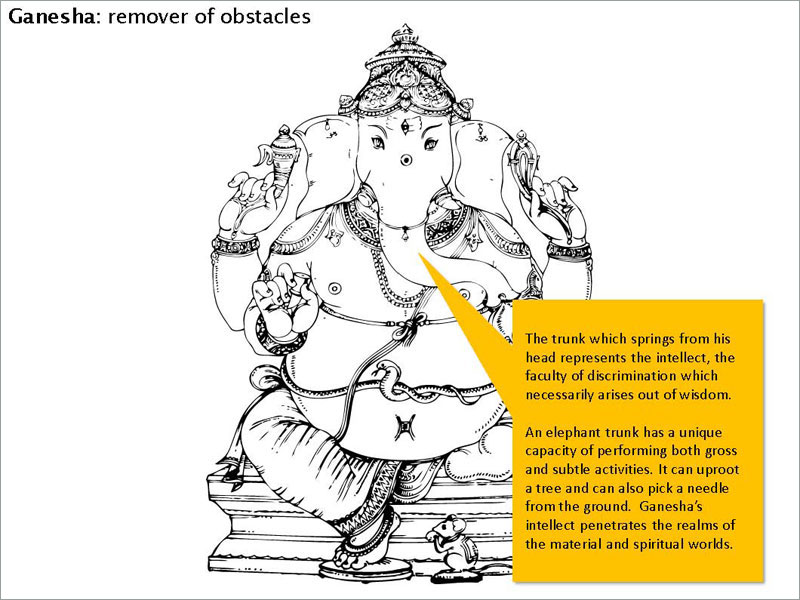 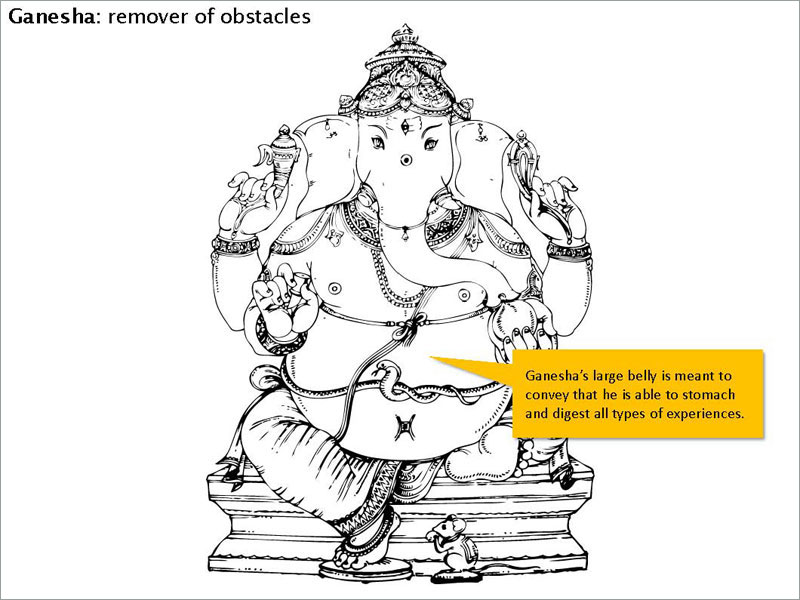 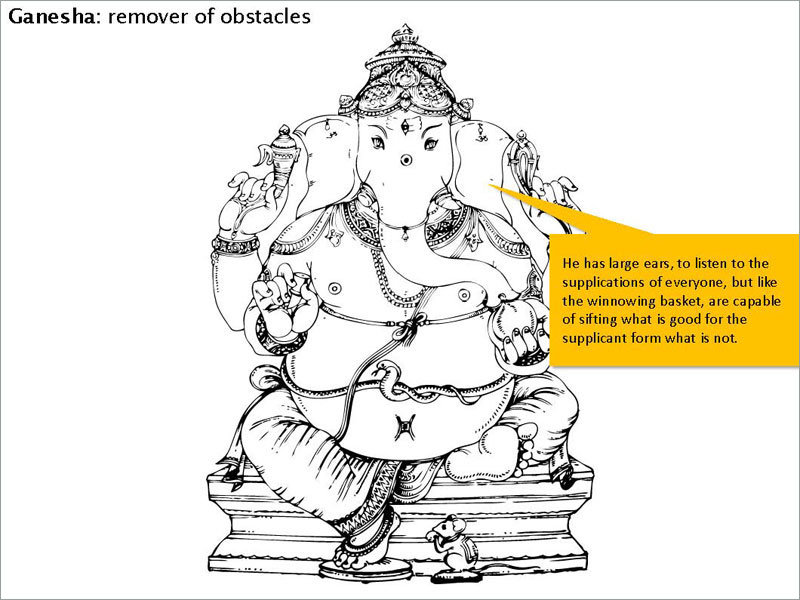 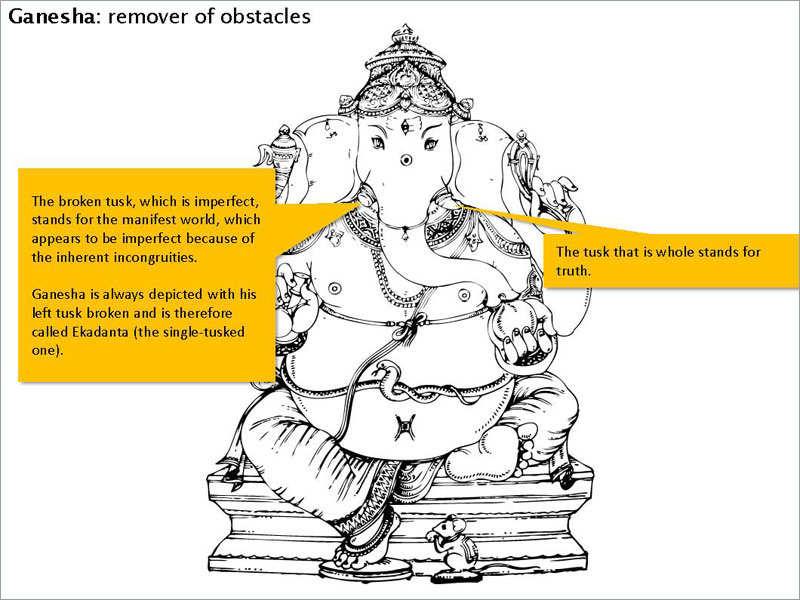 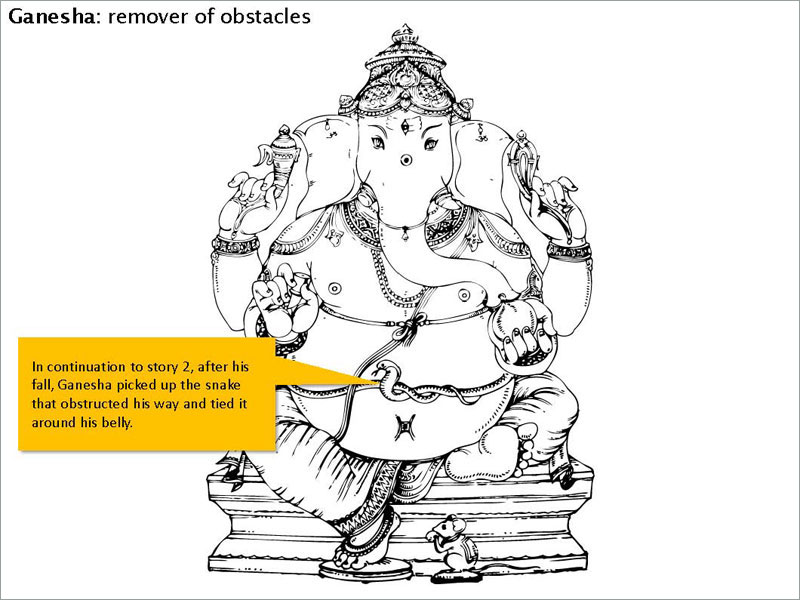 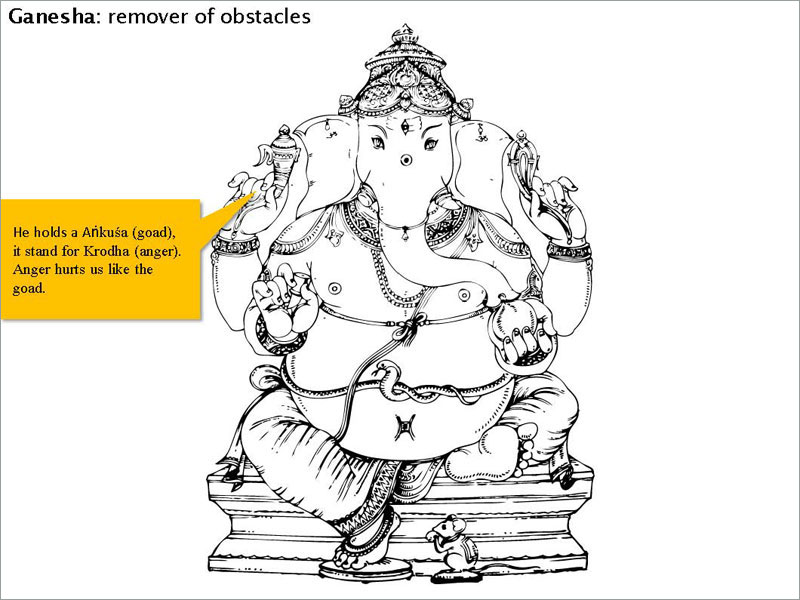 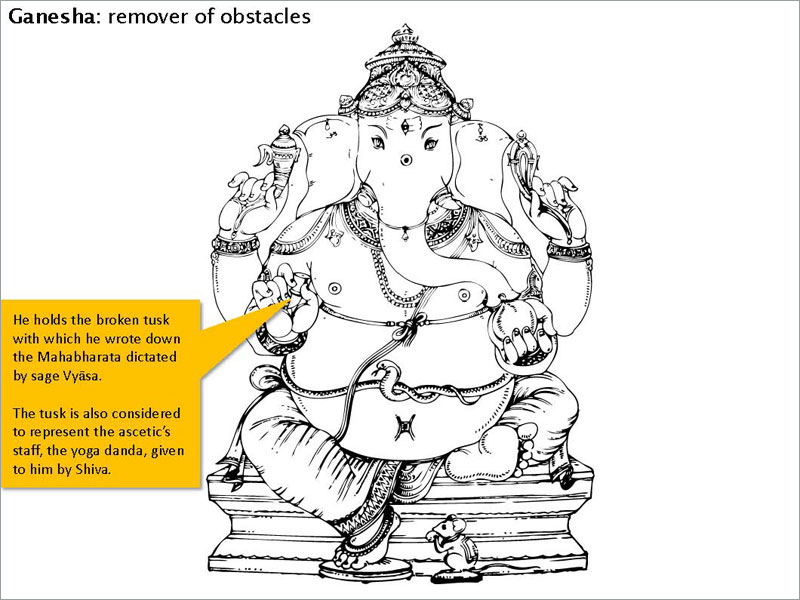 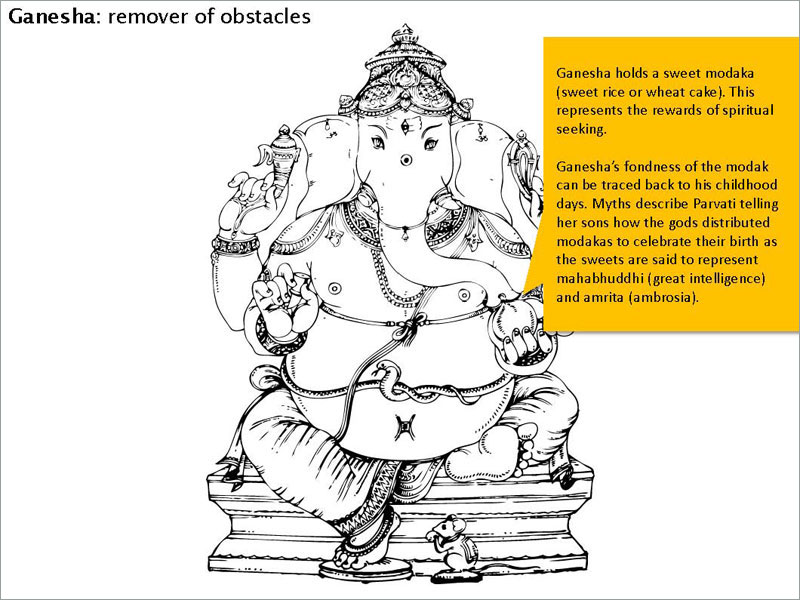 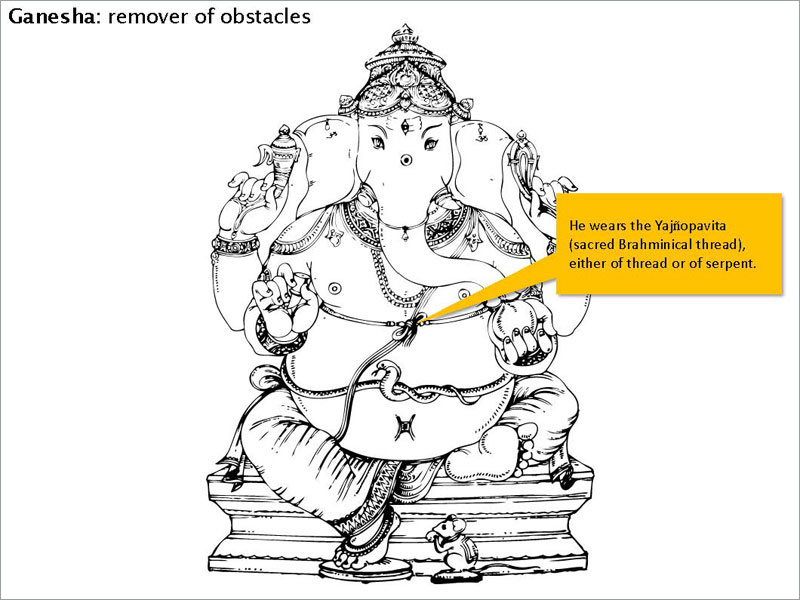 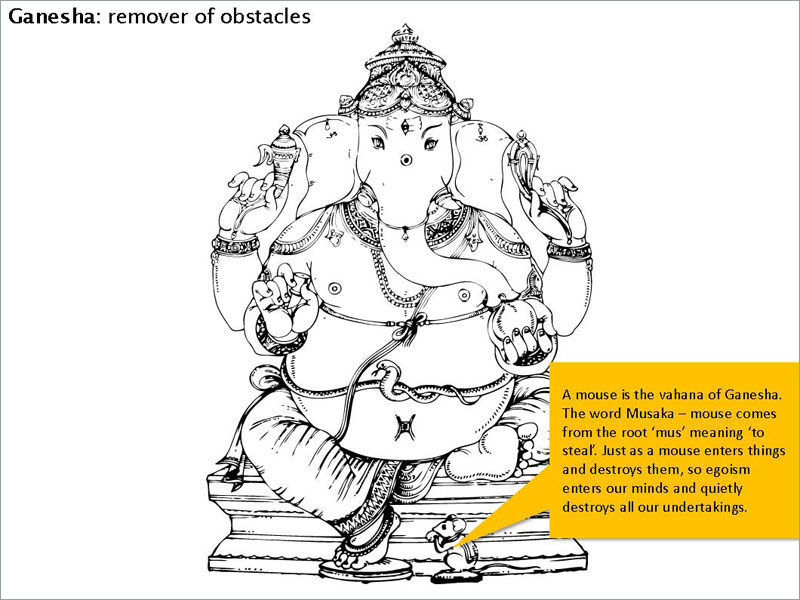