Imagery in Hinduism is preserved in its mythology. It is difficult to fully appreciate the iconography of images from the Hindu tradition without identifying with the philosophy behind it. A myth here is not easy to understand, but the code of myth can be broken by symbols. Symbols of a deity make up a pictorial script. Vishnu, is the second deity of the Hindu Trinity. He is responsible for the sustenance, protection and maintenance of the create universe. The word Vishnu means 'one who pervades, one who has entered into everything'. As a god who has the responsibility of maintenance, Vishnu requires lots of wealth; his consort therefore is Lakshmi – the goddess of wealth. The vehicle of Vishnu is a bird (eagle or hawk) or a half man half bird named Garuda , whose name means "Wings of Speech", a figure of great strength, power and piety. 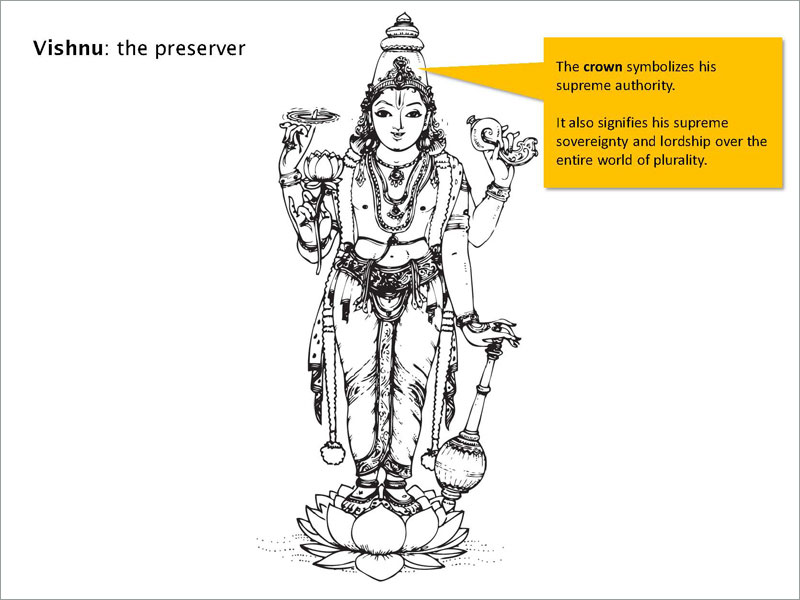 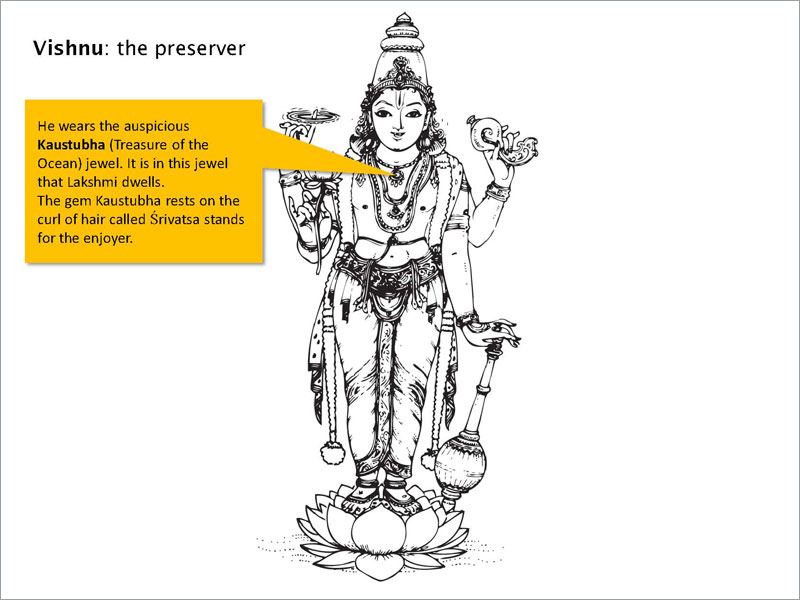 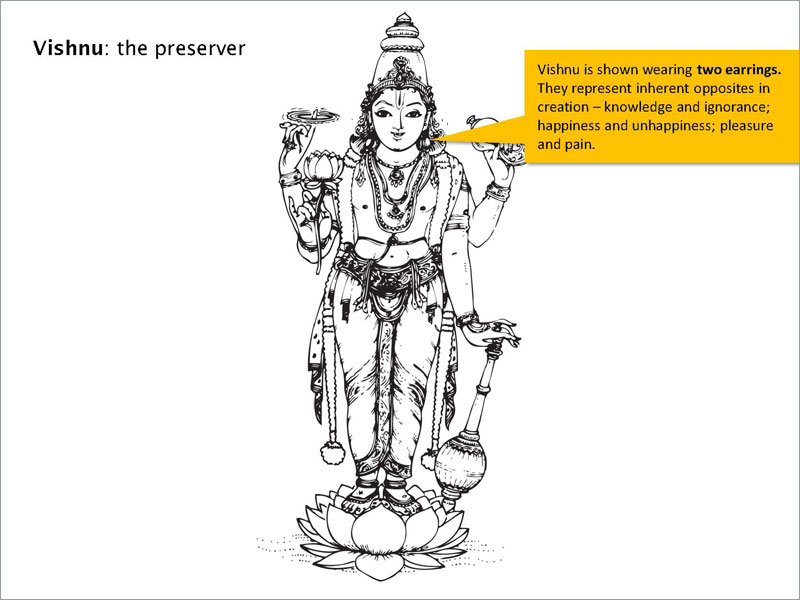 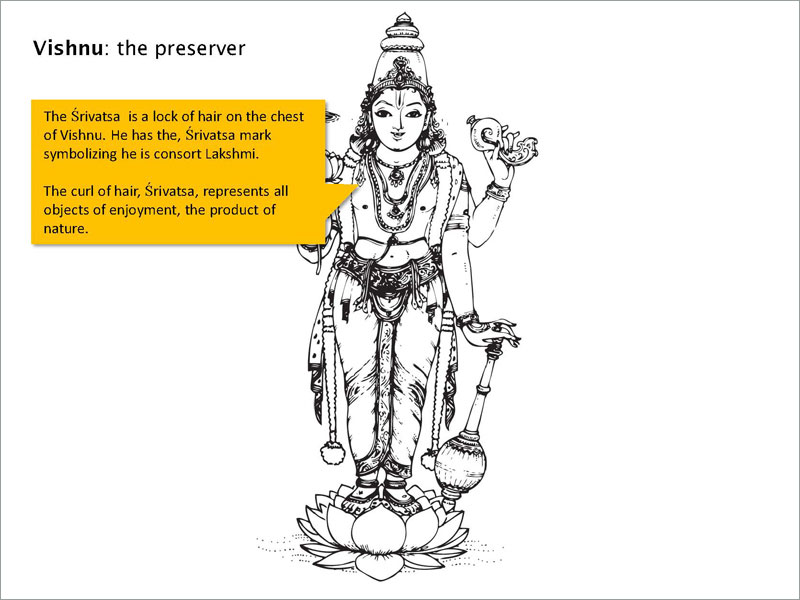 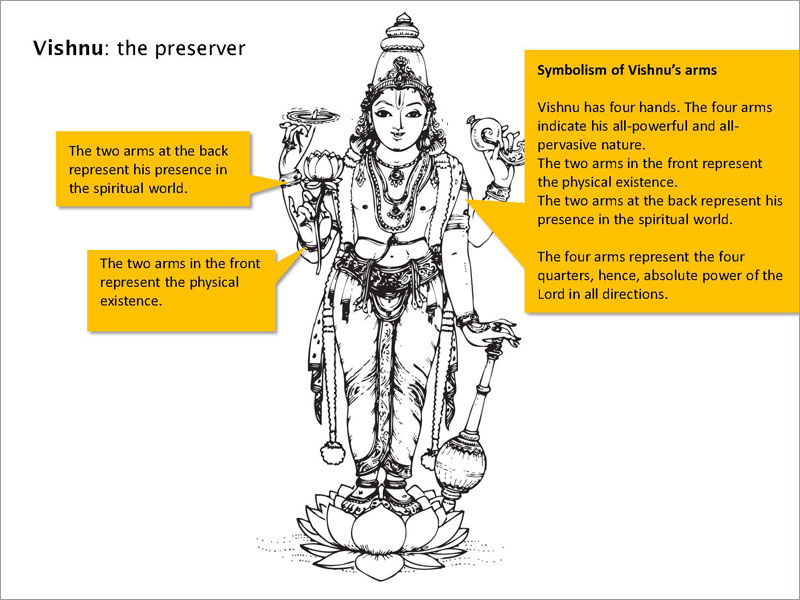 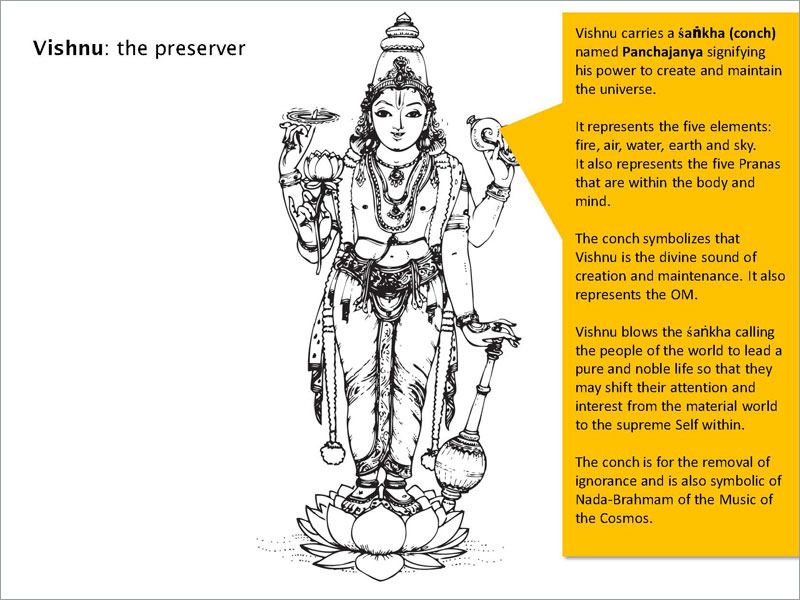 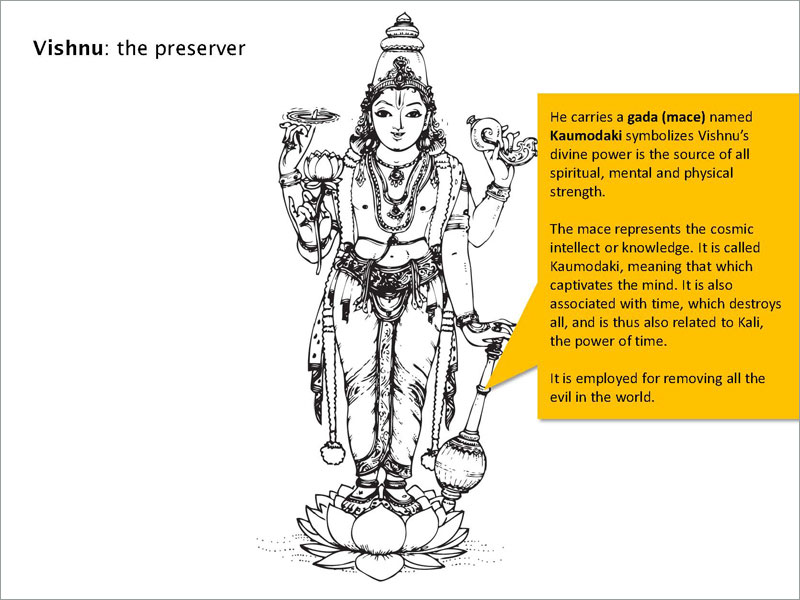 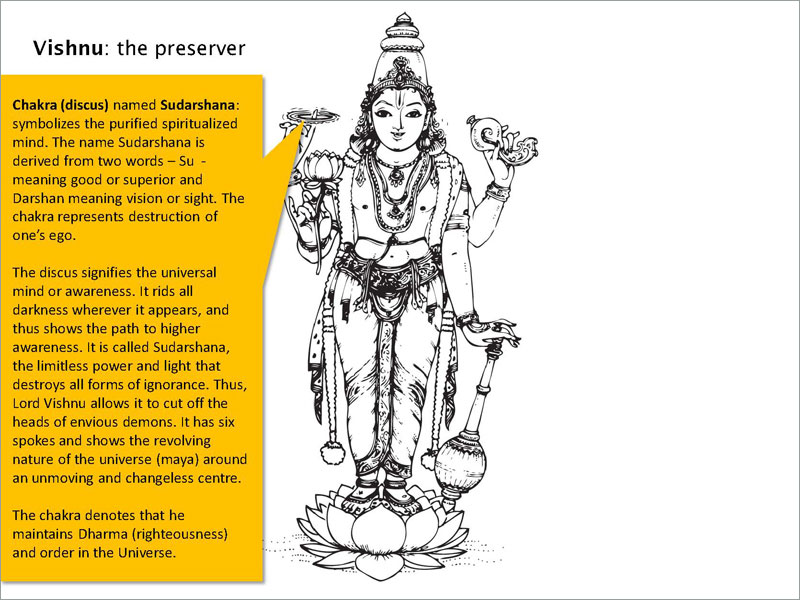 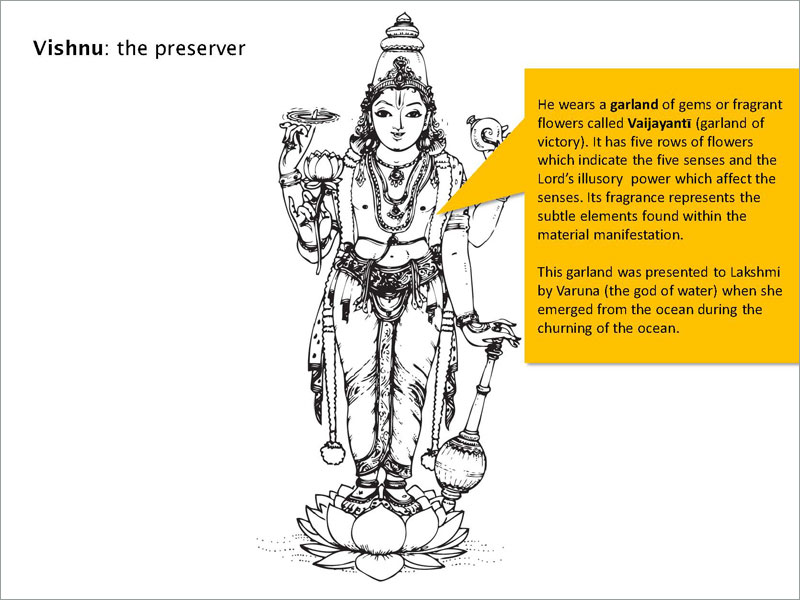 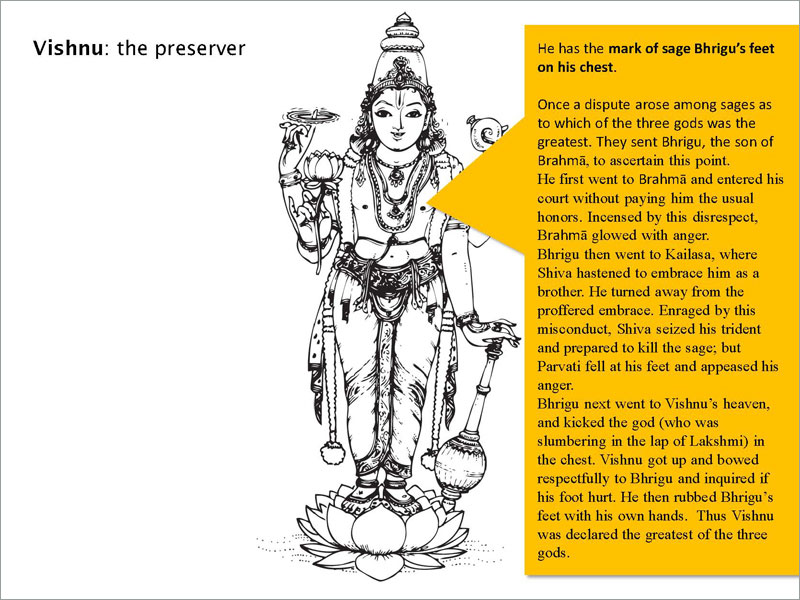 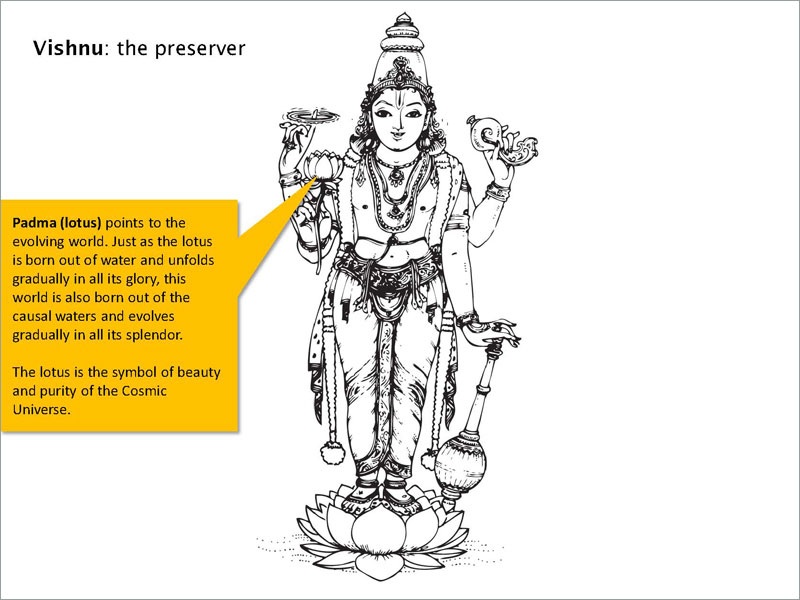 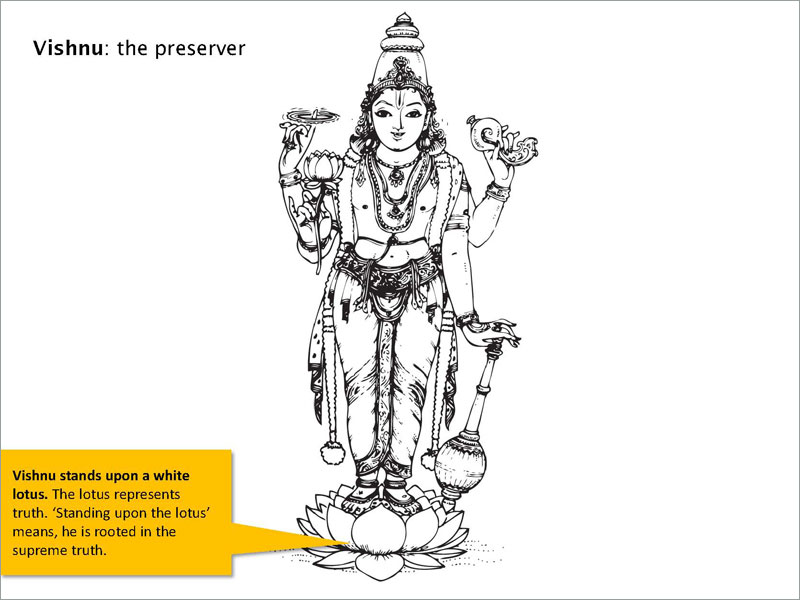