Kanha is a breathtaking creation of nature. The emerald green meadows, valleys densely wooded with thick stands of sal, hill slopes covered with mixed forests of saja, bija, tendu and bamboo, and the plateaux with grasslands scattered with stunted tree growth are the homes of the spectacular wildlife of Kanha. The jungle is famous all over the world for the awe-inspiring tiger. The tiger must be seen to believe why it is the king of the jungle, for its mystique no words can describe, nor can cameras capture. Kanha is also home to 43 species of mammals, almost 300 species of birds, over 26 species of reptiles, and innumer- able species of insects. The amazing diversity of plants includes around 600 flowering species—ranging from the majestic sal trees that shoot up a maximum of 100 feet into the sky, to ground-hugging grasses. This park, which is among the first nine tiger reserves launched under Project Tiger, is one of the finest wildlife protected areas not only in India but also in the world. The area of Kanha National Park covers 940 sq km of Central Indian Highlands. 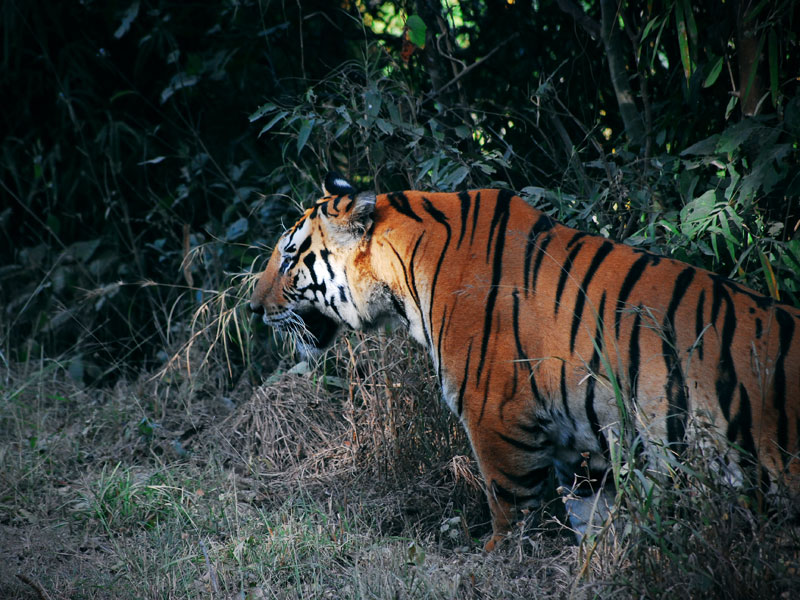 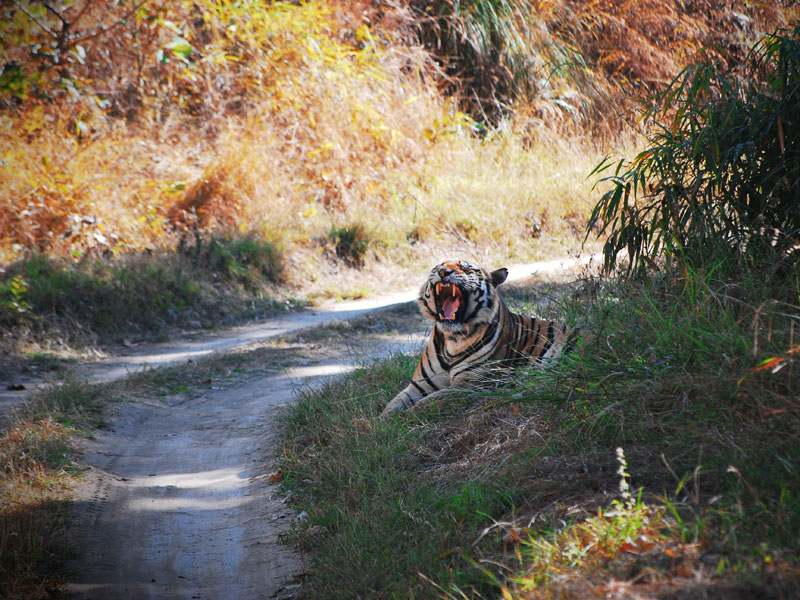 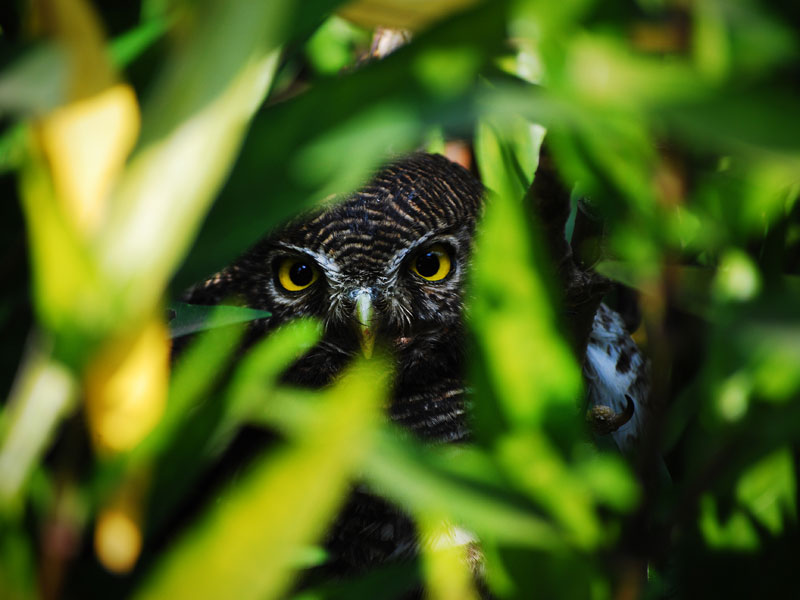 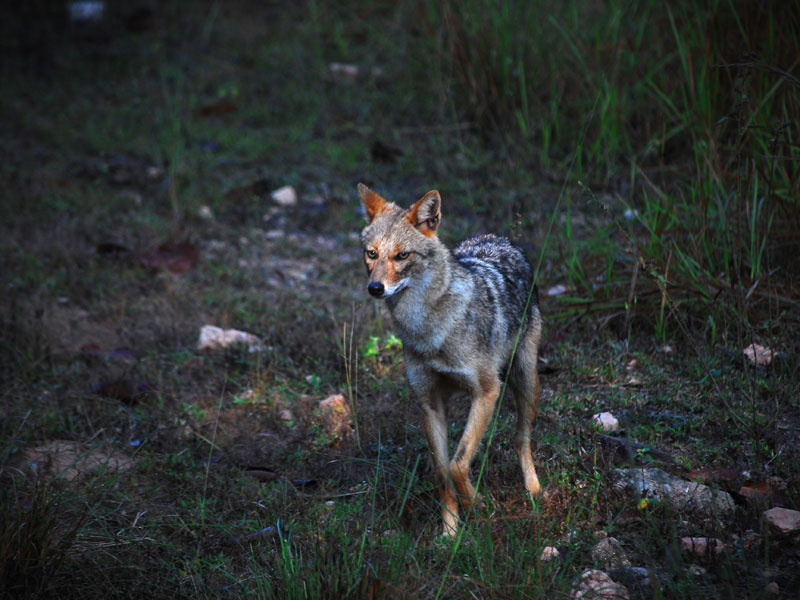 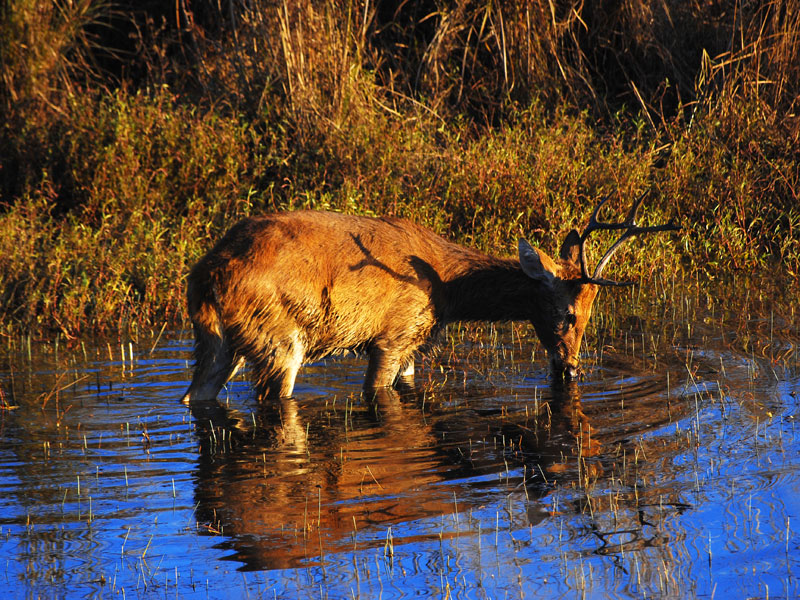 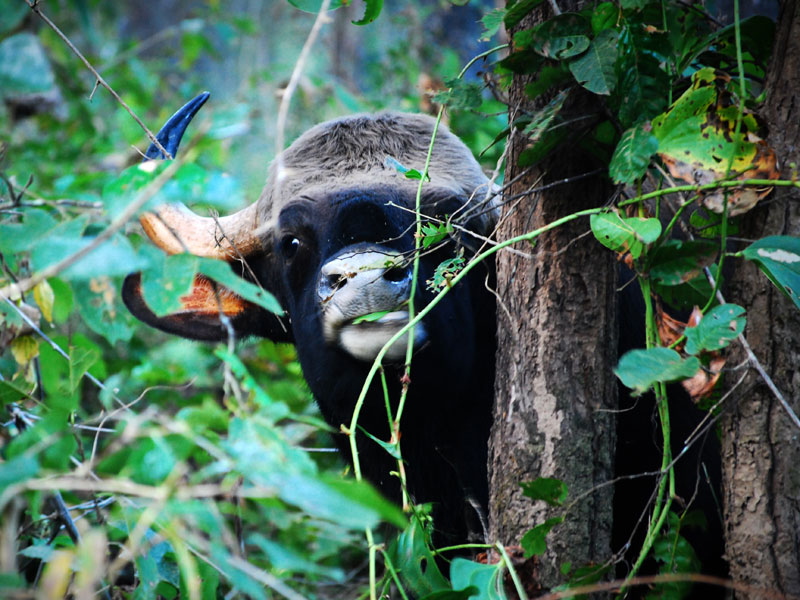 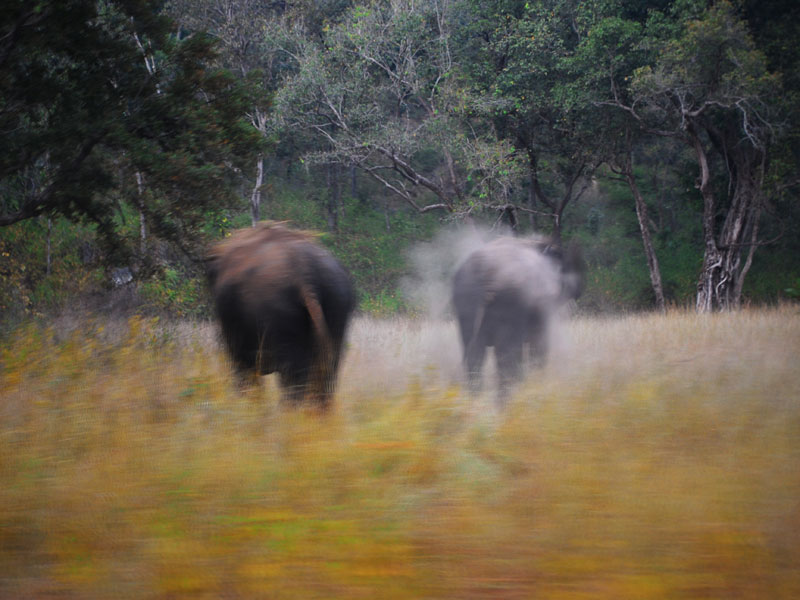 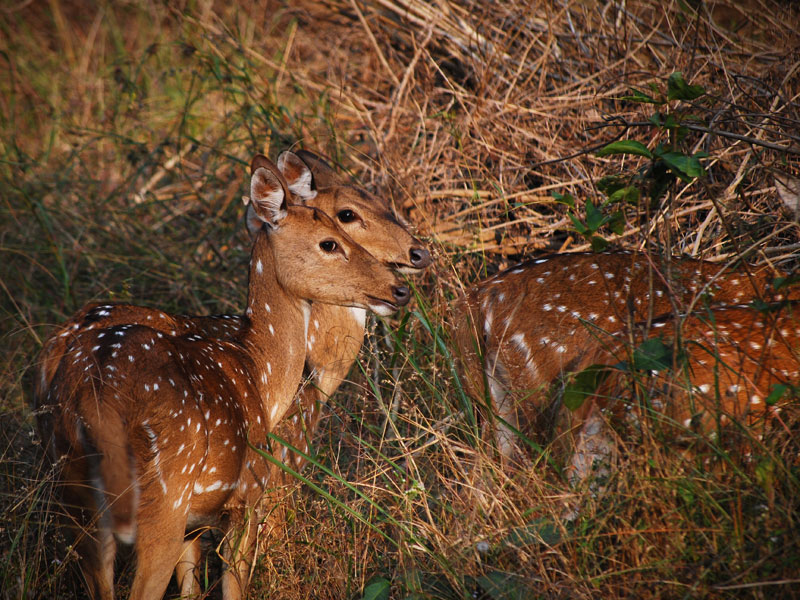 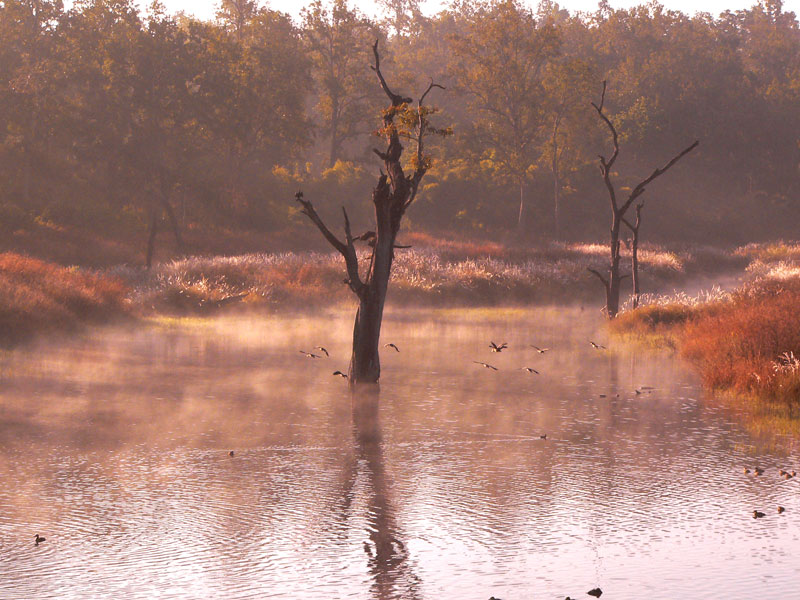 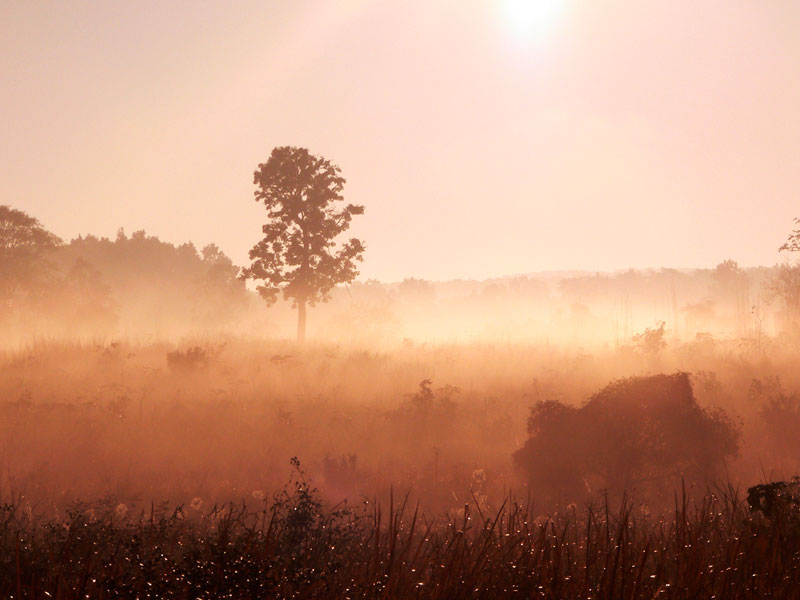 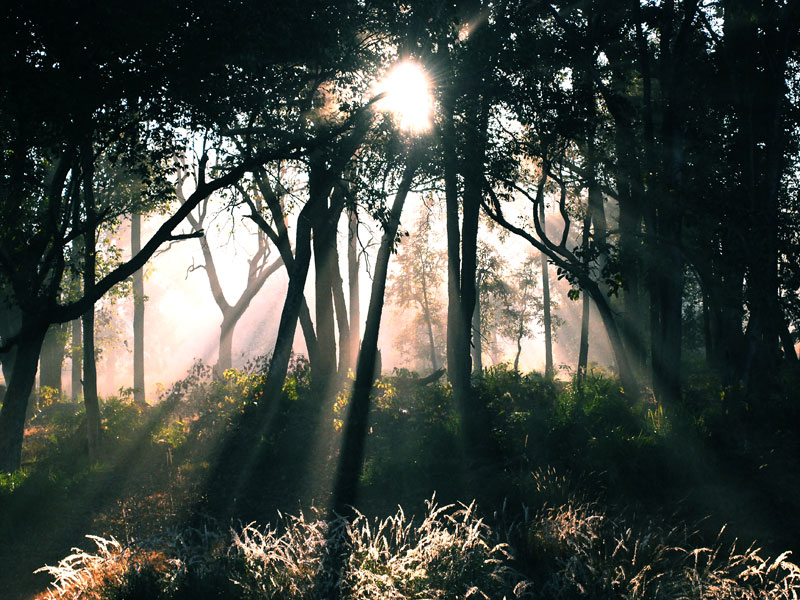 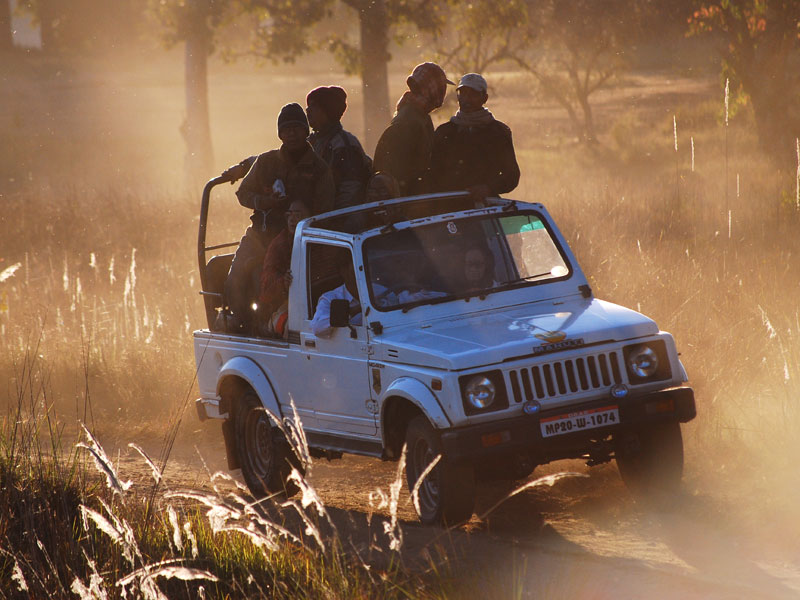