Muthappan or Sree Muthappan is a Hindu folk deity commonly worshipped in the north Malabar region of Kerala.  Muthappan is believed to be the personification of two divine figures, Thiruvappana and Muthappan vellatom’ are considered as the manifestations of Lord Vishnu and Lord Shiva respectively. The distinctiveness of this particular ritual is Muthappan is performed the whole year where as in other Theyyam performances are seasonal.

The origin and evolution of Theyyam is not scripted well and preserved, since a long time the stories were passed from generations to generations. According to Bridget and Raymond Alchin, "that a very large part of this modern folk religion is extremely ancient and contains traits which originated during the earliest periods of Neolithic, Chalcolithic settlement and expression" The castism and untouchabiltiy might be a major infused factor of emergence and growth of such folk gods and goddesses as well as folk rituals and practices. 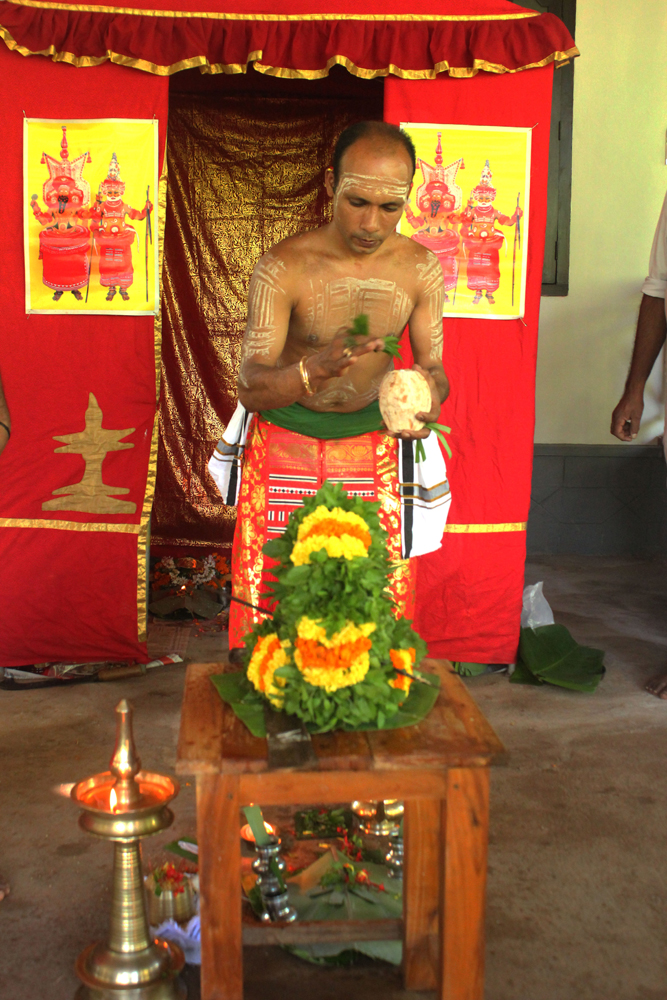 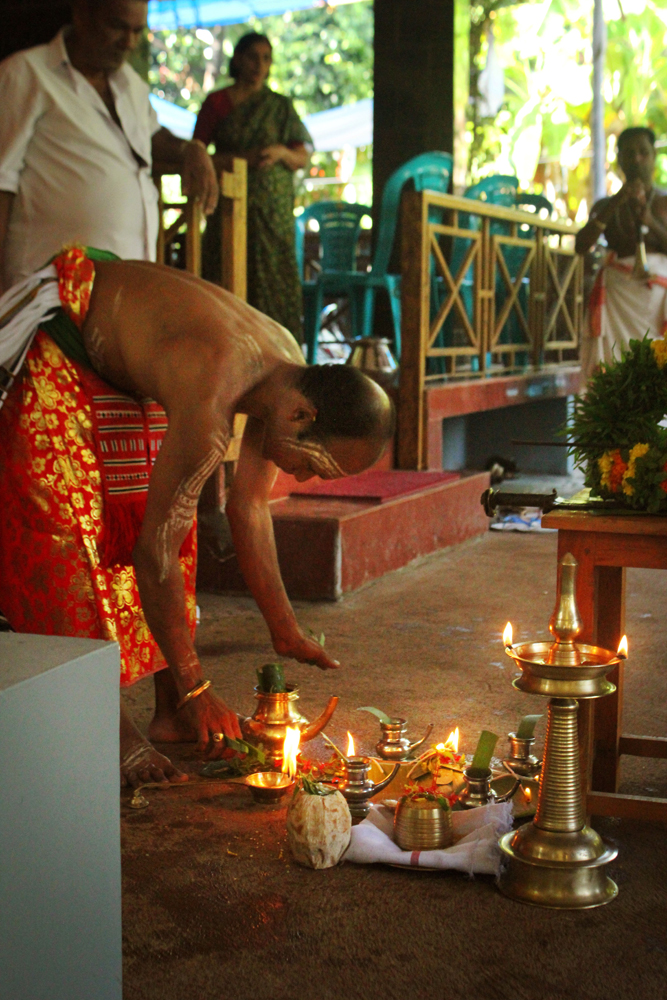 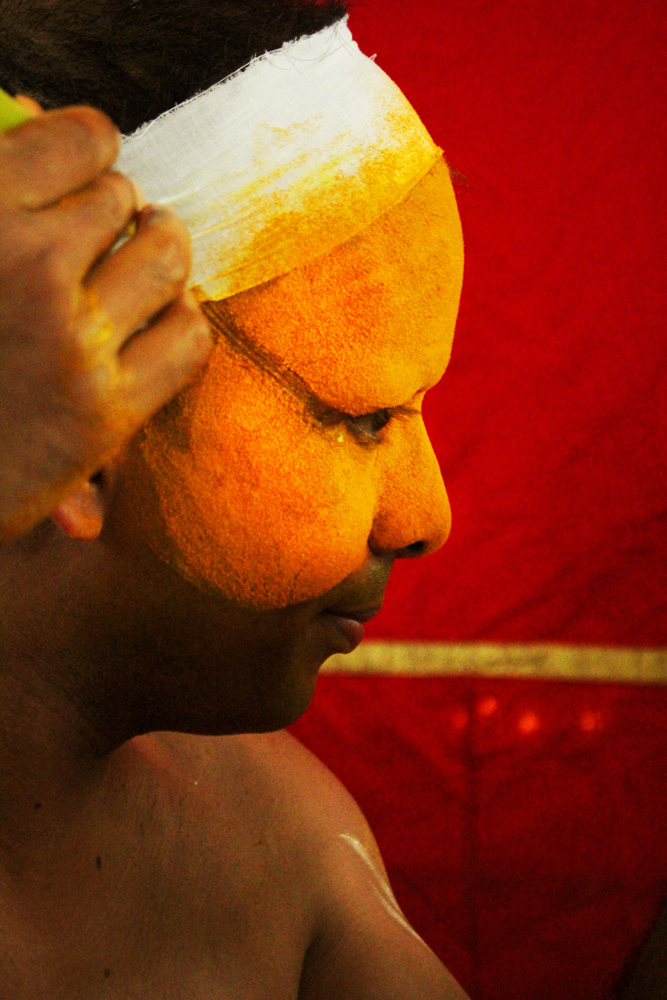 Mukhathezhuthu or facial make up is distinctiveness of each theyyam which makes them unique. 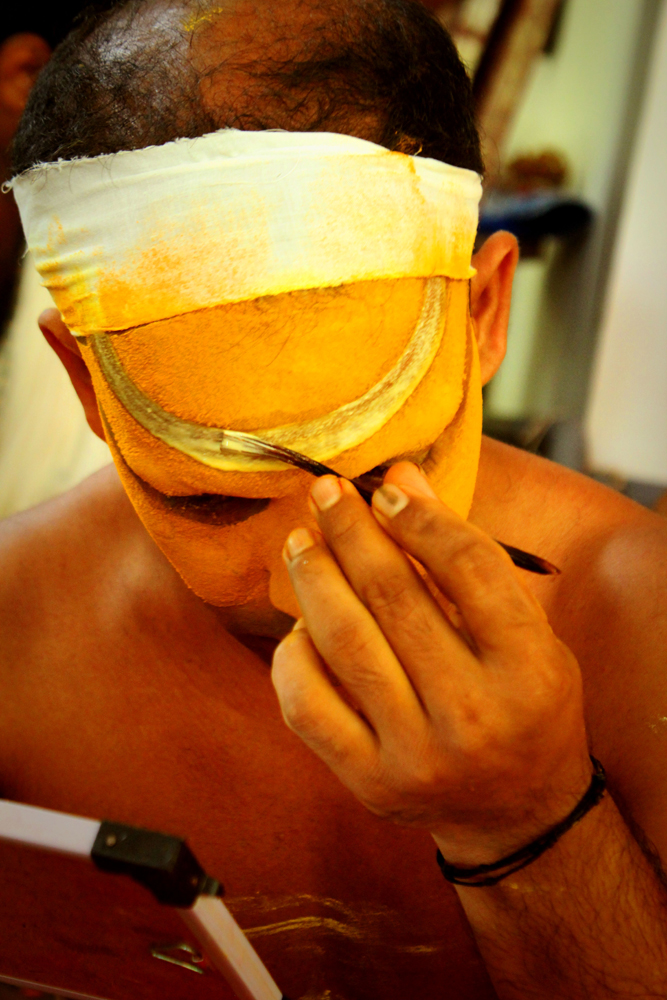 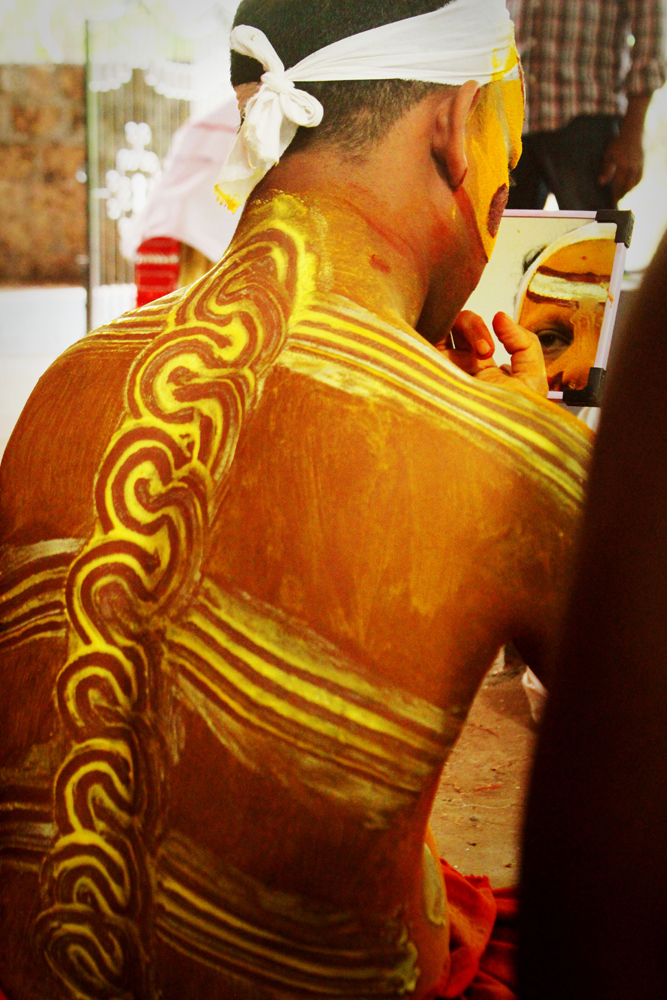 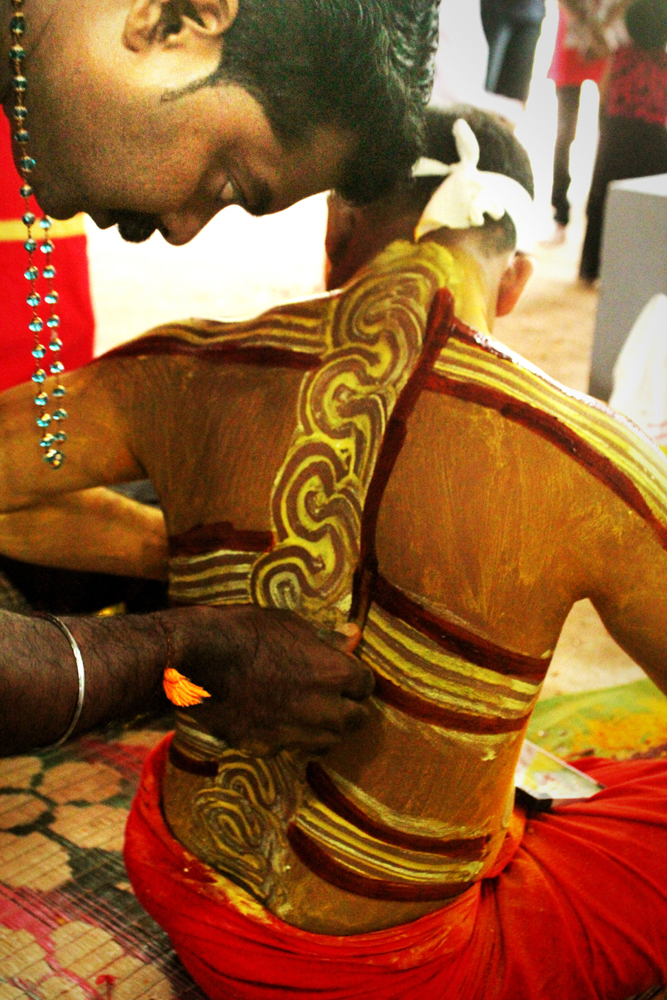 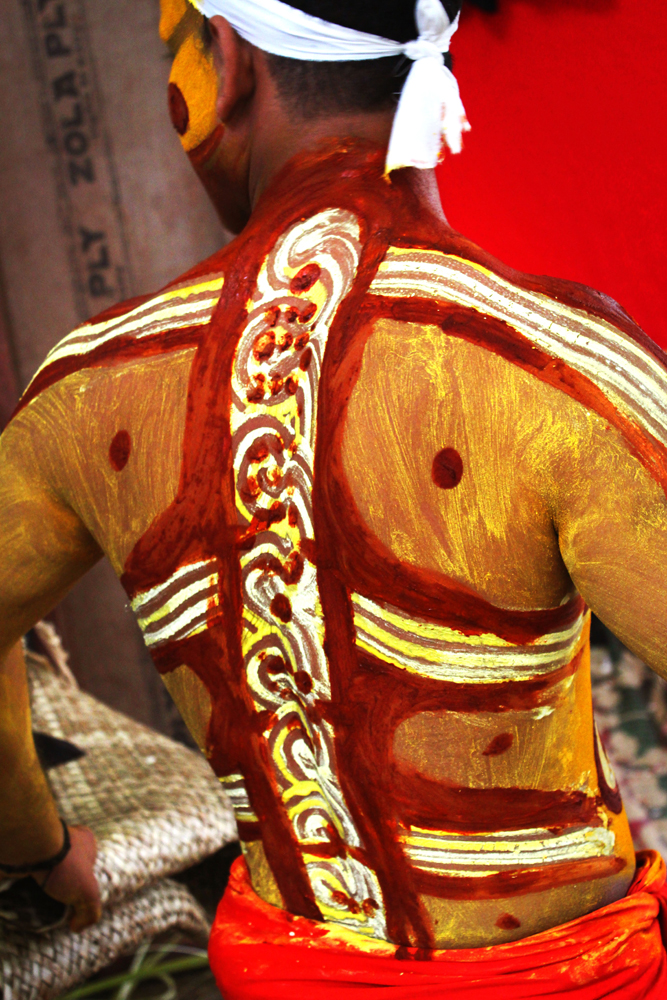 A defined pattern which has veiled connections to the Vedic secrets,’Kuriyola Ezhuthu’ signifies the seven cosmic energy points in human body. 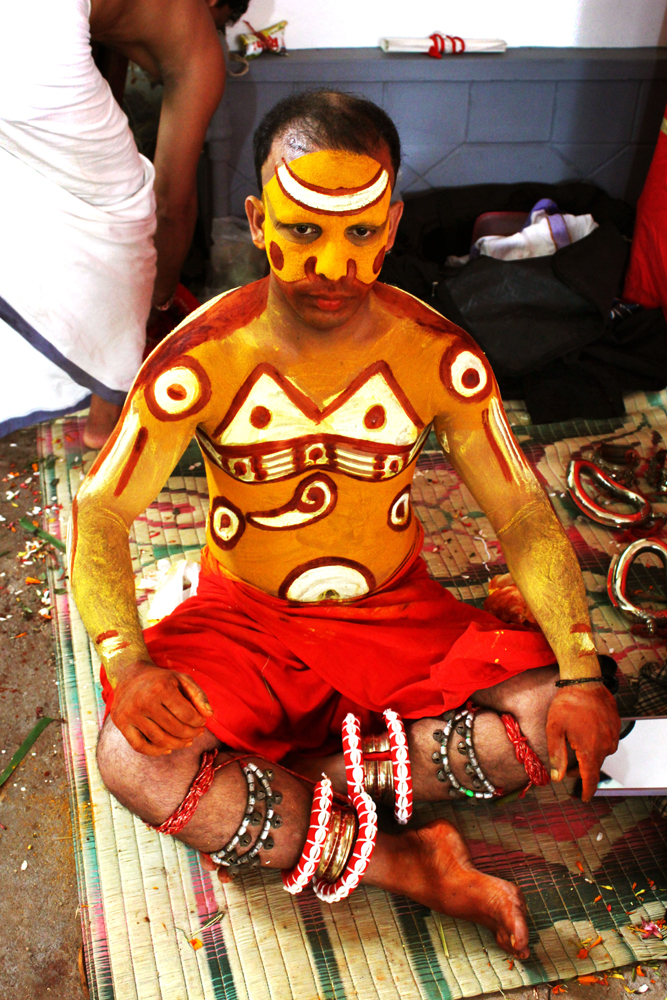 ‘Kolakkaran’ the performer who is transforming himself from human to god, indirectly spreading the vedic message ‘Aham Brahmasmi’ which mean I am the god. 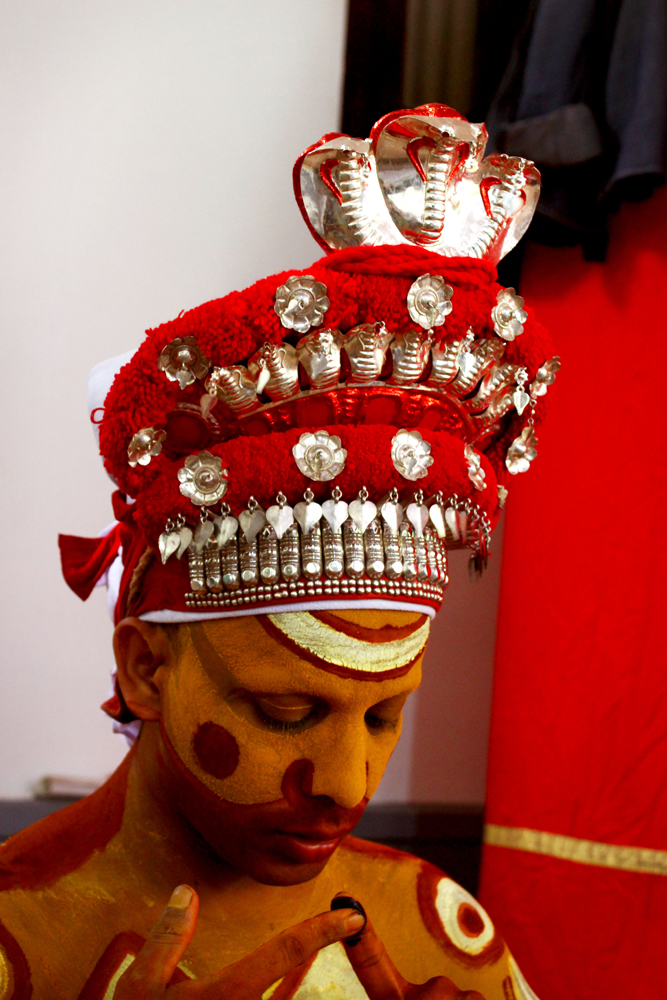 Holy crown of Muthappan and the silver embellishments depicts that he is embodiment of Lord Shiva. “Thirumudi” the headgear of Muthappan which is adorned with beautifully handcrafted silver jewelries. 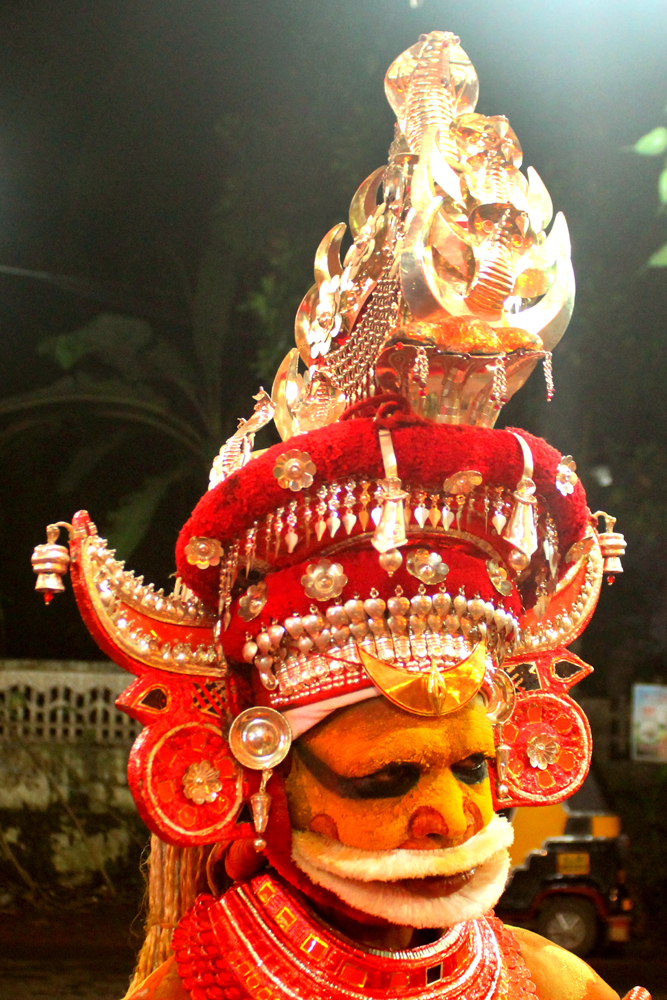 Muthappan at his fullest manifestation. 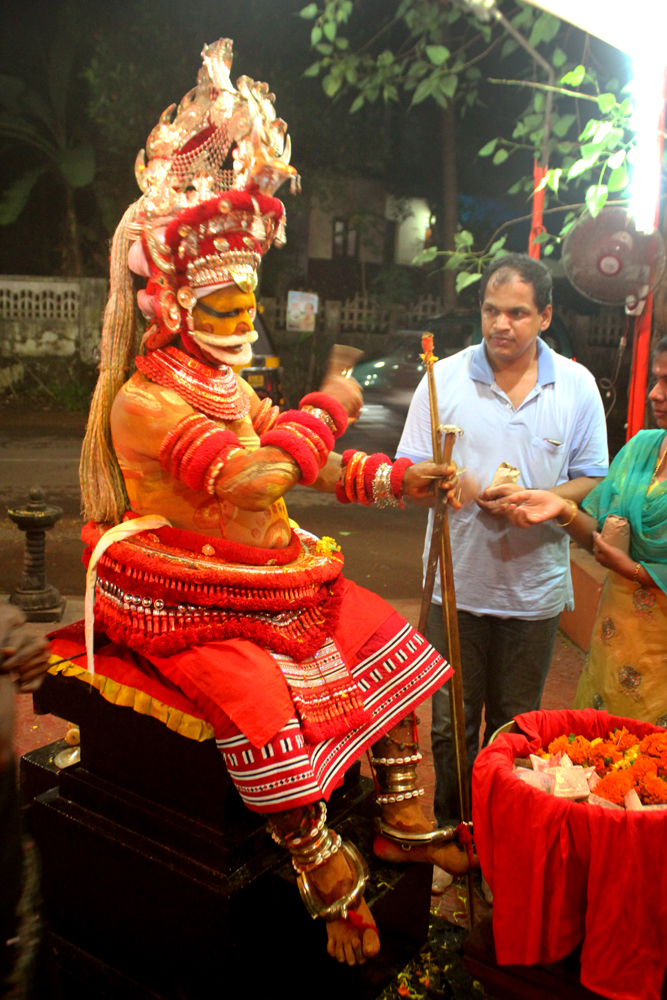 ‘Kuri Kodukkal’ Muthappan is giving blessings to his devotees.