Mysore paintings form a significant tradition of the classical south Indian paintings. These paintings are famous for their elegance, peculiar usage of colors and the stress on detailing. It requires tremendous hard work, patience as well as extraordinary expertise and proficiency to make a piece of Mysore painting. Under British hegemony, the Wodeyars, freed from security concerns, shifted attention to the patronage of the fine arts. Under their patronage, Mysore became a cultural centre of Karnataka, fostering a number of famous musicians, writers and painters.

Artists have different mindsets in terms of economy. In earlier times homeless artists used to take refuge in king's palace or wealthy people. Instead of giving money, they used to make paintings for them. Now a days, artists decide the price of the painting on the basis of amount of gold foil used in the painting and the skill involved. Today also only wealthy people can afford to buy them. Carrying the old tradition in modern time is a status symbol for people. 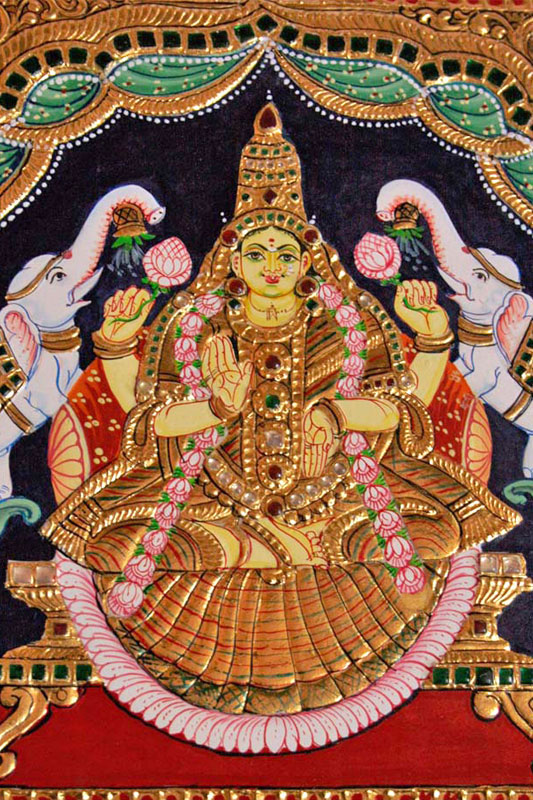 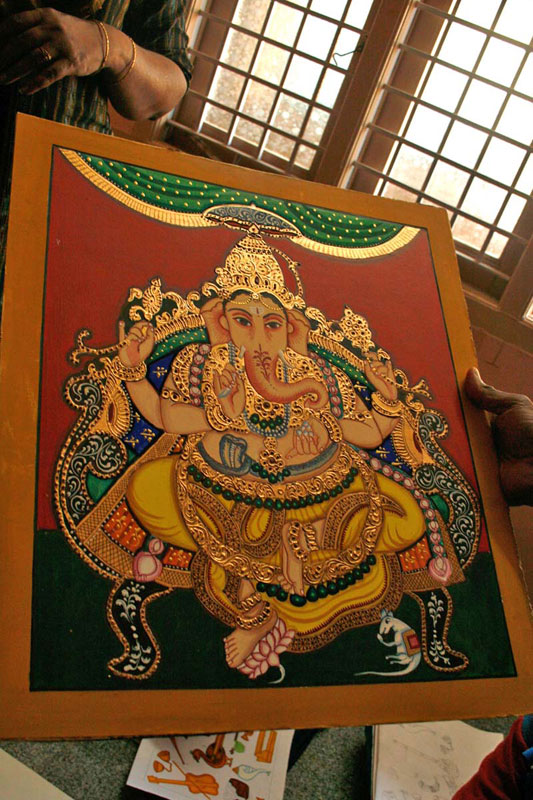 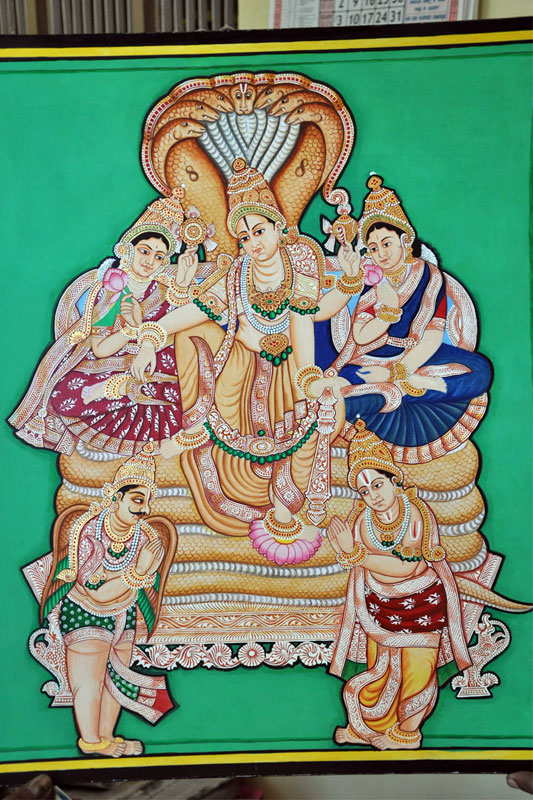 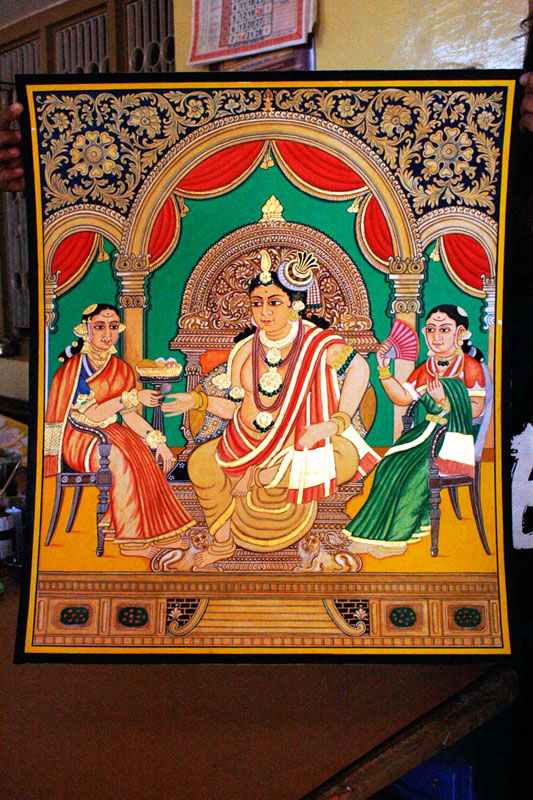 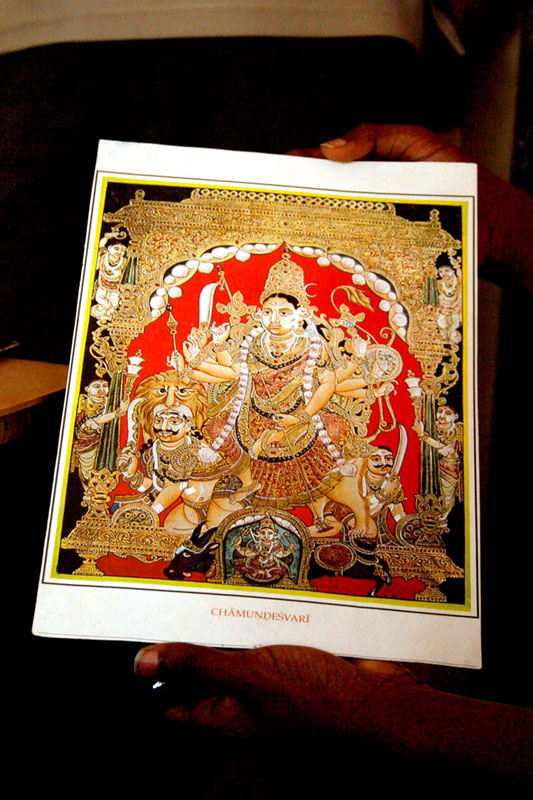 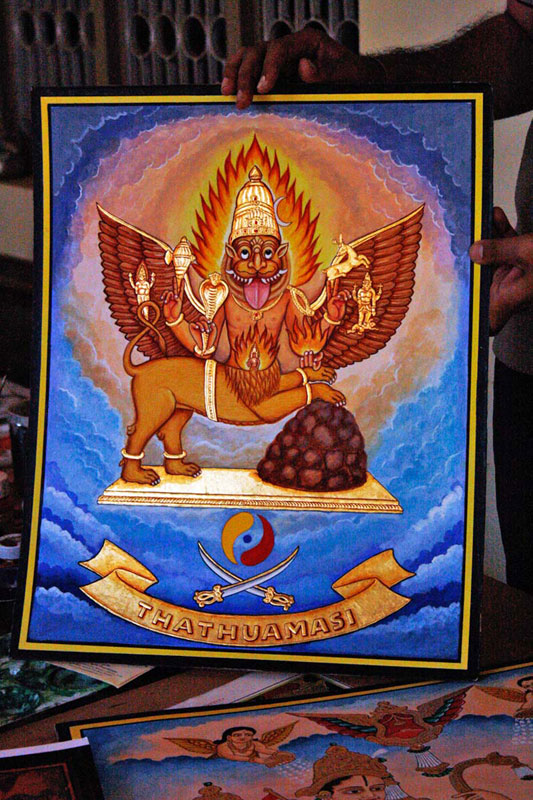 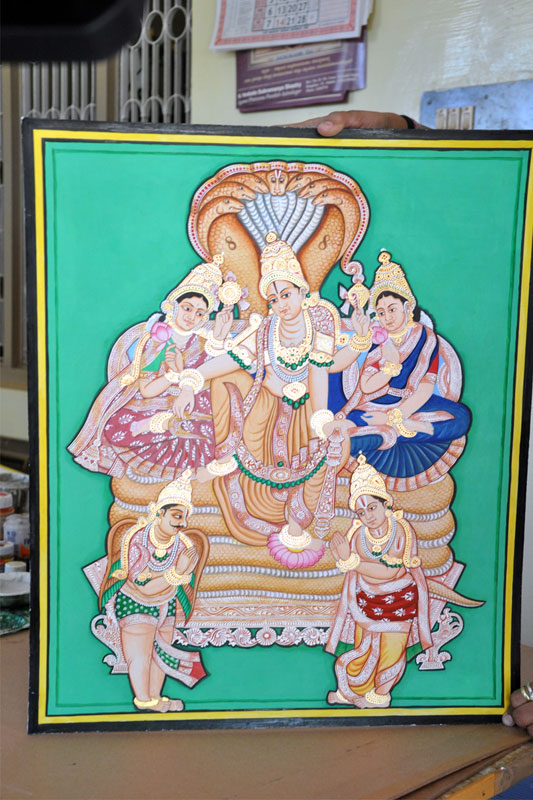