These pictures have been taken during a performance done by children.The performance is about the incarnation of Lord Ganesha. Children are given these masks made for each characters to wear during the performance. All these masks are made using paper mache technique. This was graduation project done by me, I attempted to create visual representation of characters in performing art form for children, through masks, accessories, costumes and make-up. These explorations where done after study of rich visual languages, colours and costumes of traditional art forms of India to children. So that it can initiate interest in them. There are many art forms with this possibility of interpretation like Kathakali from Kerala, Chhau from West Bengal, Chham from Himachal Pradesh, Manipuri from Manipur, Raslila and Ramlila from Northern region. Aim of my project was to expose children to Indian art forms, and to analyse what different visual languages convey in art-form. Focus of the project majorly was on masks used in different art forms, tradition ways of make-up in India, costumes, accessories, colours and colour theories in tradition. 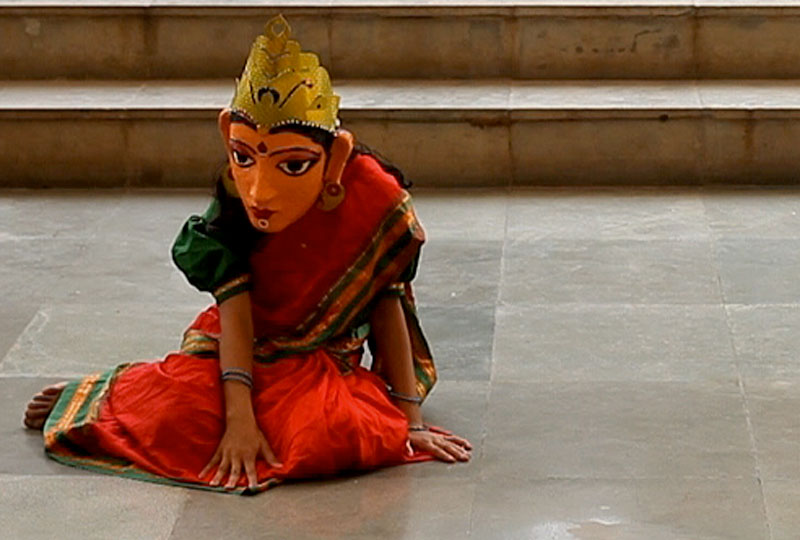 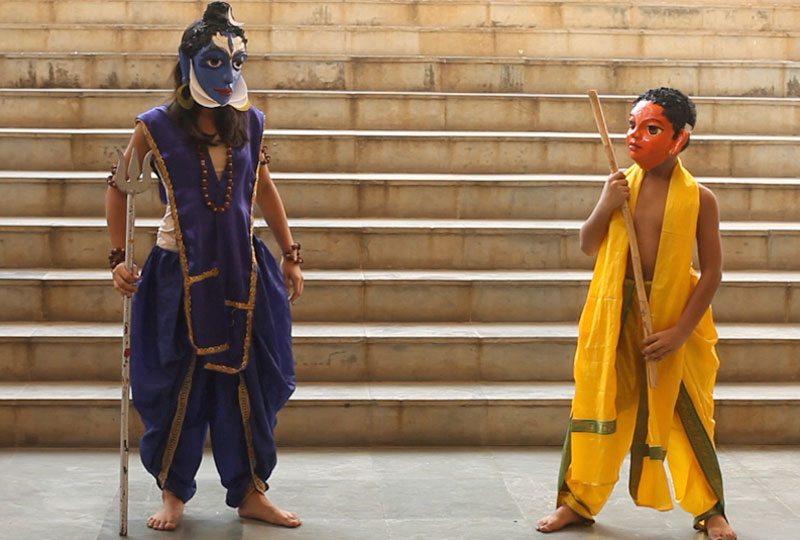 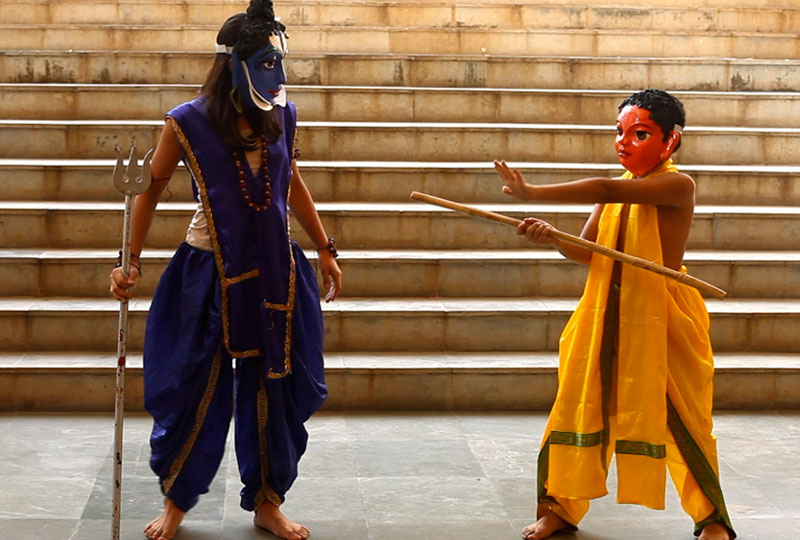 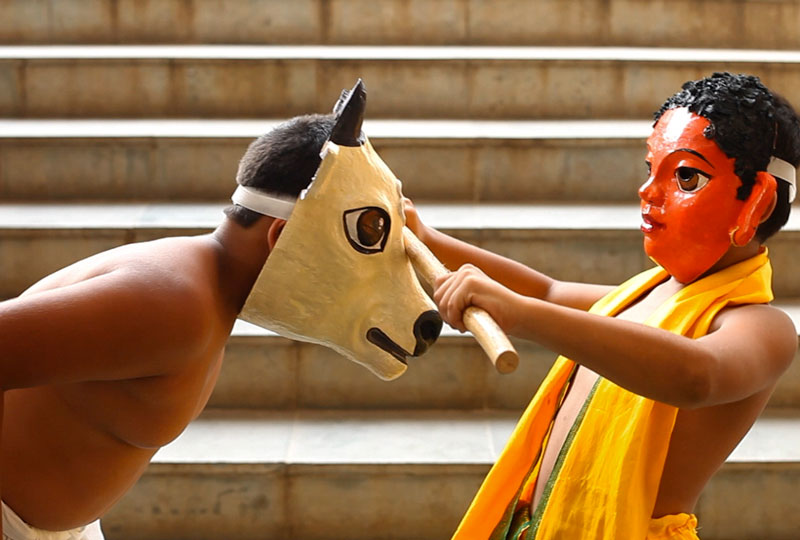 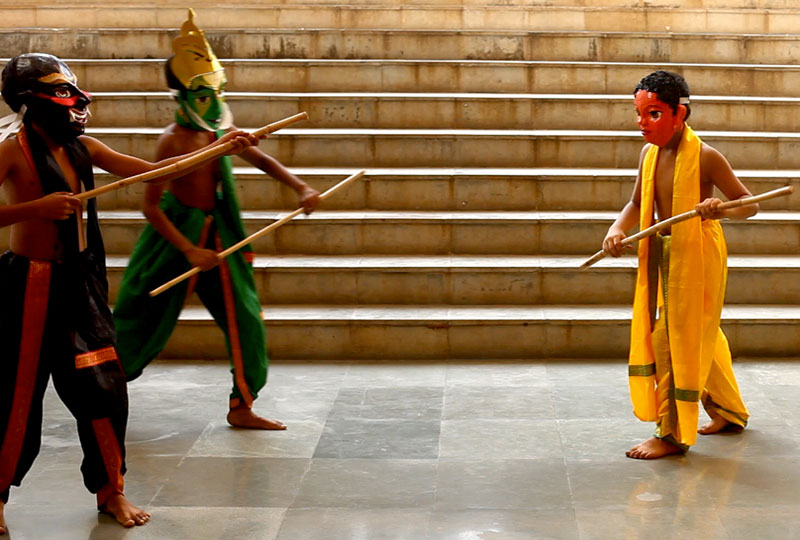 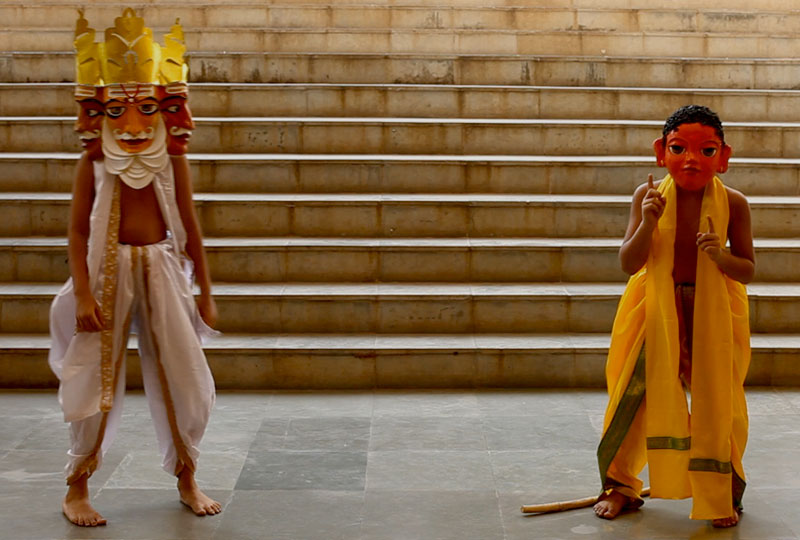 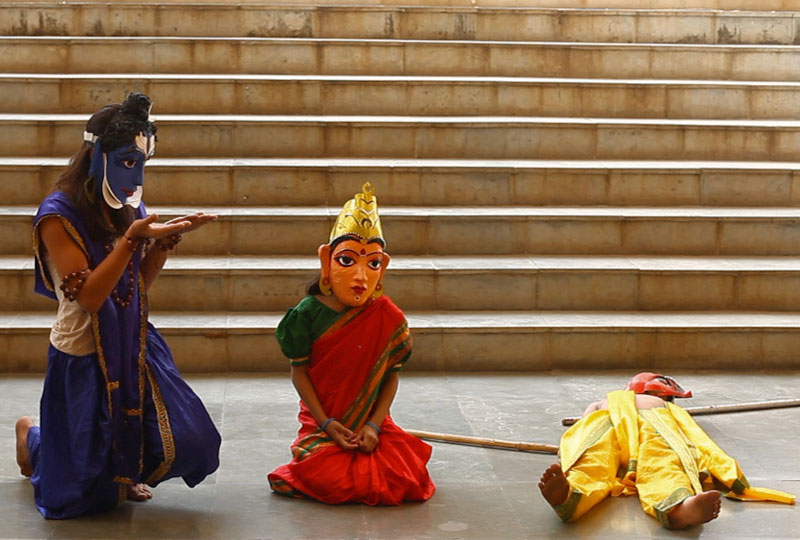 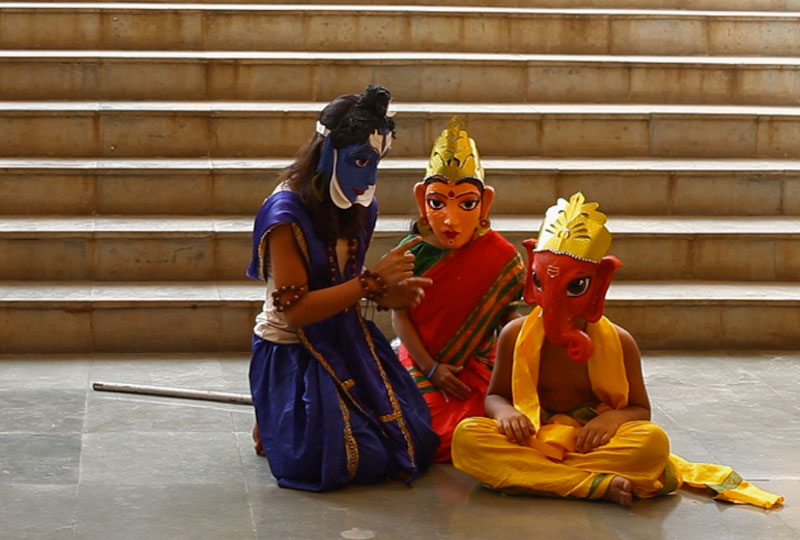 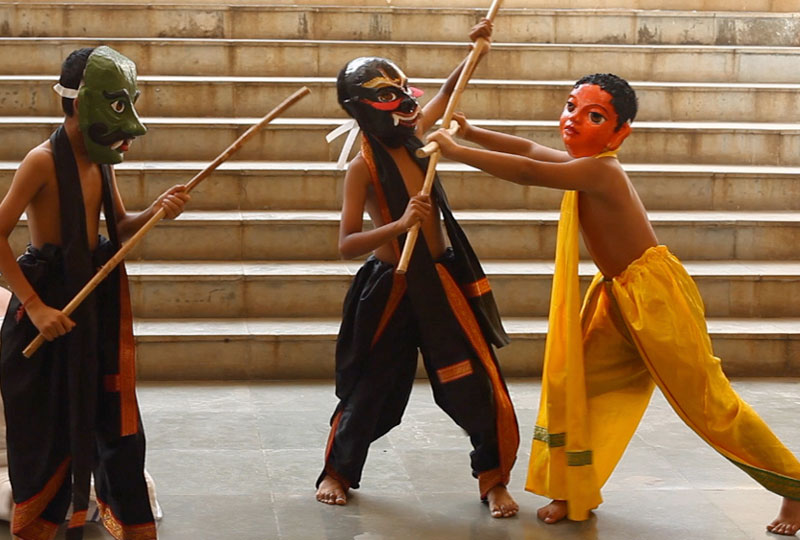 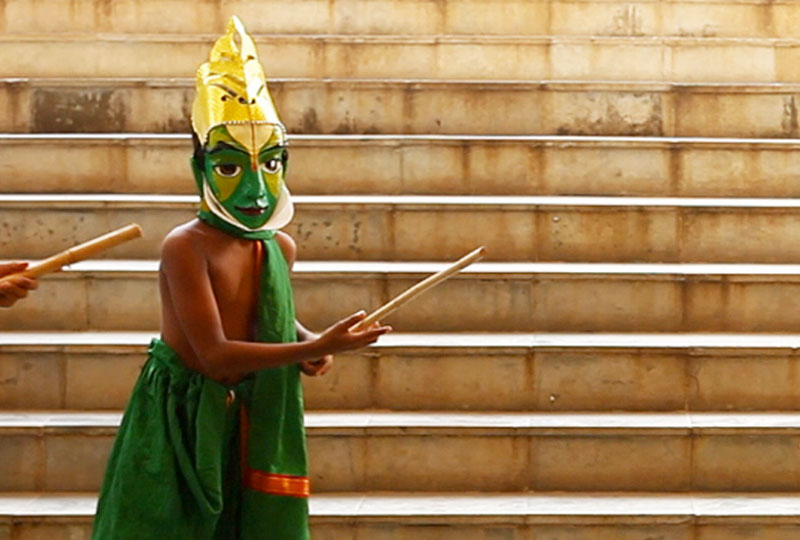 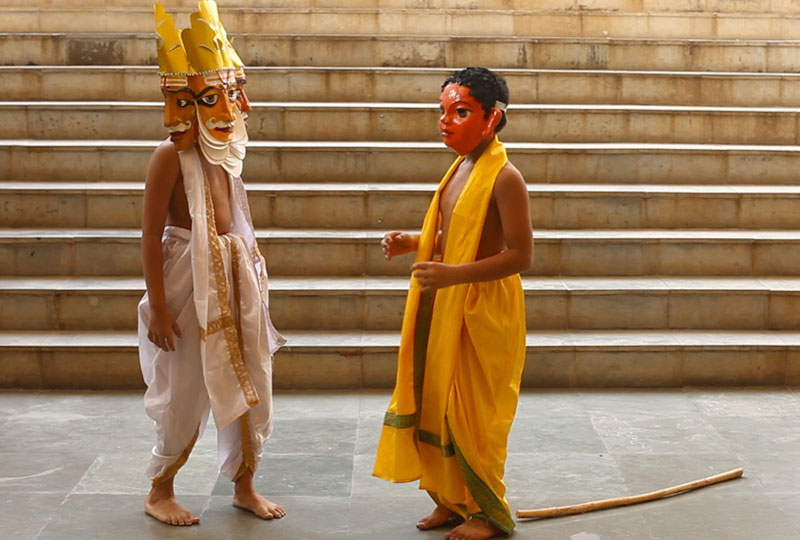 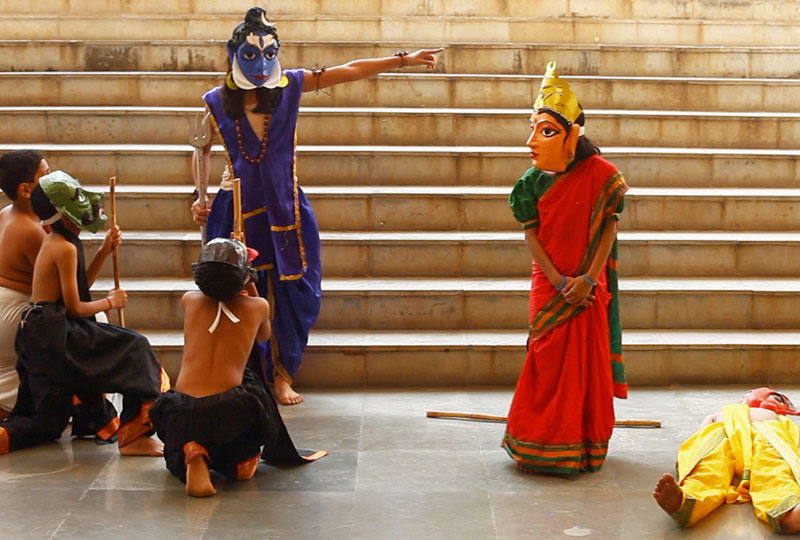