Puli Kali ("Puli" = Leopard/Tiger & "Kali" = Play in Malayalam language) also known as Kaduvakali is a colorful recreational folk art from the state of Kerala. It is performed by trained artists to entertain people on the occasion of Onam, an annual harvest festival, celebrated mainly in the Indian state of Kerala. On the fourth day of Onam celebrations (Nalaam Onam), performers painted like tigers and hunters in bright yellow, red, and black dance to the beats of instruments like Udukku and Thakil. Literal meaning of Pulikali is the 'play of the tigers' hence the performance revolve around the theme of tiger hunting. The folk art is mainly practiced in Thrissur district of Kerala. Best place to watch the show is at Swaraj Round, Thrissur on the fourth day of Onam, where Pulikali troupes from all over the district assemble to display their skills. The festival attracts thousands of people to the Thrissur city. 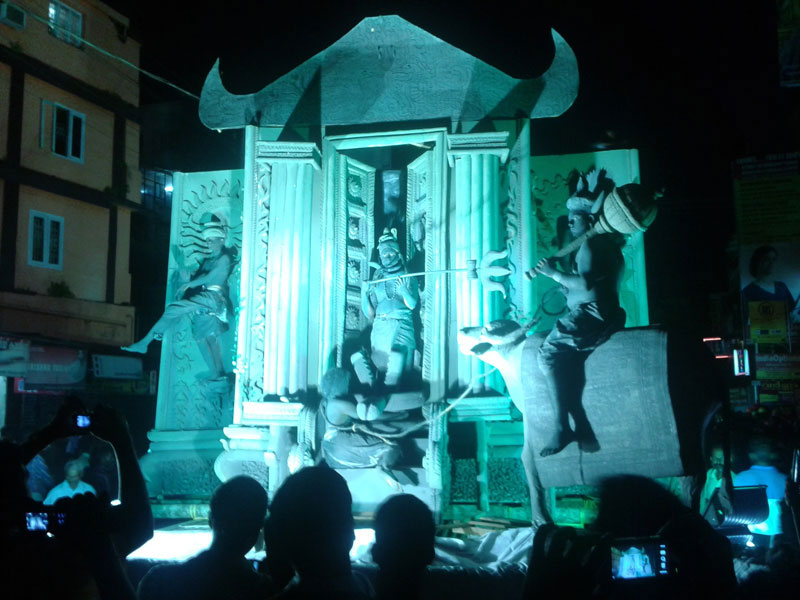 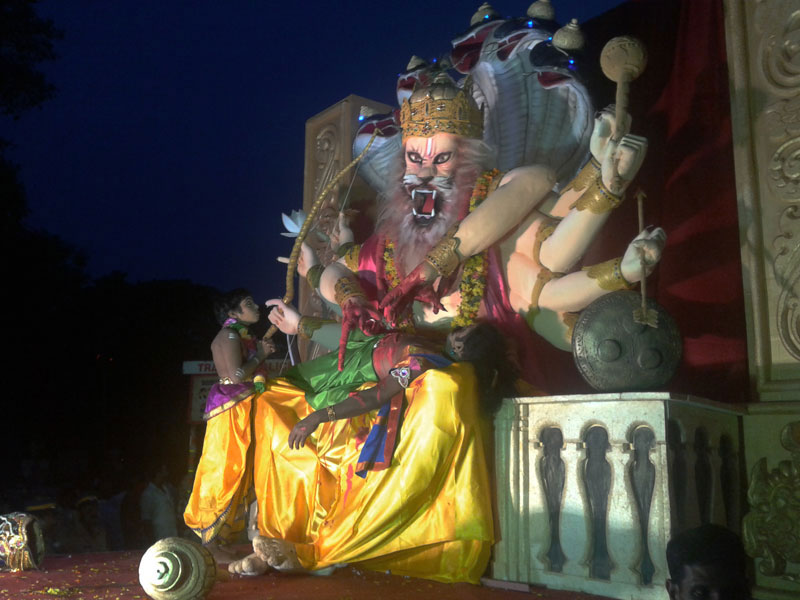 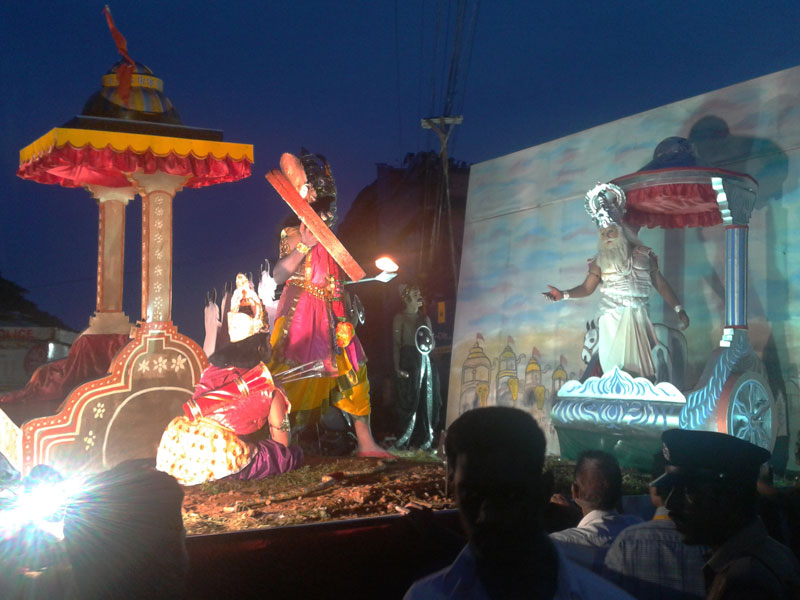 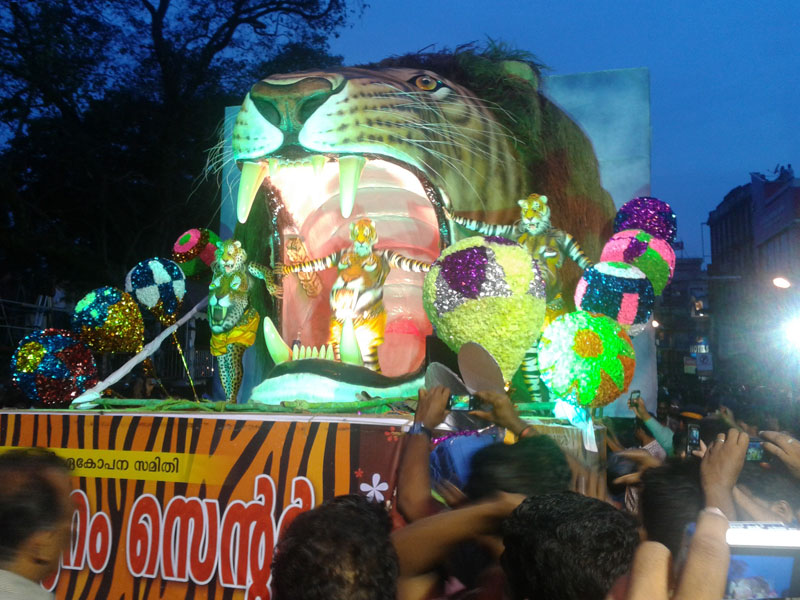 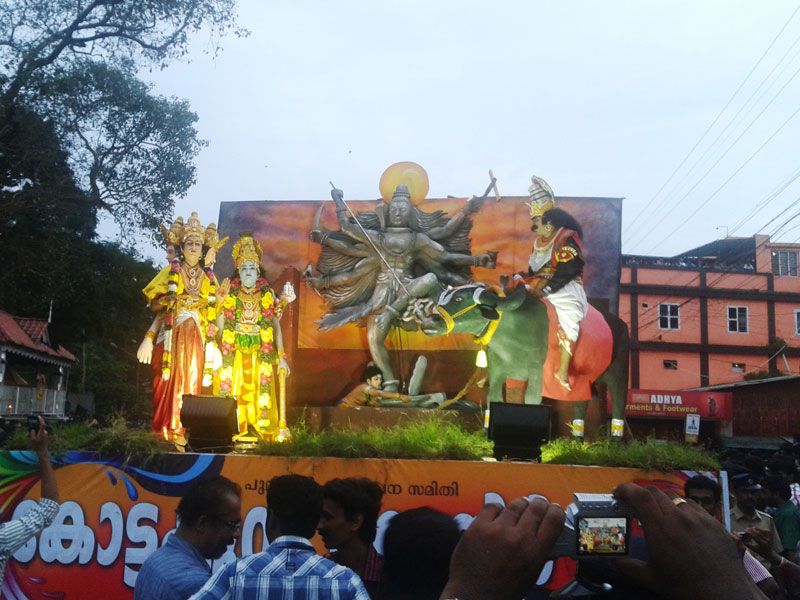 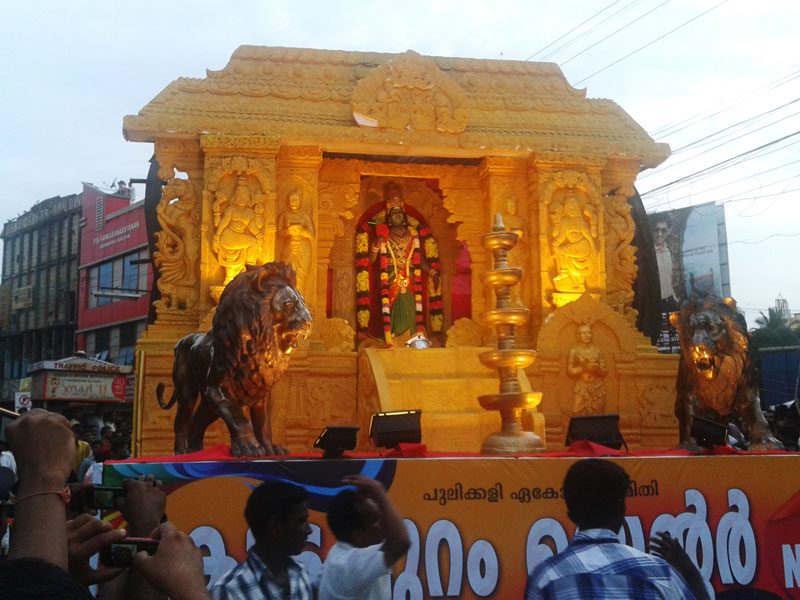 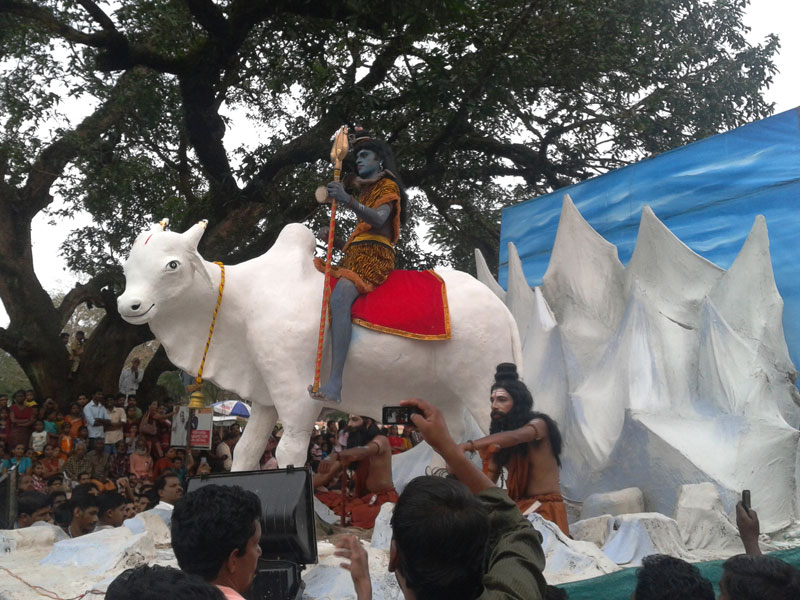 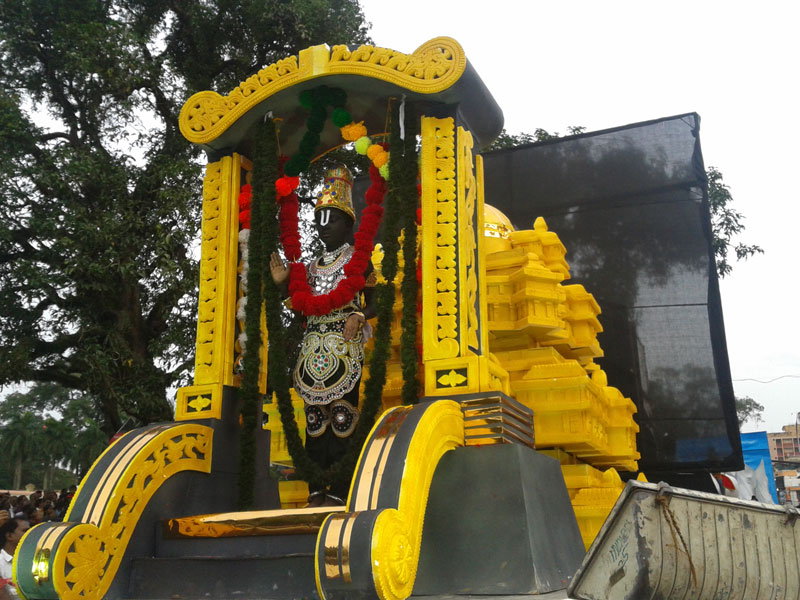 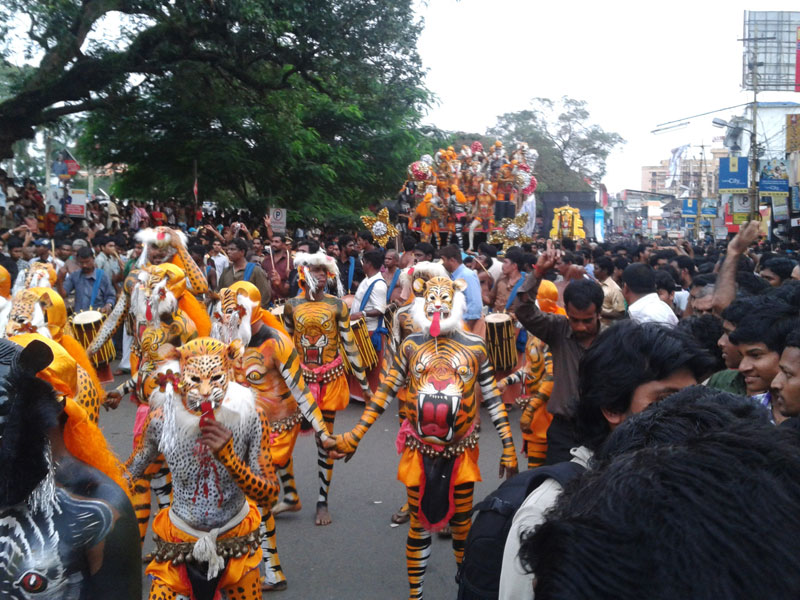 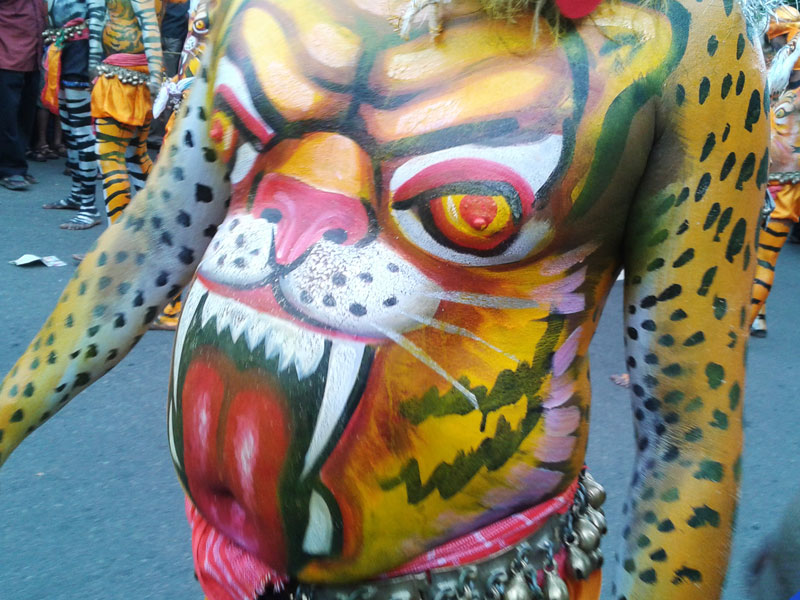 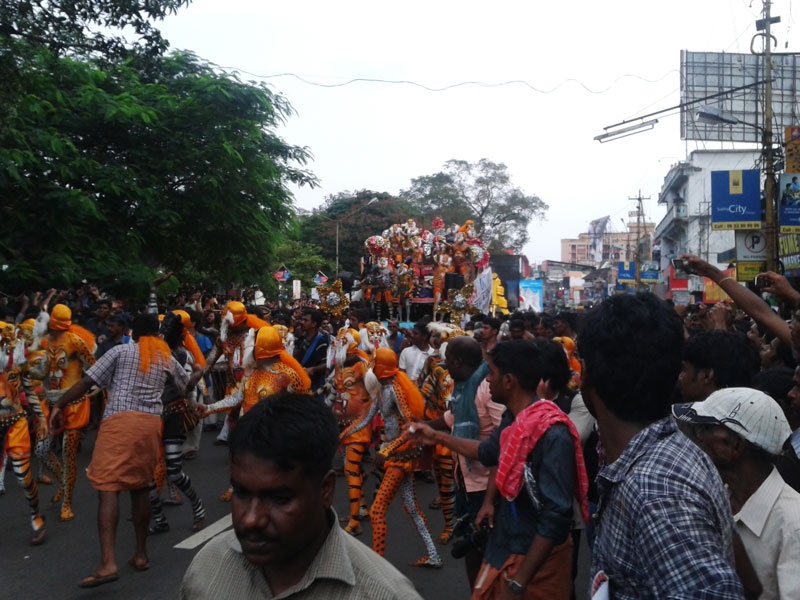 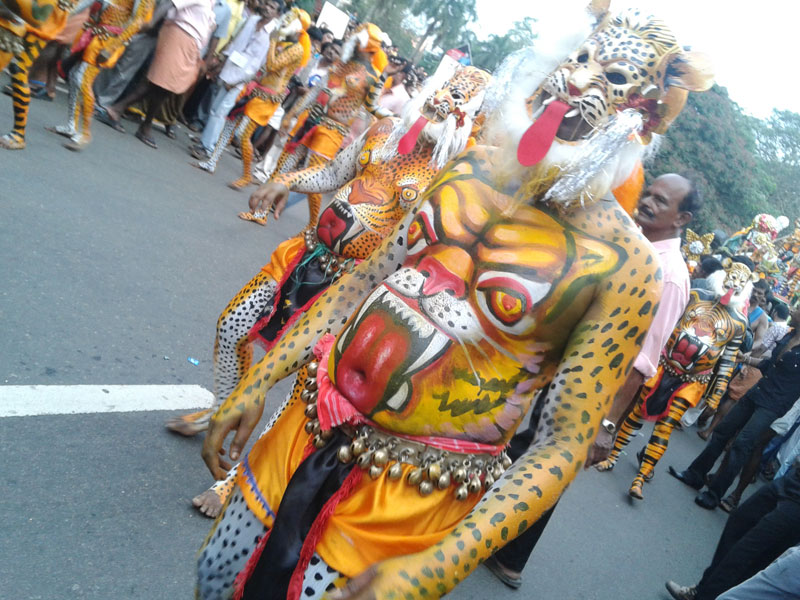