Mandana is a type of Rangoli. It is kept through out the year on walls as it was initially used for decorating the mud houses. The material "Chuna" (chalk paste)is used to draw the mundana with cotton balls. When used on festivals it is made with combination of red mud (geroon) and chalk paste. It is made in two ways- First, both the colors are used as paints; second geroon is used as flat background and the design is made on top using chalk paste. The design is geometrical and traditionally symmetrical. Mandana also has few typical designs, which are replicated through, out the state. In urban houses there are variations found which also uses cut mirror work. 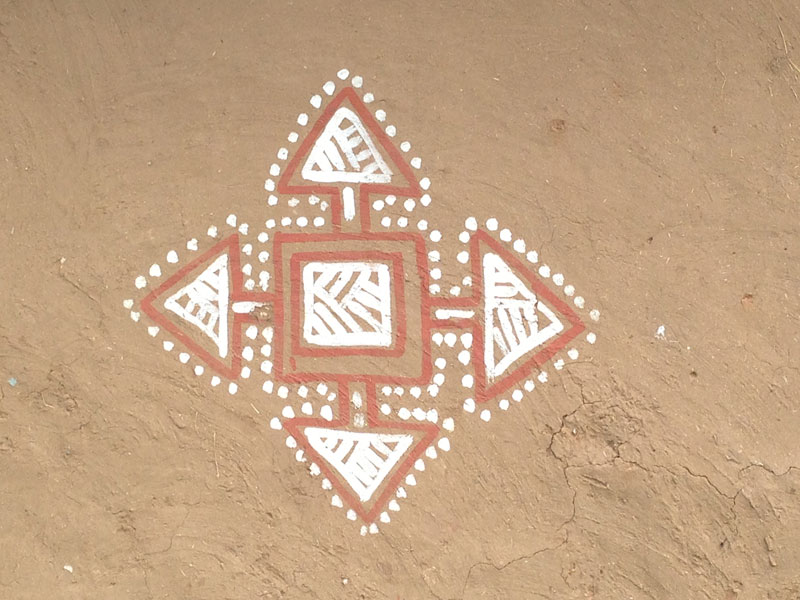 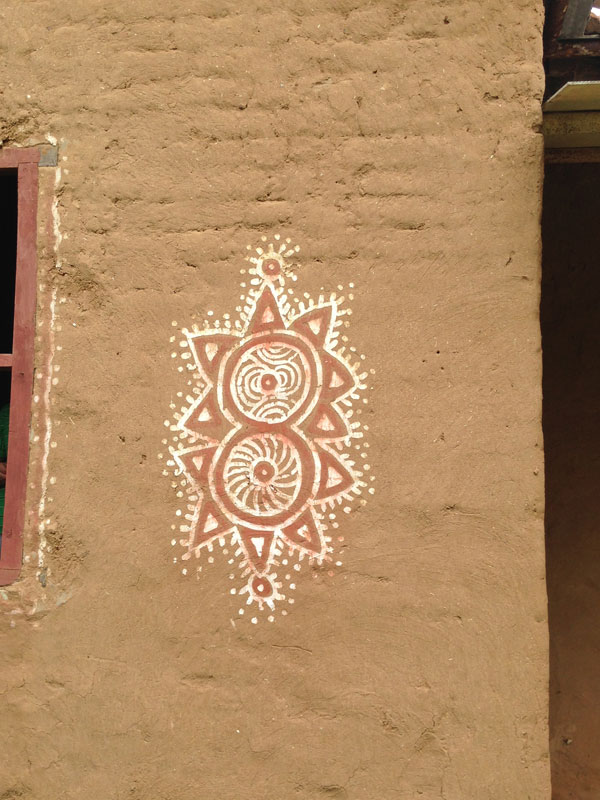 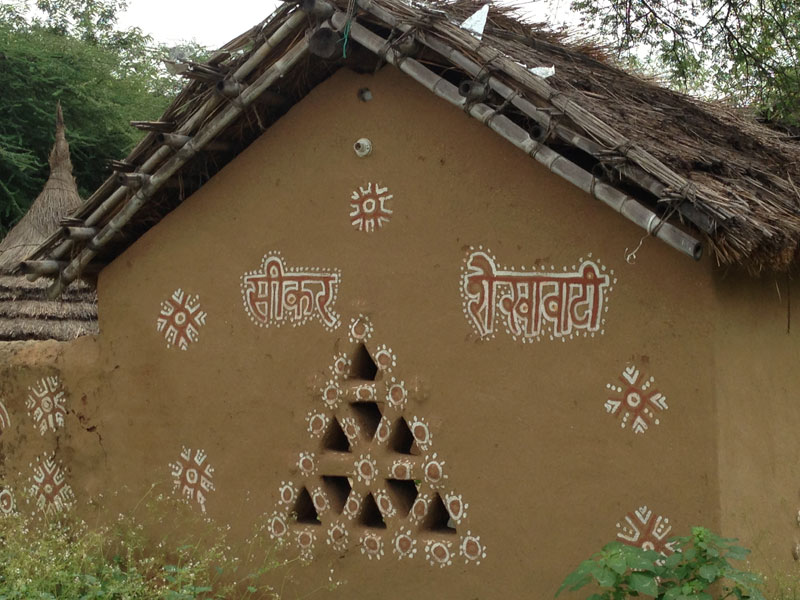 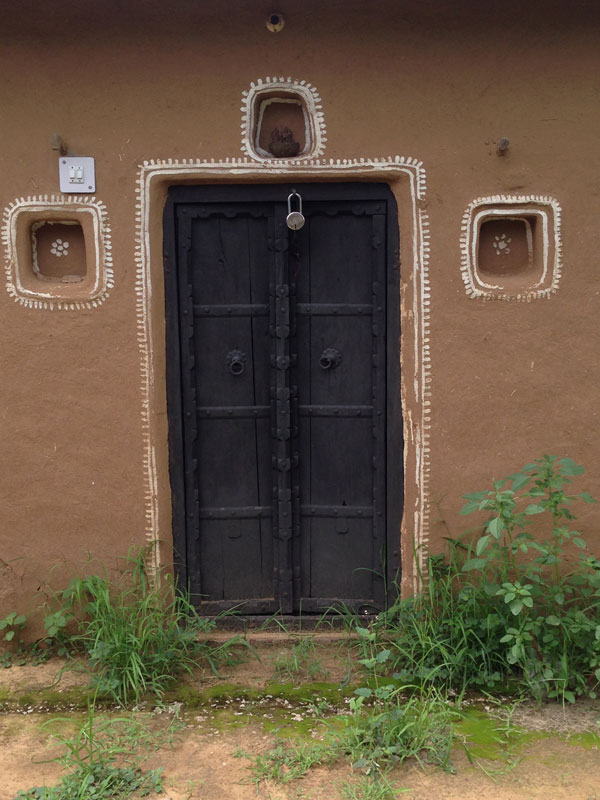 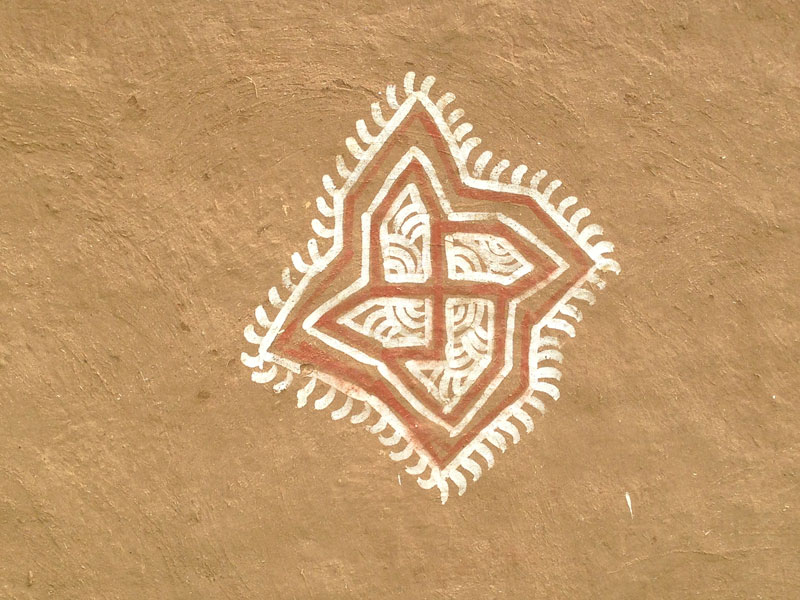 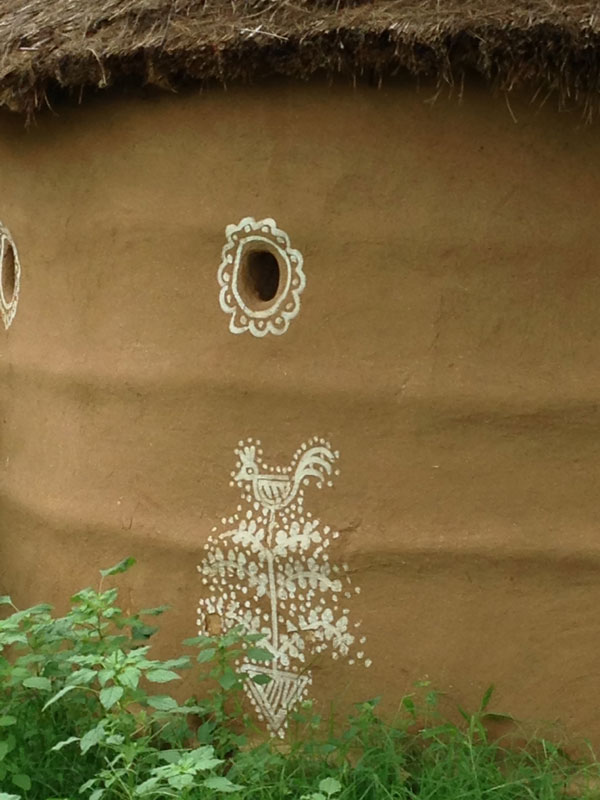 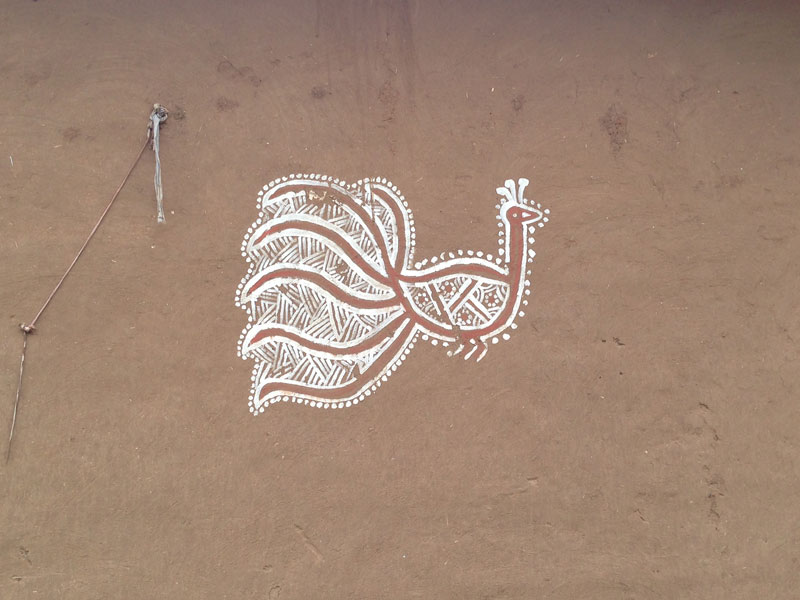 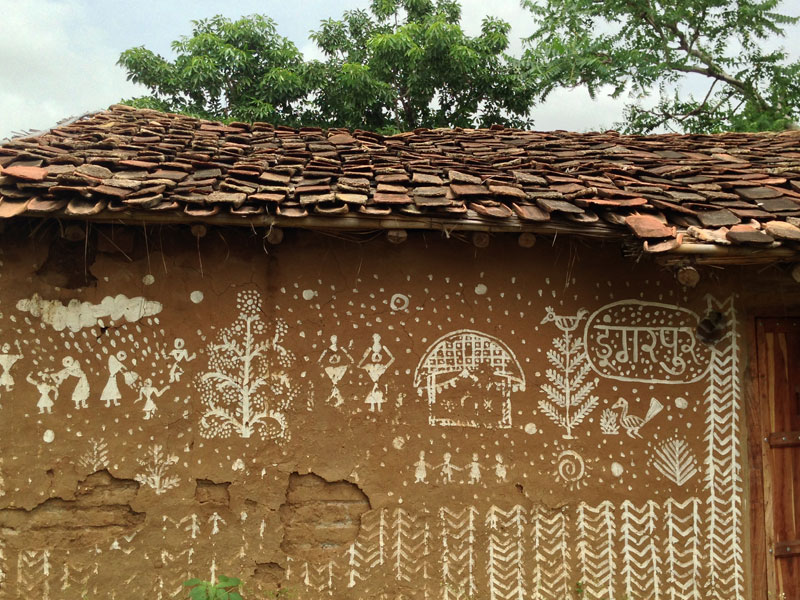 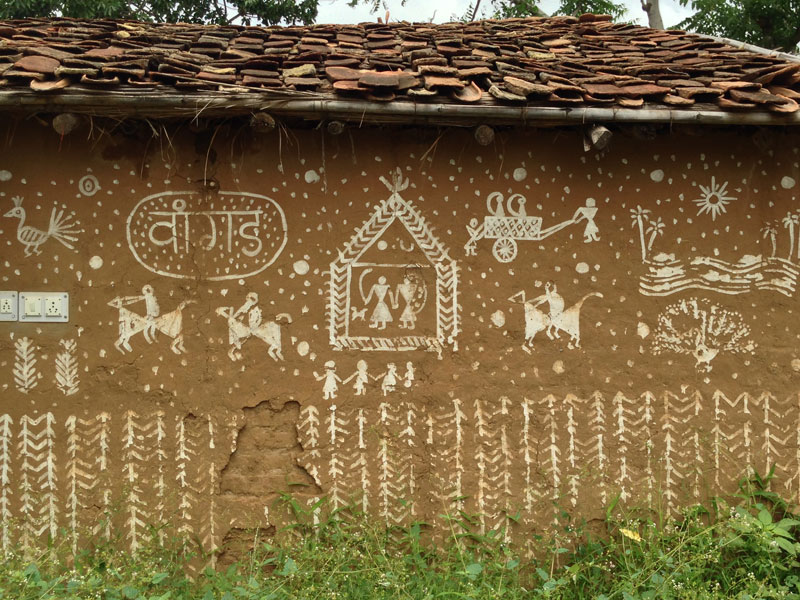 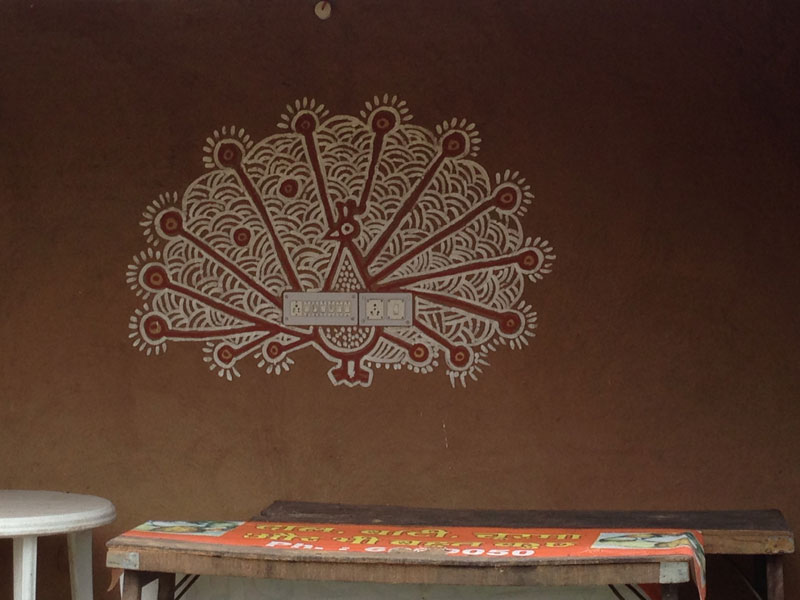 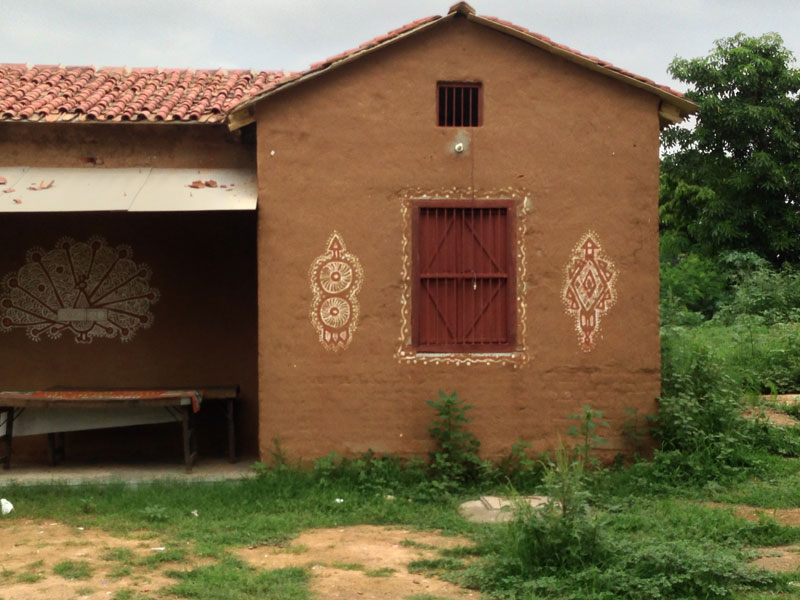