The holiest of them all - the River Ganga. Spiritually she has the power to wash away sins, bring good karma and scientifically she remains bacteria - free.

The story of Ganga embarks with Kapila, a sage who has been meditating deeply. However, the sixty thousand sons of King Sagara disturb him, inviting his wrath. Reducing them to ashes with a single angry glare, he banishes them to a netherworld. Only River Ganga flowing through the heavens, can bring them to salvation. Hence, their descendant King Bhagiratha anxious to bring peace upon the dead sons undertakes penance. He is granted the descent of Ganga from the heavens onto earth; however the turbulent force of Ganga is so strong that it can destroy earth. Consequently Bhagiratha persuades Lord Shiva to receive the Ganga on the coils of his tangled hair and break her fall. Ganga arrives in the Himalayas and is lead by Bhagiratha into the plains of Haridwar, into the confluence of the Yamuna then to Varanasi and the Ganga Sagar sinking into the netherworld - bringing peace to the sons of Sagara.

Thousands of devotees across India and the world come to see her, to bathe, to dissipate ashes of loved ones. Monuments have been built, epics have been written, yagnas have been carried out on the banks of this river. But still she appears to be dull and grey, with a layer of oil on her surface, burnt matchsticks and dried flowers flowing through her pure waters. Over the years the amount of industrial waste being released into the river has not been controlled, as is the flowing of dirty water through sewers entering the river, the continuing customs of burning bodies, washing clothes, defacing, immersion of idols and throwing carcasses also remains unchecked. Ganga is the fifth most polluted river of the world.

These fading messages painted in yellow and black are the last pleas for saving the River. They remain unheeded, ignored or become a part of a photo essay like this one. 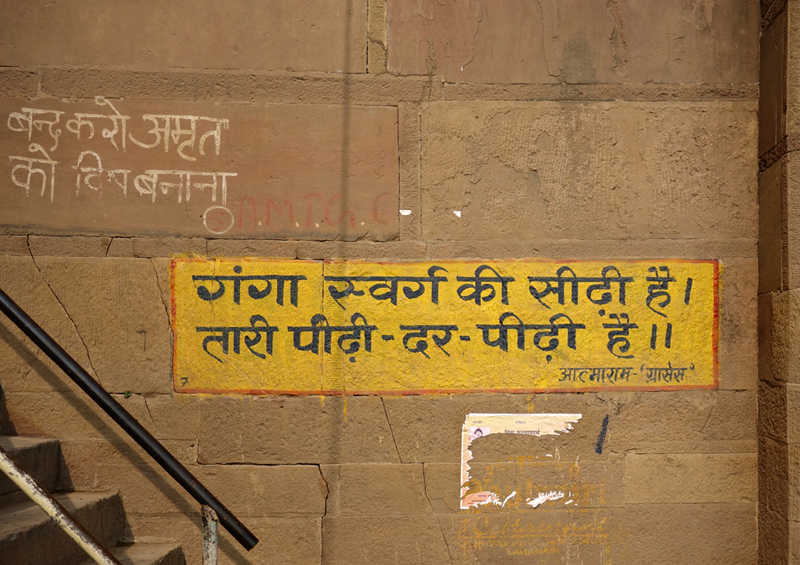 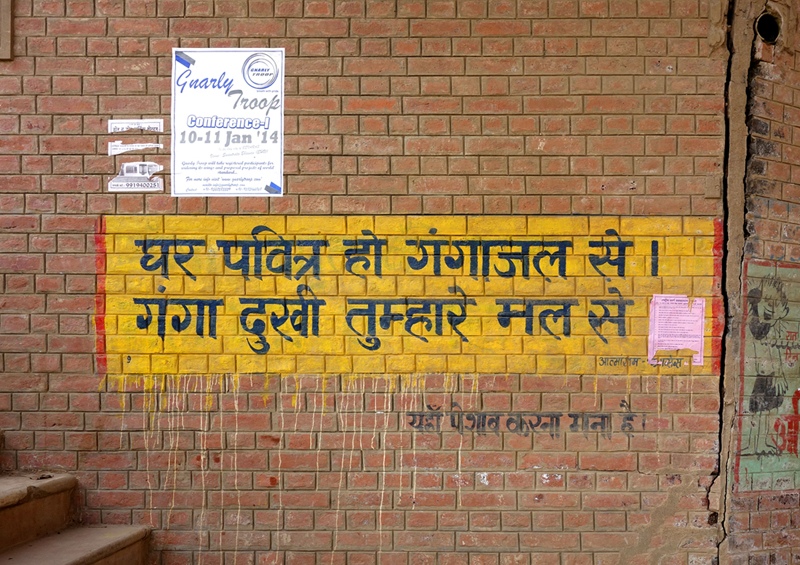 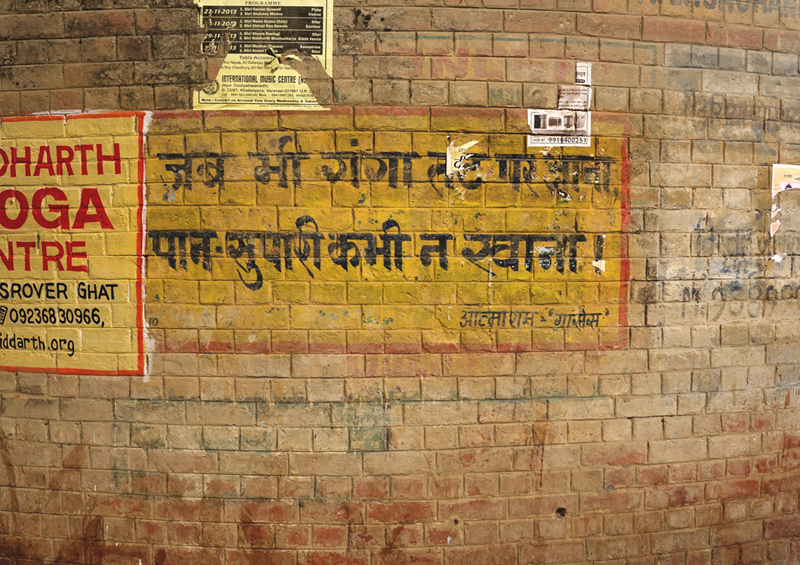 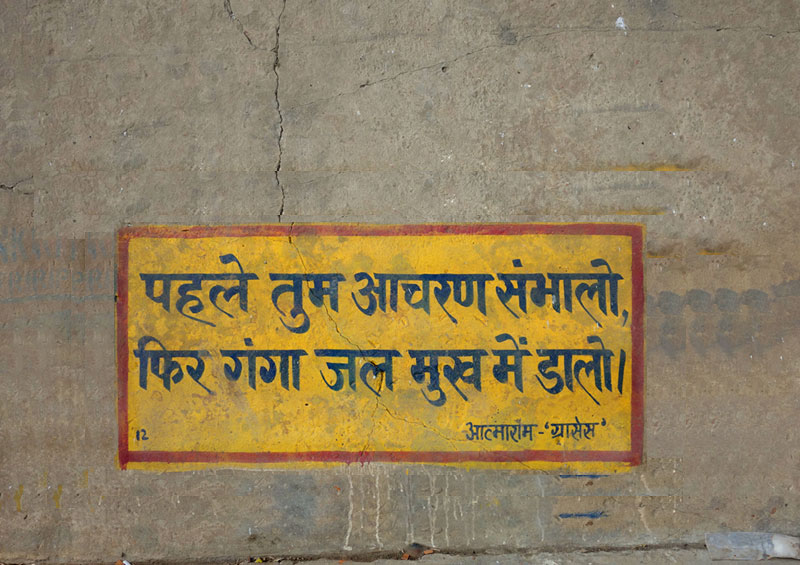 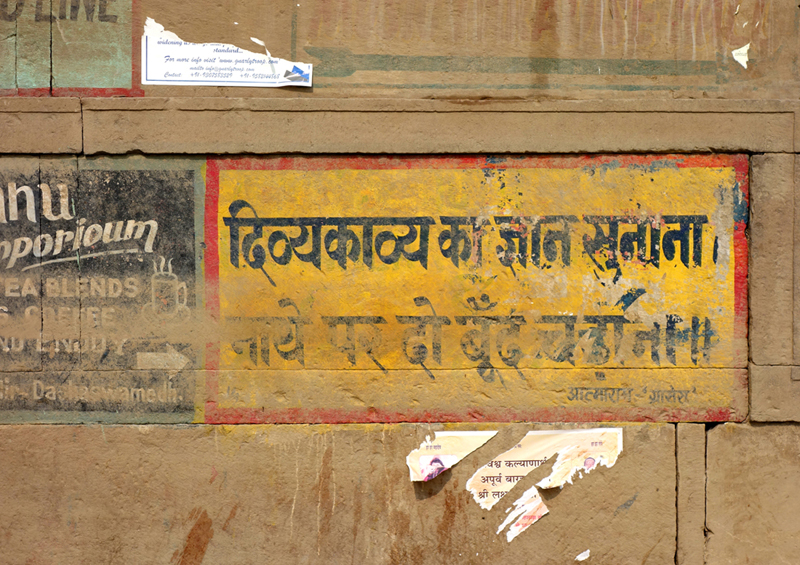 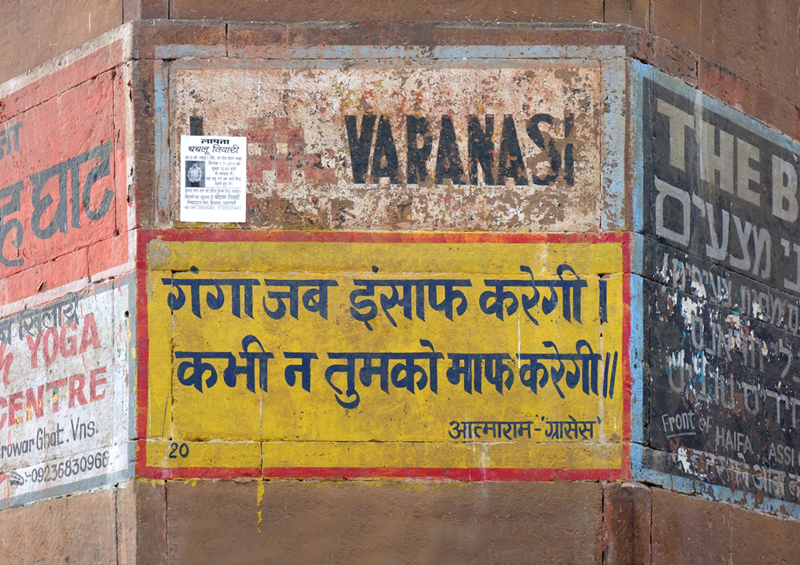 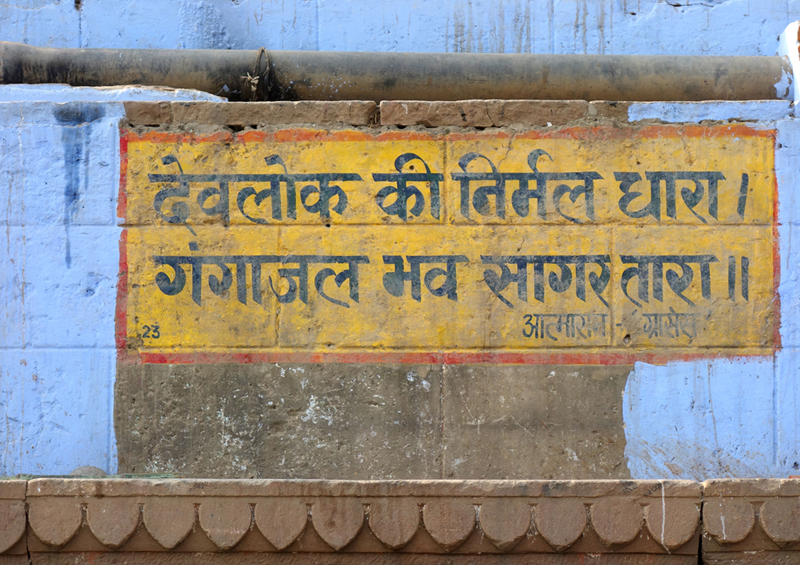 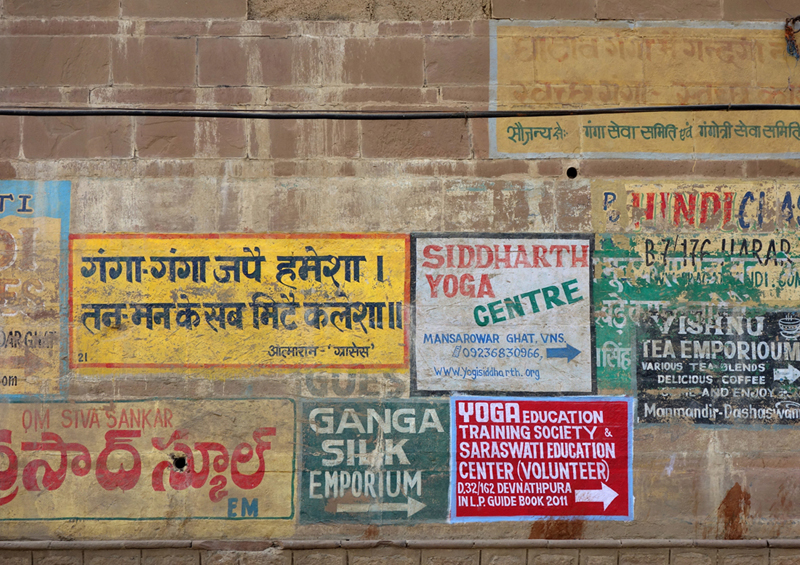 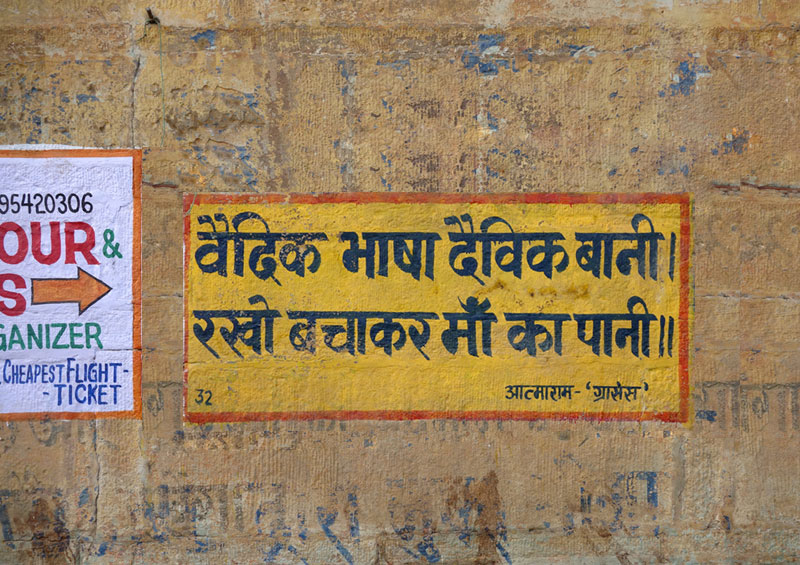 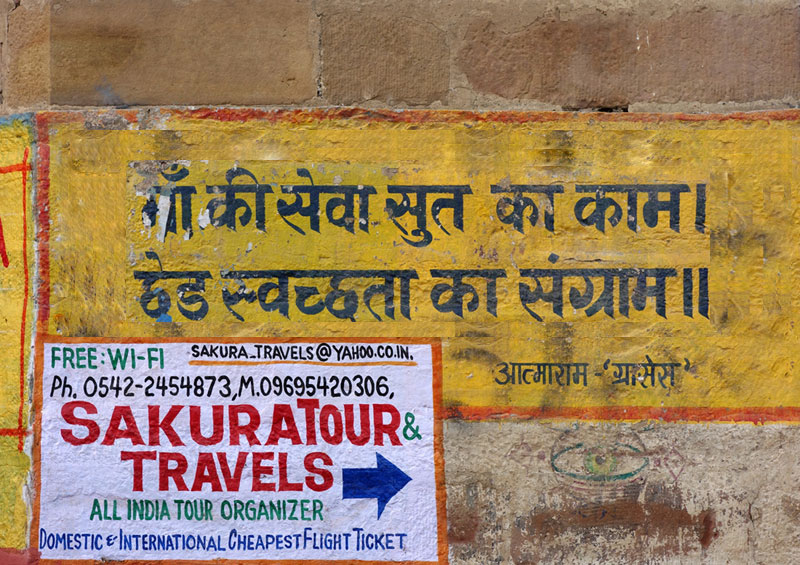 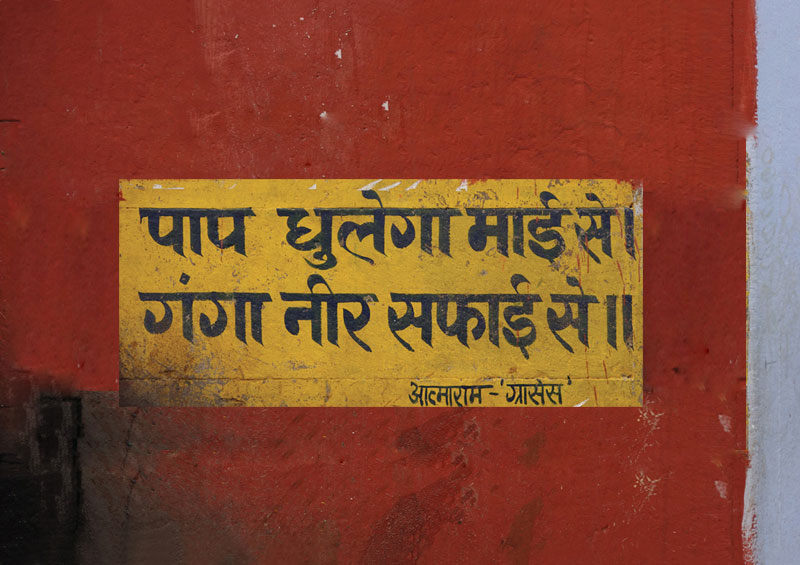 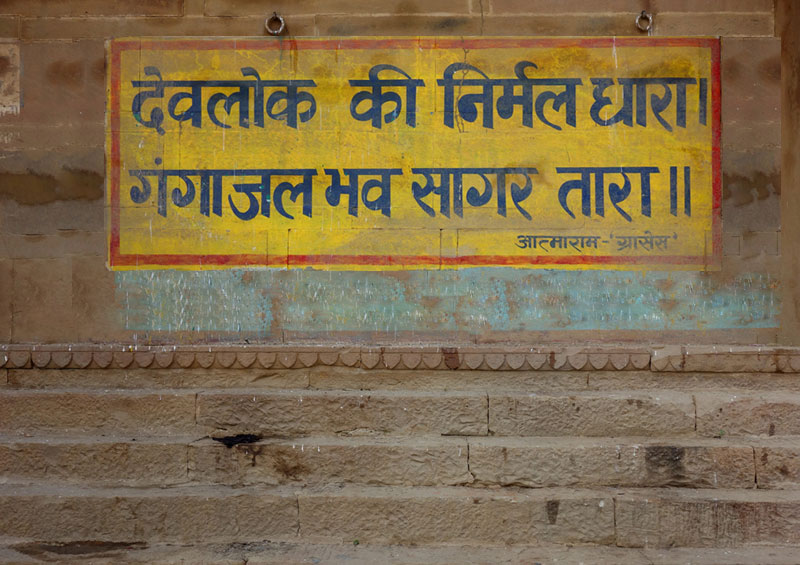