Sri Siva Temple includes the Sannadhis of both Vishnu and Siva together in the temple complex, making it a unique temple representing both Vaishnavism and Shaivism in one place of worship. Located in T Nagar, the most popular modern markets of Chennai the temple architecture is the typical Dravidian architectural style of 16th century AD. The temple was constructed in 1935 under the able guidance of Mahaperiyawal in Kanchi.
It has been a long tradition in South Indian temple art to depict sculptures of Gods and Goddesses in the Thanjavur (technically named Tanjore) painting style. The style evolved during the great Maratha period of 16th century AD in India. The floral designs are compact, depicted in vivid colour combinations. The surface has a unique richness. There’s a tranquility in the patterns depicted in concentric rings of these motifs. There’s a majestic look to the whole creation. The painters have used warm colours for the central main motif, with each concentric ring depicting a specific pattern. The images of Hanuman and Ganesha as circular motifs have been painted. Their background consists of a dense, rich pattern creating illusions. This Thanjavur influenced depiction of intricate illusionistic motifs on temple ceilings has been a practice since the period of Nayakas (16th and 17th century AD). 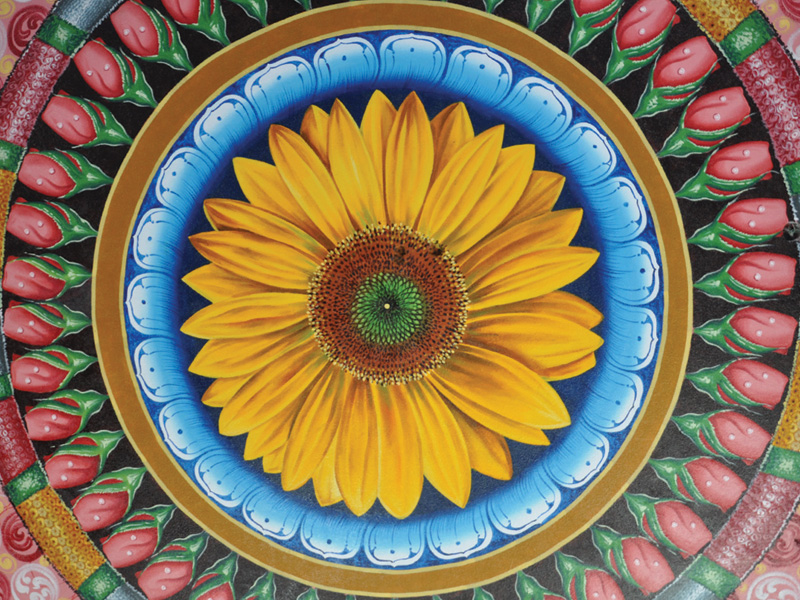 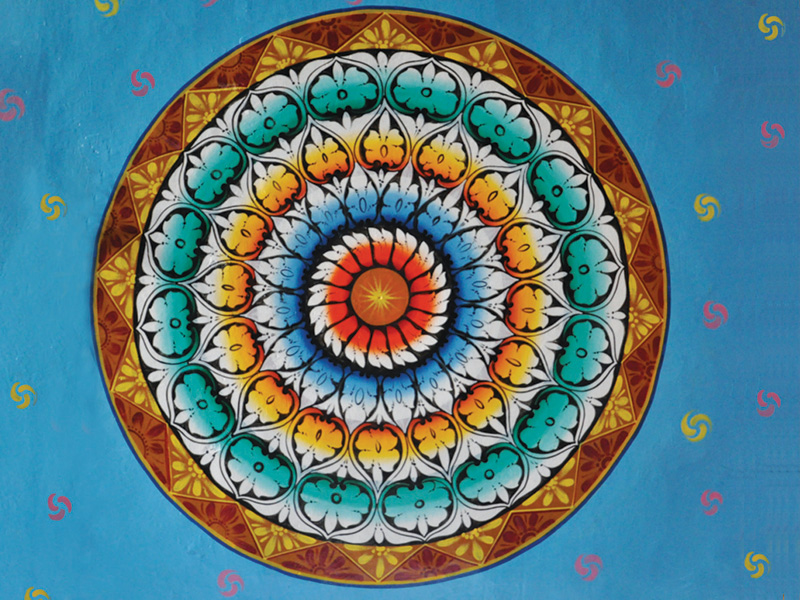 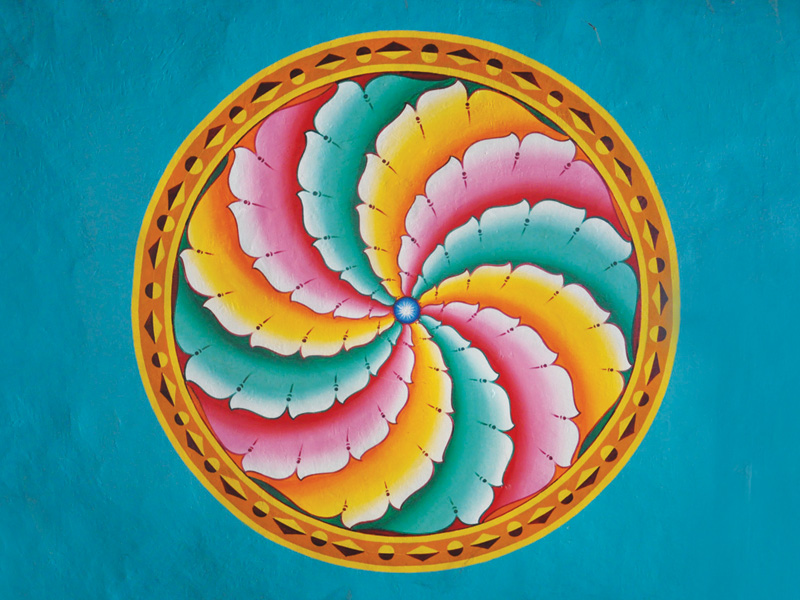 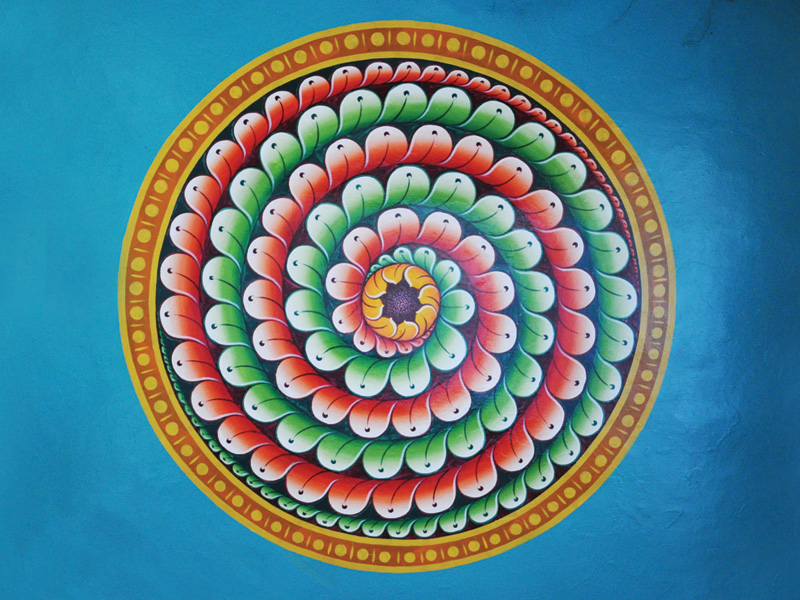 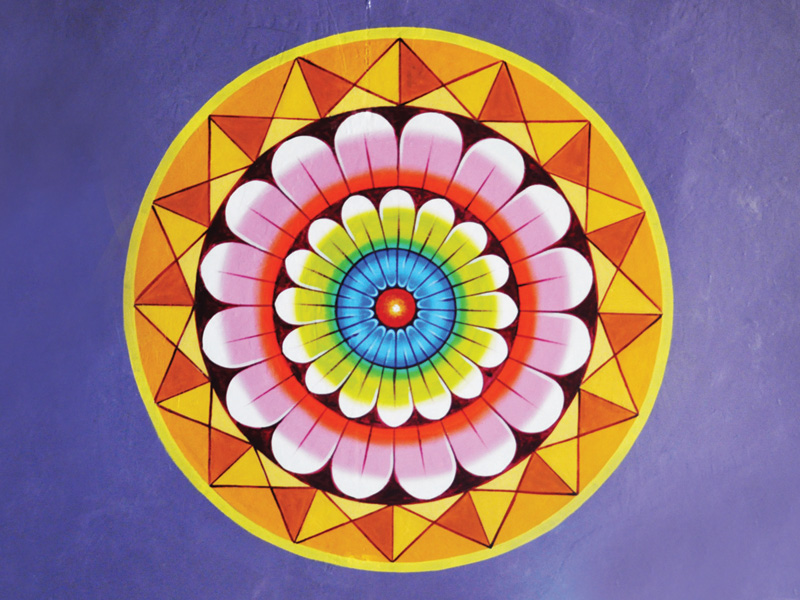 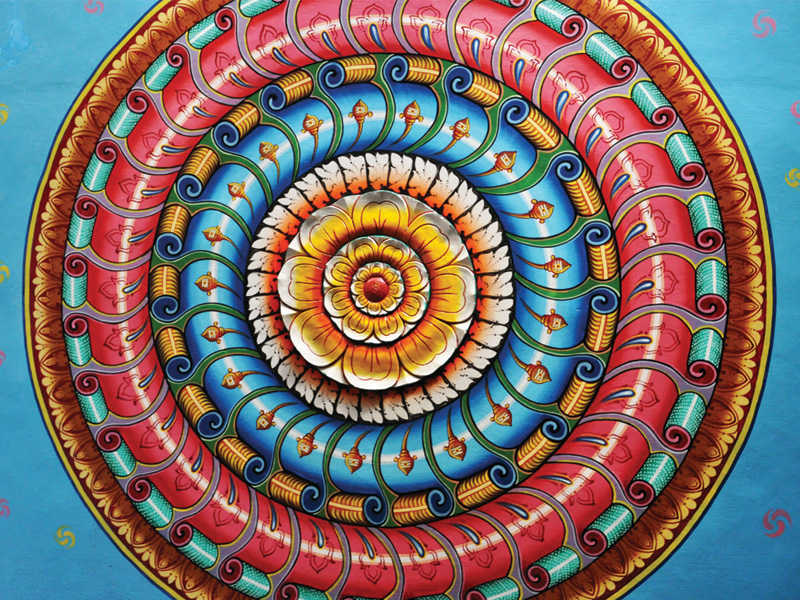 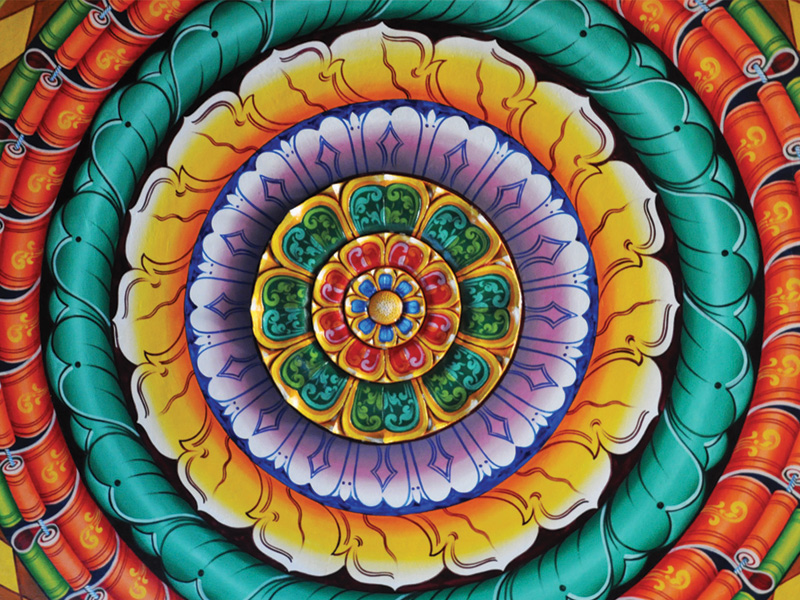 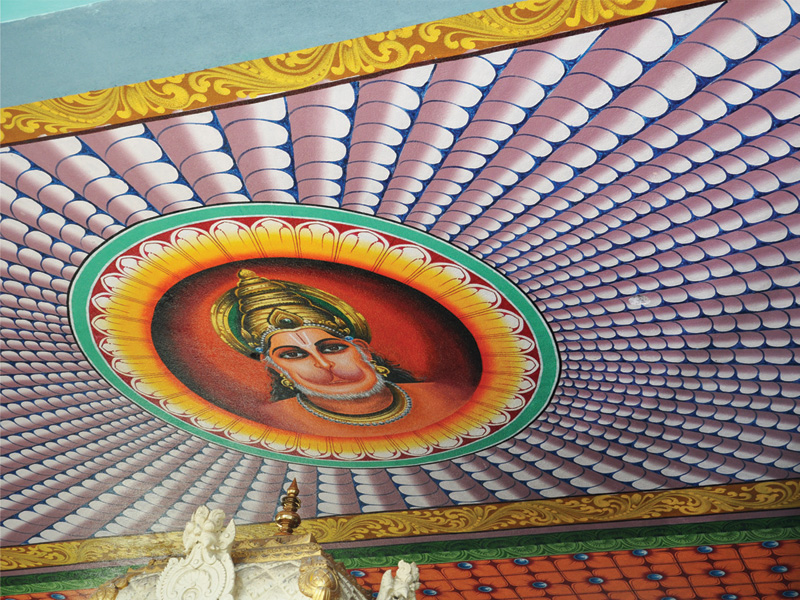