Subjects and Techniques of Mysore Painting

In Mysore style of paintings the most popular themes are Goddess Rajarajeshwari and Sri Rama Pattabhishekam, Kodandarama, Dashavathara, Chamundeshwari apart from Lakshmi and Saraswathi, the coronation of Sri Rama (Rama pattabhisheka), wedding of Shiva and Parvati (Girijakalyana), Sri Rama with bow and arrows (Kodanda-Rama), Sri Krishna with his foster mother (Yashoda-Krishna) and the goddess Chamundeshwari, the family deity of the Mysore royal house. Occasionally portraits of the king and his family were painted. 19th century Mysore artists created paintings of Hindu Myths, Gods and epic heroes as well as scenes of court life and battle. Though the subjects were religious and mythological, the models were from real life.

The figures have features like fish shaped eye, round protruded chin, typical Mysore royal hairdo and drapping style in sarees, depiction of royal jewellery, rounded face, Mysore turban. They depict sugarcane as bow and arrow in the pictures of Raja - Rajeshwari. The foot of goddesses is placed on flower in order to show the respect. And the architectural backgrounds of many paintings are faithful copies of the architectural features of the Mysore palace. There are many paintings in which the subjects they have shown are based on shlokas that are mentioned in the book named "Devatahanama kusumamanjari" written by the king of Mysore "Mummadi Krishnaraja Wodeyar". Schematic themes of Tirupati, Sringapatna, Kanchipuram, Srikakulam, Kalhasti etc. provided the base for the paintings in earlier times. 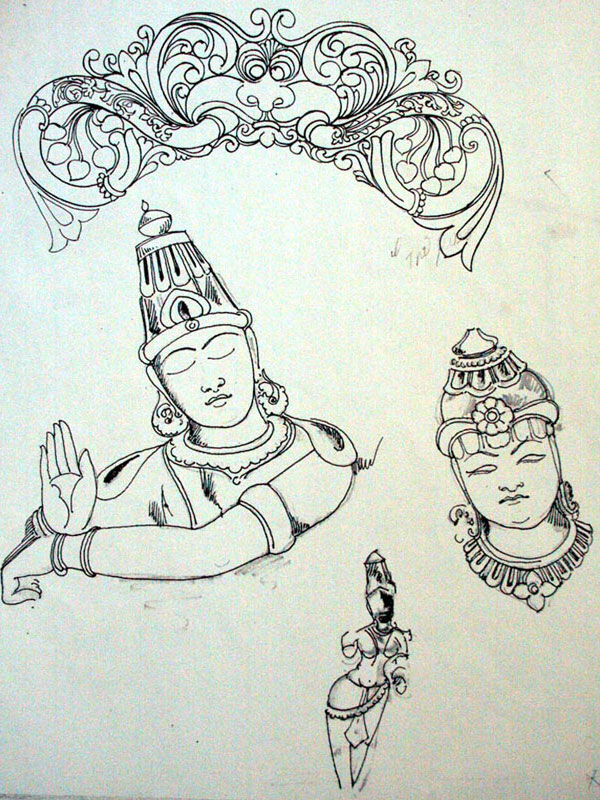 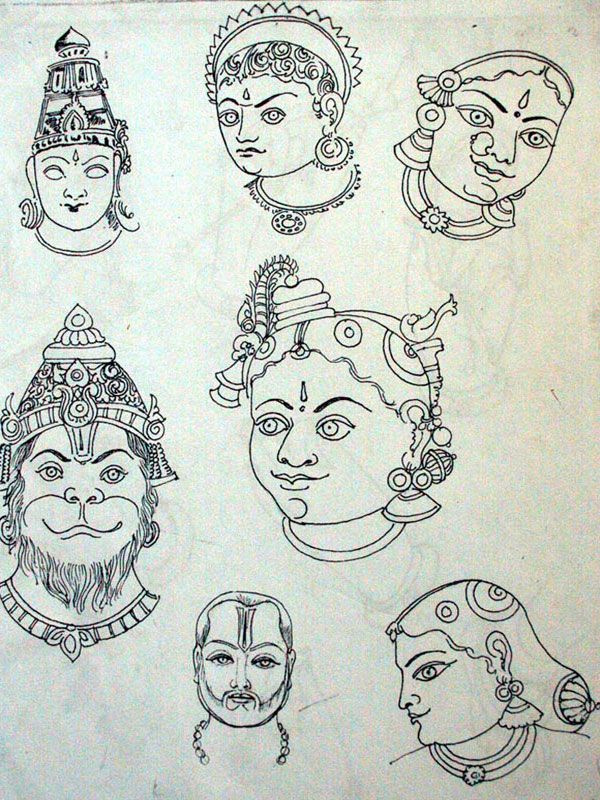 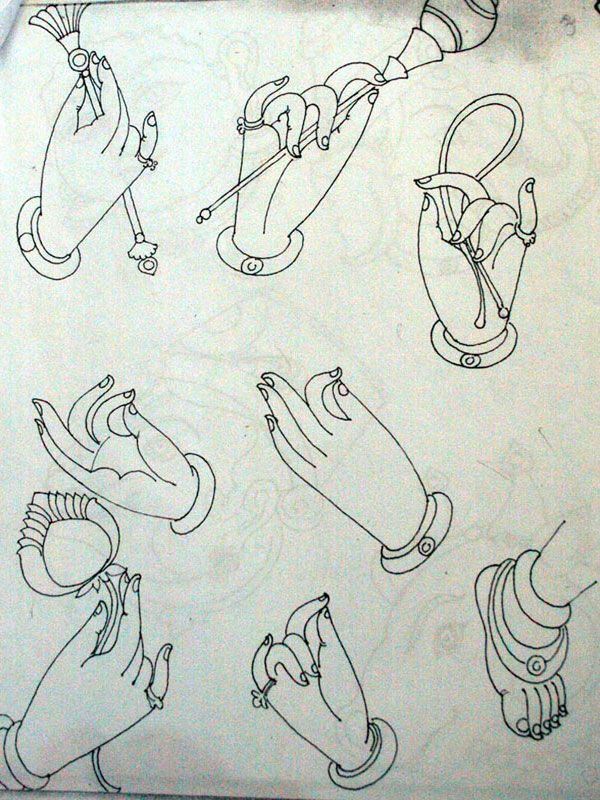 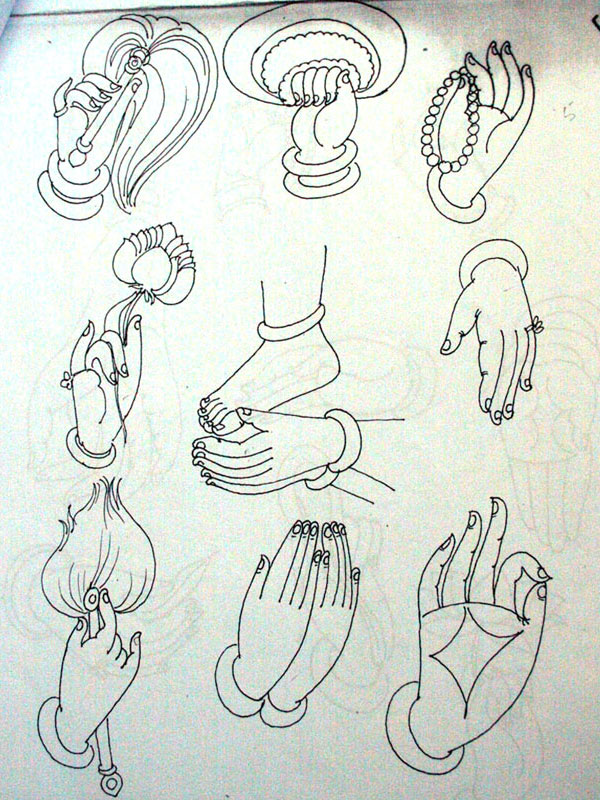 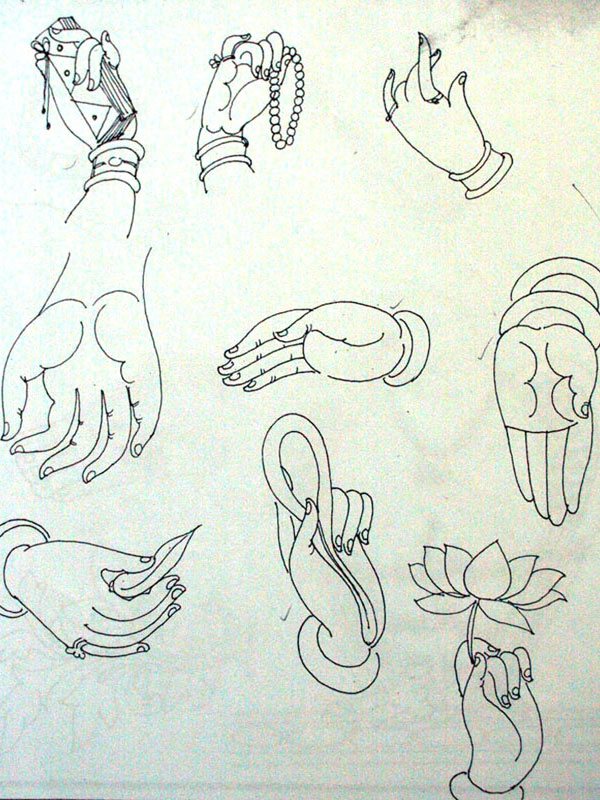 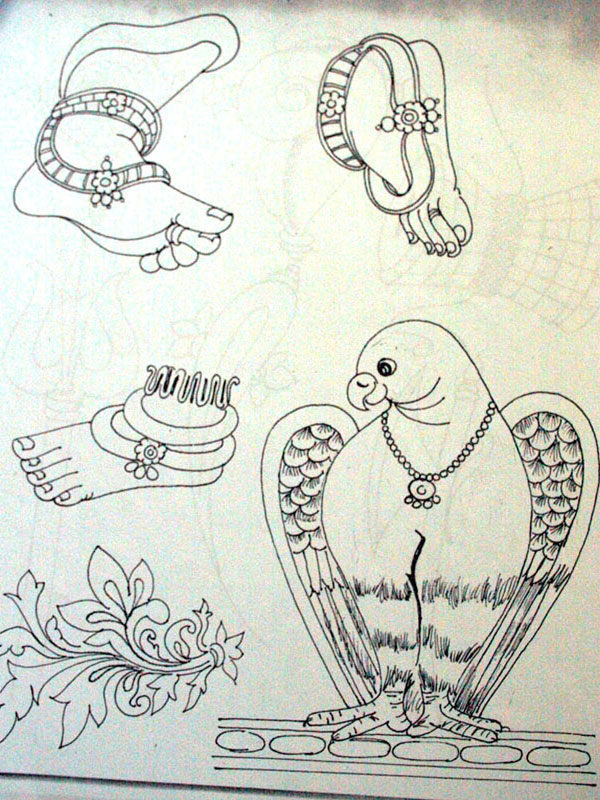 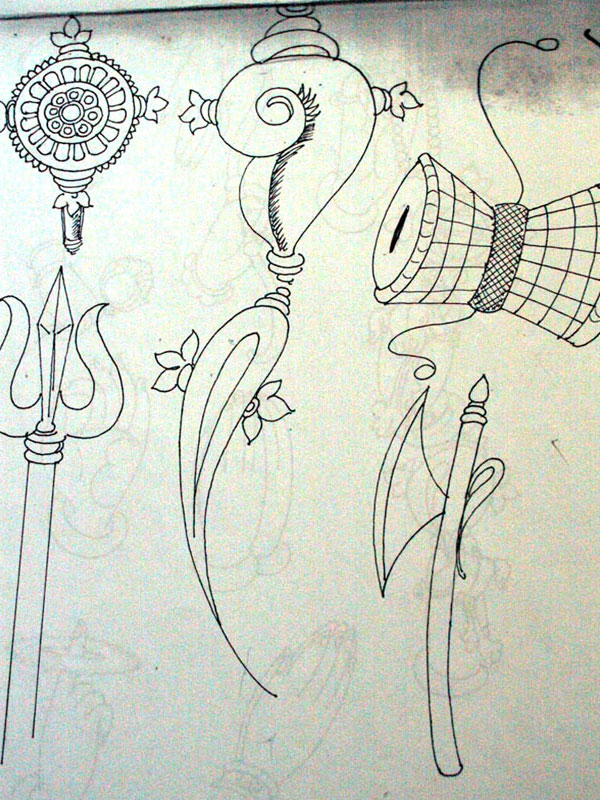 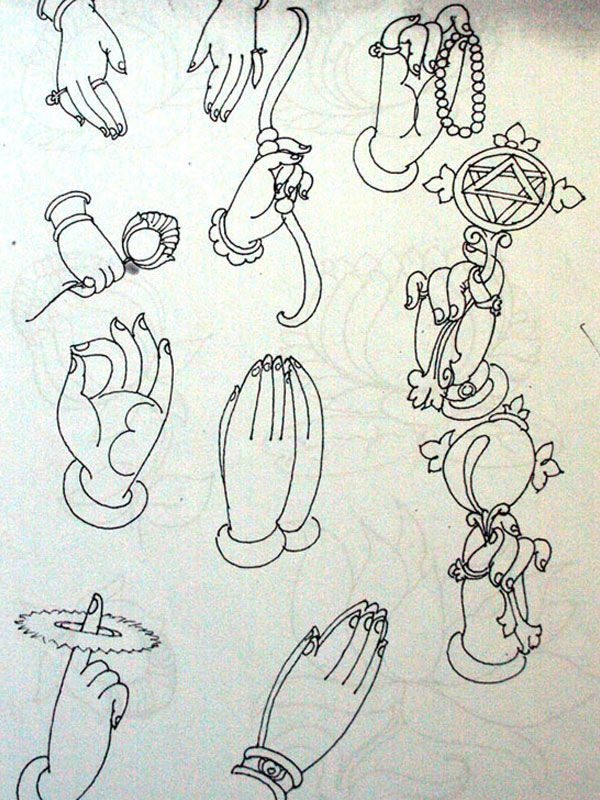 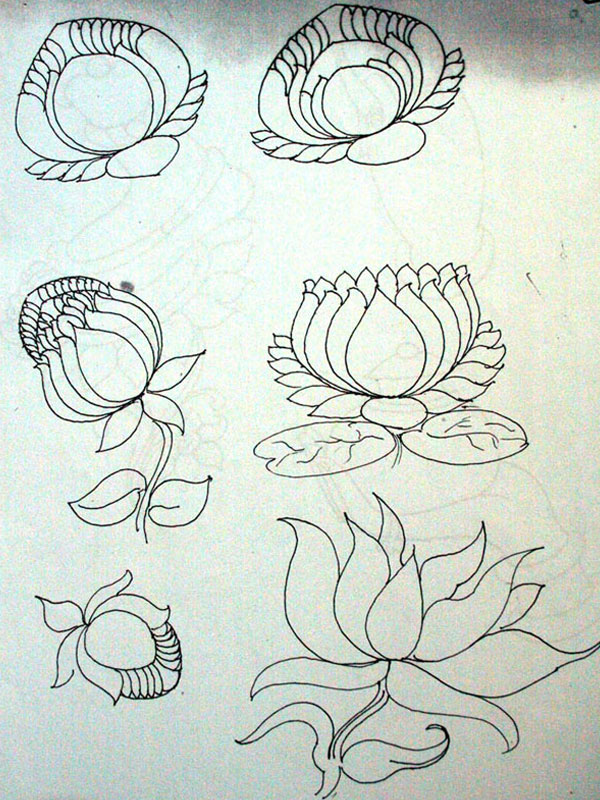 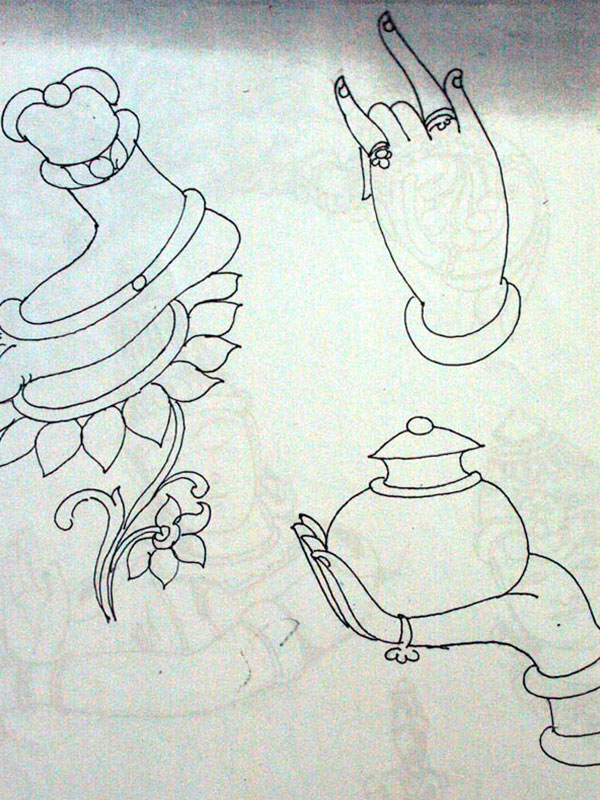 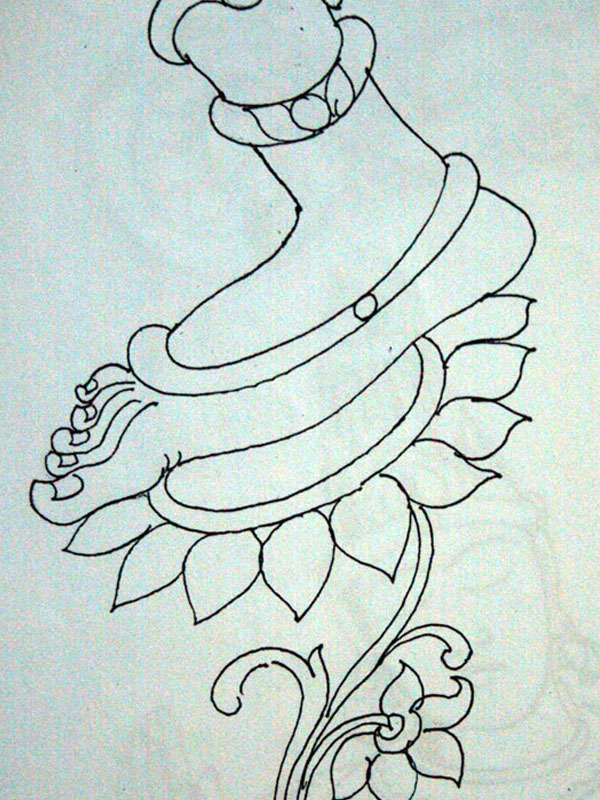