Terracotta is clay-based ceramic pottery known for its expression of the human mind for ages. According to Hindu beliefs, this ancient form is considered auspicious for incorporating all the five classical elements of nature, namely, air, water, earth, fire, and space. This rich history proves the prevalence of the art and its cultural contribution in the Indian continent long before the world could try this out.

Terracotta art has also grown as a favourite hobby among people apart from its popular commercial value and stance. Hence the natives could still practice and maintain the art in its most authentic tradition. On the trading front, today, India exports incredible terracotta items like statues, vases, decorative hangings, murals, Diwali lamps, lanterns, etc., on a large scale making the art form a rewarding one for the artisans. Mr. Anil Denghe, a senior artisan from Ahmednagar, is regarded for his range of mythical terracotta products. He trained by the famous clay artisan Mr. Arjun Shekatkar is felicitated with several reputable awards by the Government of Maharashtra for his contribution to the area. 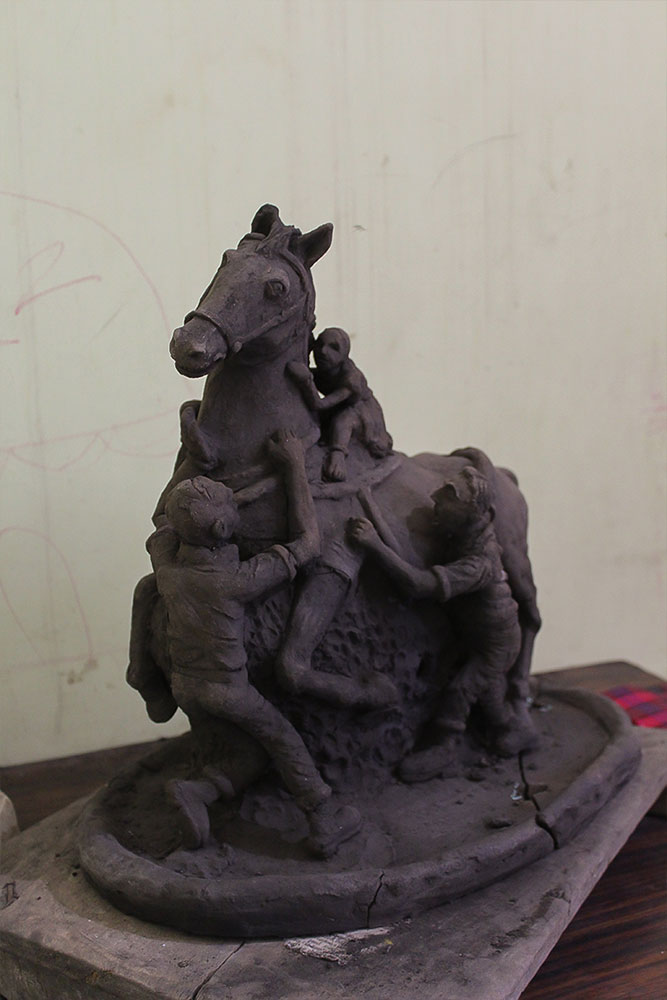 Model of kids trying to tame a horse. 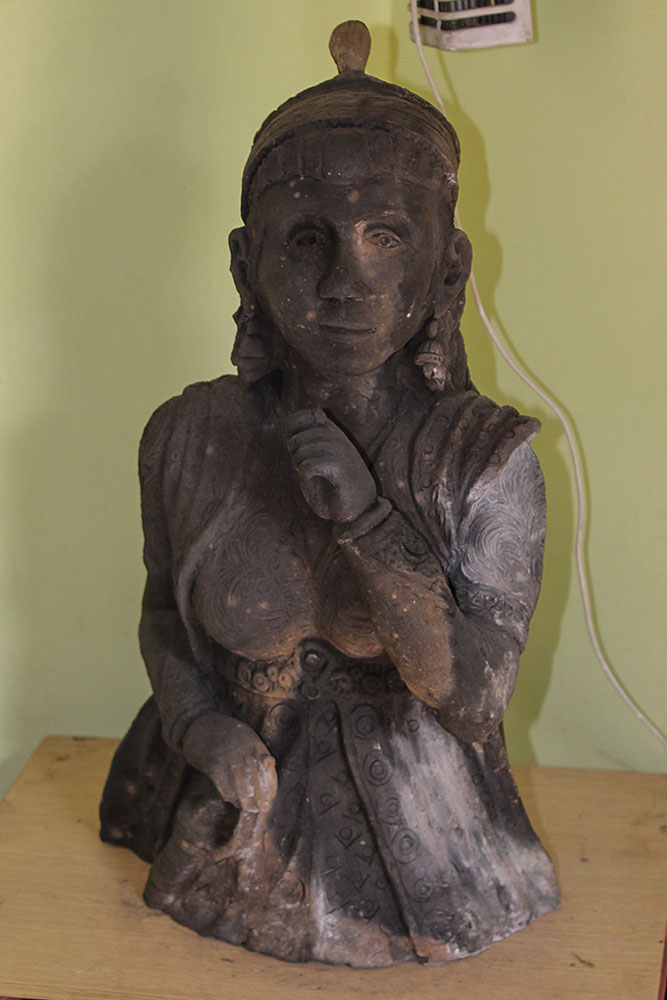 Flawless model of a Royal lady. 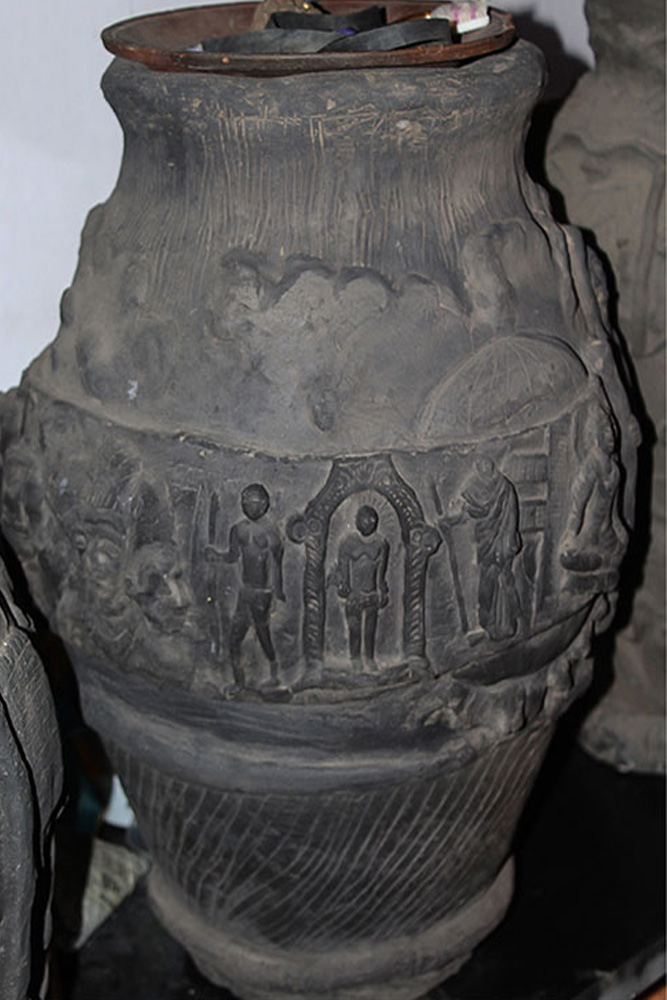 Chapters of Ramayana and Mahabharata are carved on large water pot. 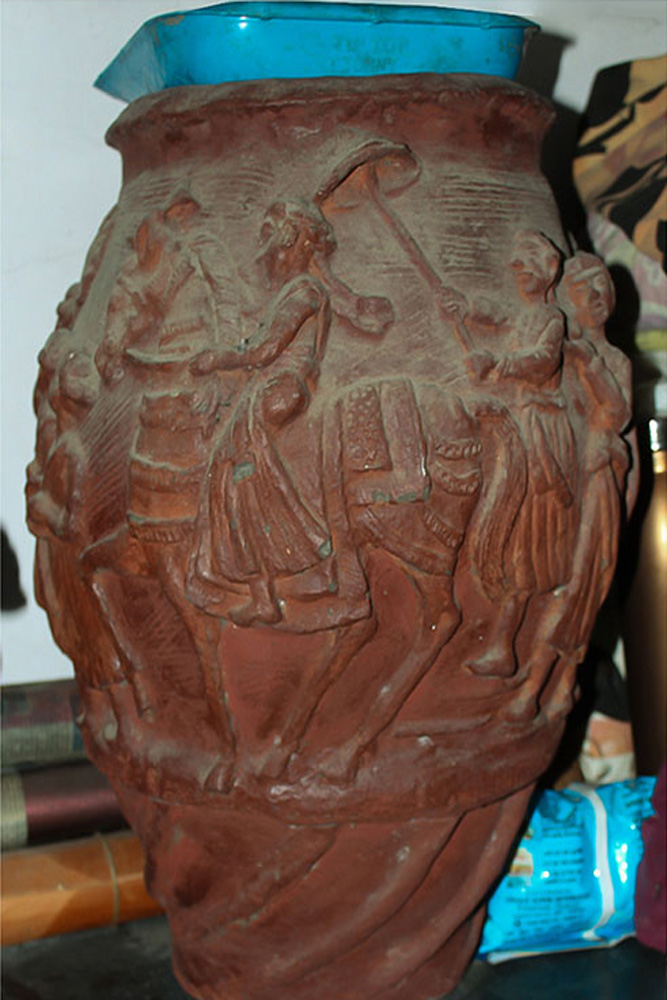 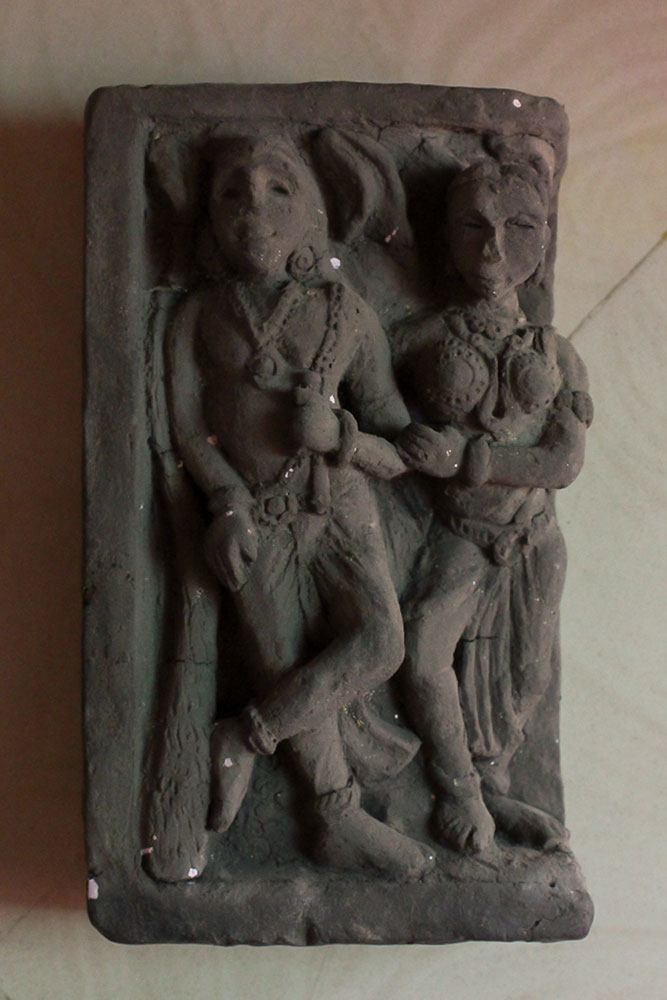 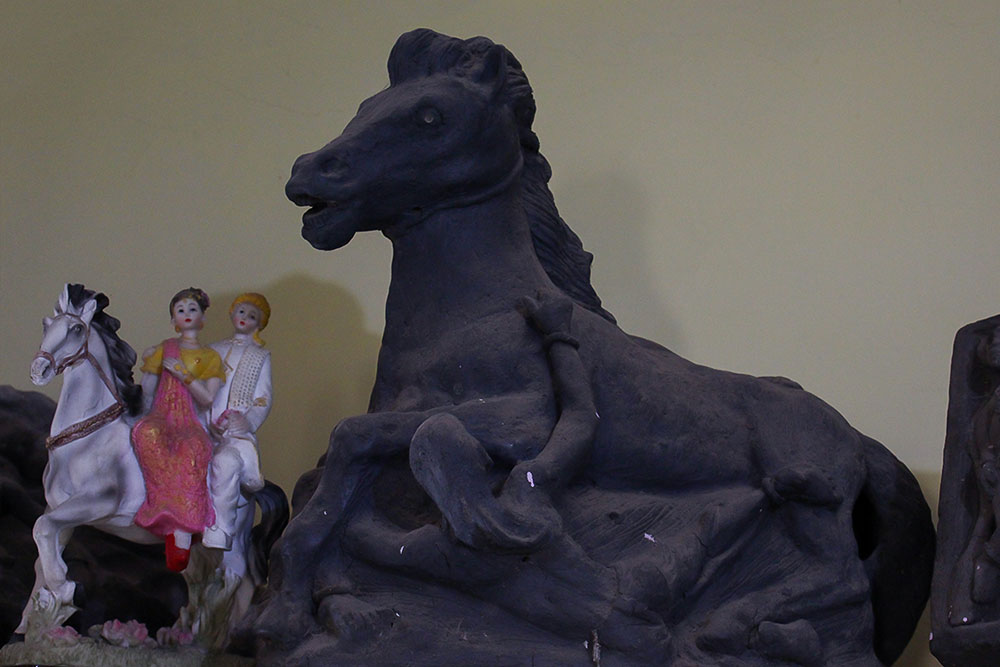 Model of bride and bridegroom riding a horse. 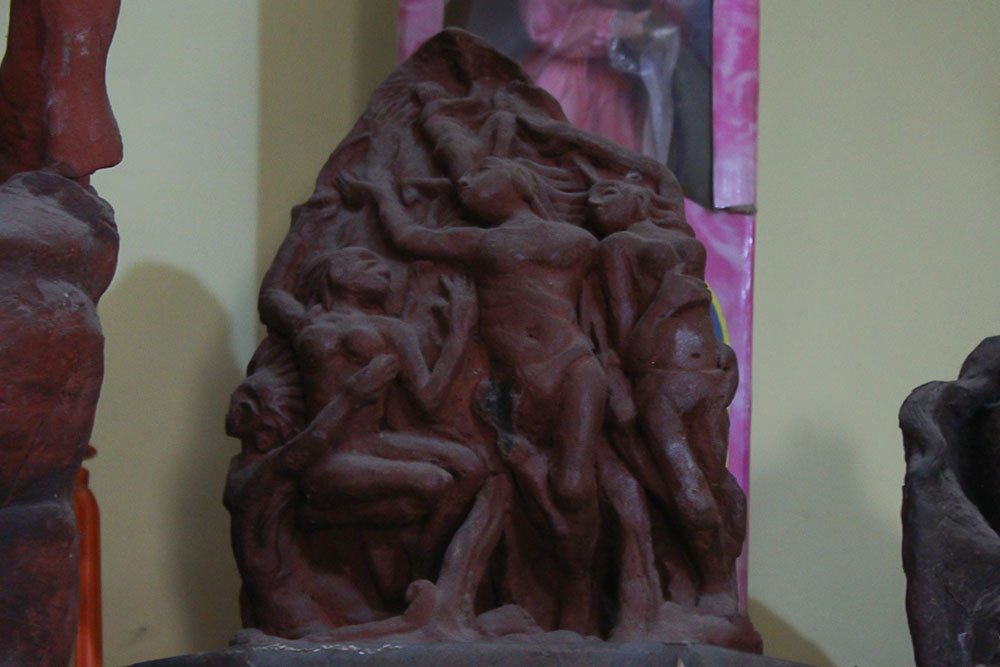 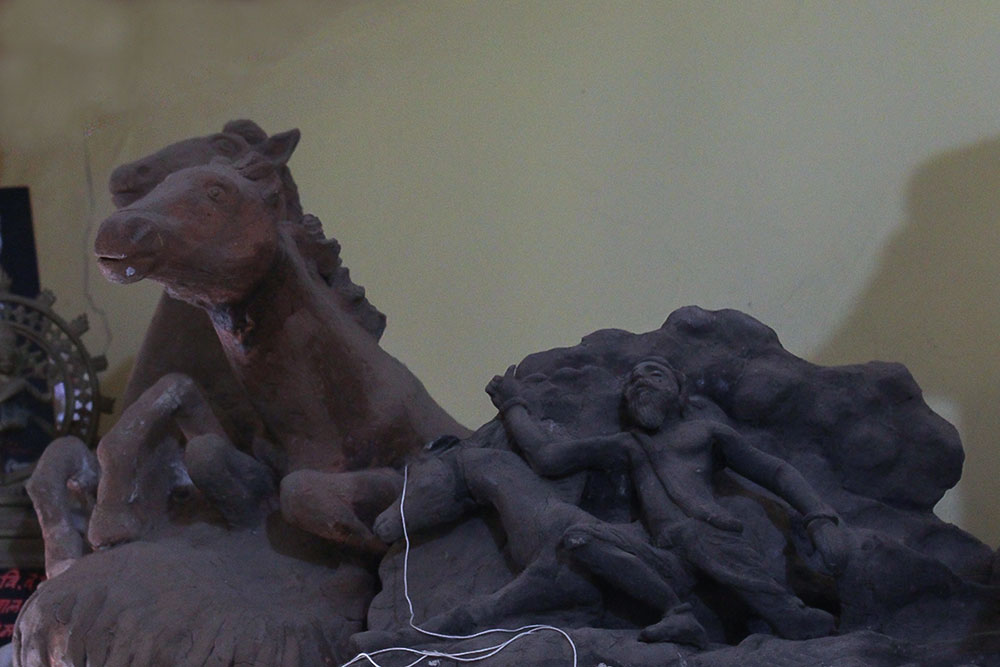 Models of horses and people resting beside them. 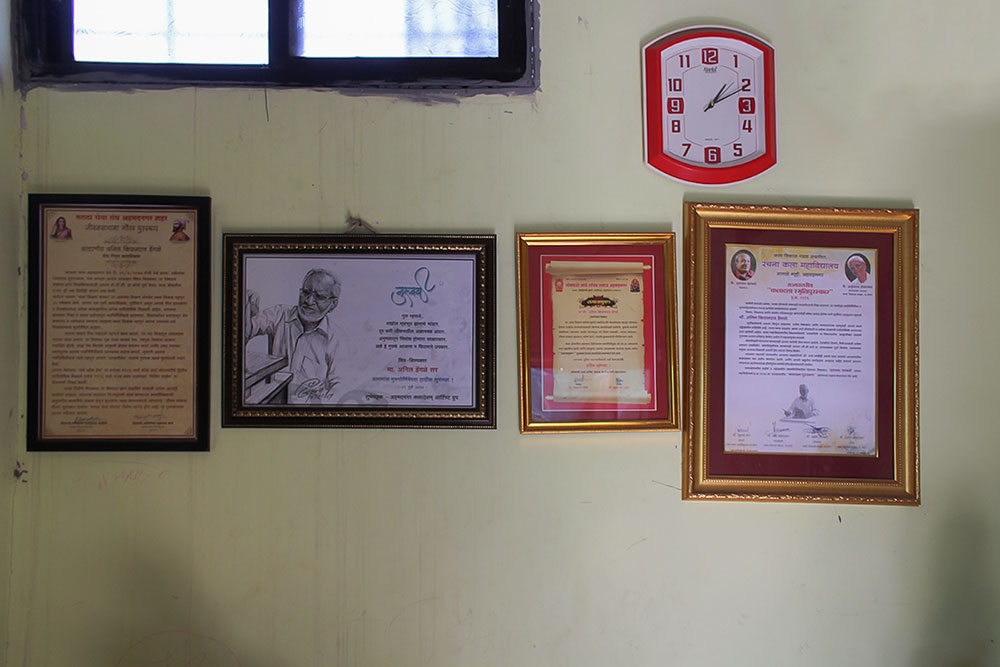 Certifications and appreciations were received by Anil Denghe from various institutions and competitions. 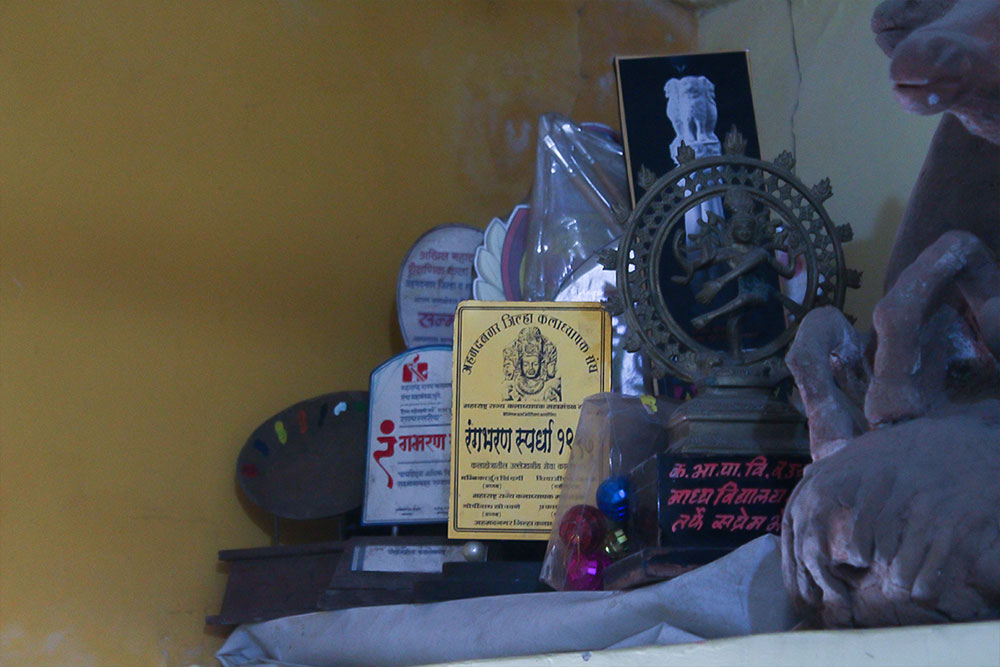 Awards received for his excellence in various art forms. 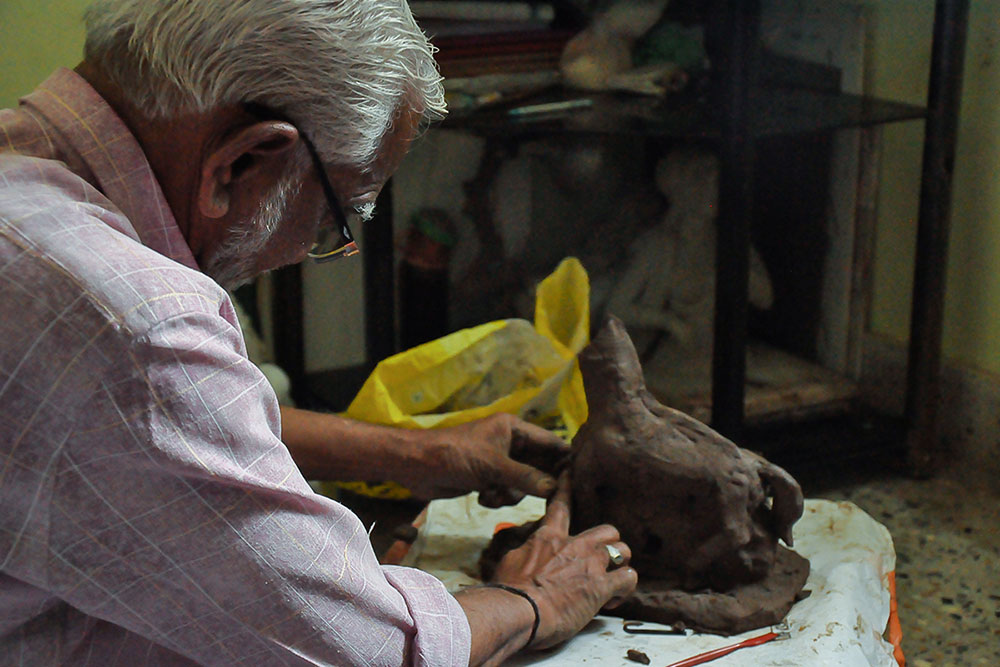 Artisan involved in his activity of terracotta modelling. 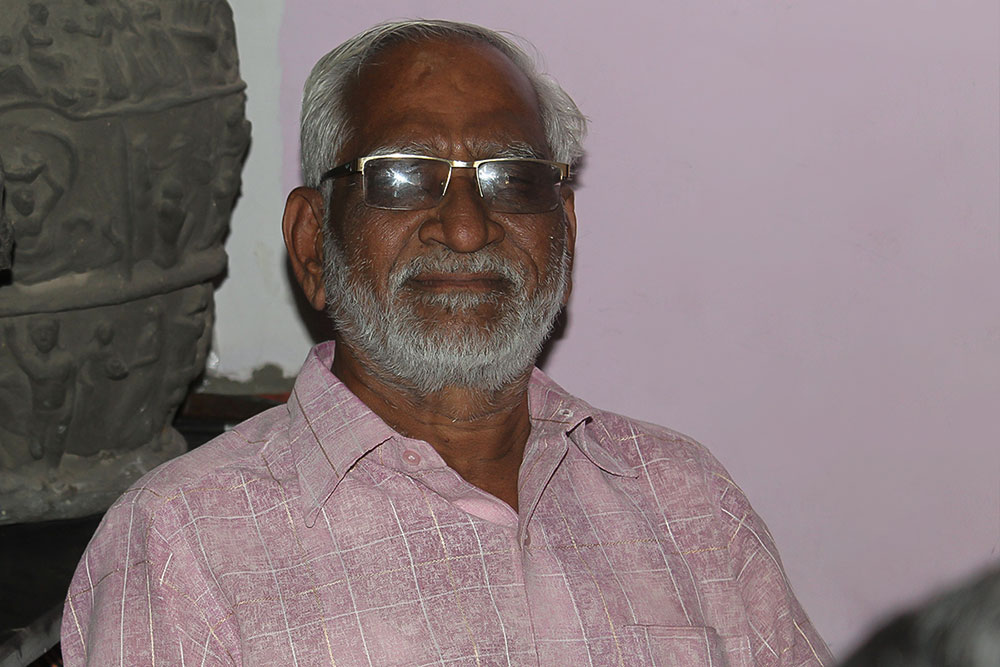