Mobile Augmented Reality applications have become increasingly popular; however, AR content's possible interactions are primarily limited to on-screen gestures and spatial movement. There has been a renewed interest in designing interaction methods for mobile AR that go beyond the screen.

Mobile phones present a rich range of input, output, and tracking capabilities and have been used as controllers for VR and Head-mounted AR applications. This paper explores the design space of using a second phone as a controller for mobile AR experiences. In doing so, we developed prototypes that demonstrate using a second phone controller for basic mobile AR tasks such as pointing, selecting, and drawing in 3D space. We also built functional applications that use a second phone to interact with AR content and support cross-device computing. We use these prototypes and the initial insights from remote evaluations to discuss the benefits and drawbacks of such an interaction method. We conclude by outlining future research opportunities on second phone controllers in collaborative settings and anticipating wider use of Head-mounted Augmented Reality. 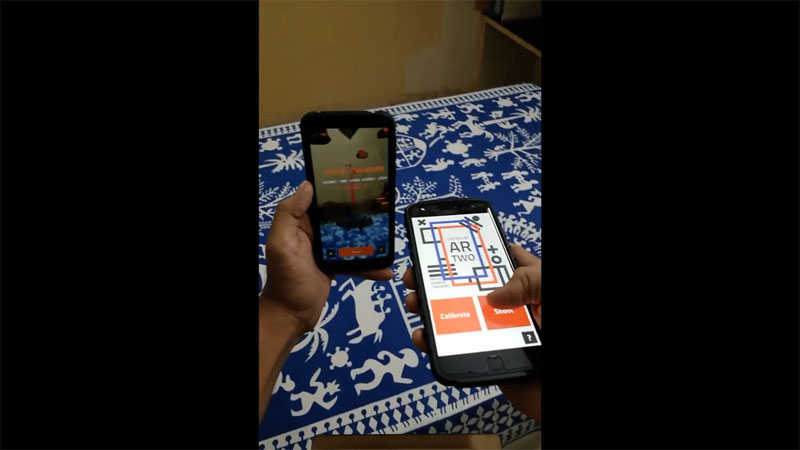