Uravu has a very inspiring story behind its setup. I had a conversation with Mr. Baburaj, the President of Uravu Trust. I call him Babuettan with respect (ettan meaning brother). He speaks about the worst times Thrikkaipetta had faced in the past. Babuetten was born and brought up in Thrikkaipetta. He knows his village and its people. In the olden days, women were unemployed.

It was customary during those days that the male member is the earning member of the family and the females had to take care of the house and do all the household work. After marriage, the women had no other job than to sit in the house. They did not earn for the family. Babuettan along with a few others believed that women could do better than that and they could also earn their livelihood. Hence Uravu started with the intention of providing employment to women belonging to the scheduled tribe community in the village. He also talks about the importance of the material bamboo and refers it to as 'poor man's timber'. The British when they came to India referred to bamboo as the concrete of India. He explains that bamboo has been used by our people from a very early period and has become a part of our culture. People had their shelter made from bamboo in his village during his childhood. He also talks about the darker times Thrikkaipetta had faced when they had a famine that he never wanted to happen again. Uravu was hence set up with great intentions and worked towards the betterment of the community. 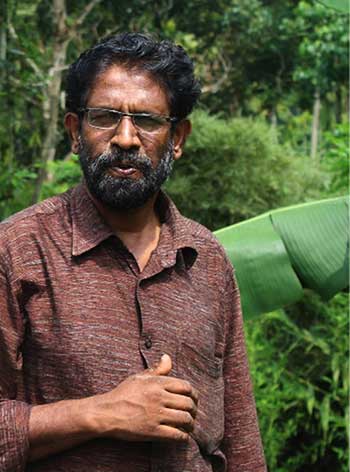