History of Automobile Design in India

Evolution of Two Wheelers in India

Two wheelers were originally designed to offer safer, efficient and comfortable rides. They have come a long way since they first came into existence, while continuing to serve their purpose even today. This document explain various iconic two wheelers with there overall timeline in India and also how this vehicles has helps us in evolution of two wheelers in India.


Two Wheelers: A Symbol of Pride

Royal Enfield Bullet was the first first two wheeler in India being introduced but it was used by the military at first. Back then owning a two wheeler was a status and it was not considered as a mode of transportation. But this was changed in the 1970's when the market was opened for new companies like Yezdi and Rajdoot. Most youngsters are the only ones that are being affected by these new bikes and that's what made a new trend in the market at that time. Then at that time bajaj also debuted in the market with "chetak" which introduced a newer segment of two wheeler in India "scooters". Which was quite expensive at that time but it fulfills the dreams of common India to own a two wheeler. And despite the craze for these vehicles, and the obsession for status and pride was not wearing off that time. But this was a big shift from status of pride to more of use and convenience of the two wheeler. 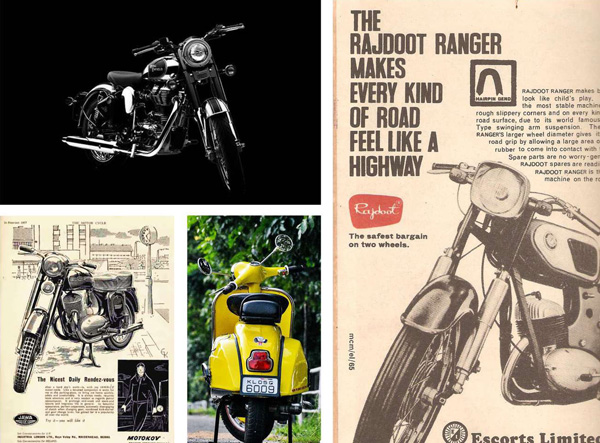 Two Wheelers: A Symbol of Convenience

In the 1980's there was evident growth in the two wheeler market in India and it was based on various partnerships done between Indian and foriegn companies. Companies like Suzuki, Honda and Yamaha came into the India market and changed the whole two wheeler industry by providing much more advanced technology at that time. Now vehicles are more convenient and more fuel efficient and are affordable by a common Indian. Hero Honda joint venture was the one that has taken the market by flood when they introduced "Splendor" in the market and it has also opened a gate for the companies for newer segments of bike. And this trend has attracted a lot of Indian youth. 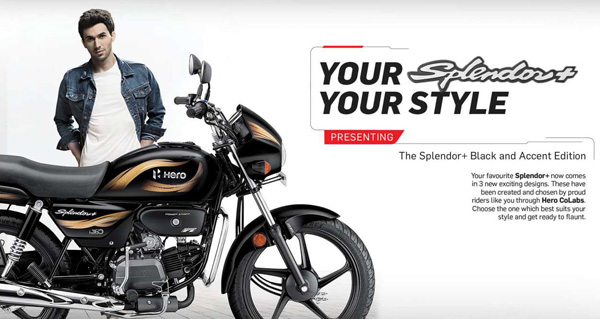 Two Wheelers: A Confluence of Convenience and Style

This new trend was started when Bajaj returned to the market in 2001 with Pulsar which was more stylish and had more performance that never existed in the Indian market. At that time it had a fuel efficiency of a small segment bike and more impressive looks that made a deep impact on newer generations of bikes and a whole new market for Indians. In 2001 Honda also came up with the most beloved scooter in India "Activa". Activa took the market by a storm and became every Indian household vehicle and it also gave life to the dying scooter market in India. At that time India also witnessed a lot of higher performance bikes from Suzuki, Yamaha which has introduced newer segments in India. Though Royal enfield has maintained its legacy but gets more competition from various international brands bike Harley Davidson and Triumph. Now the trend has shifted more toward stylish and performance oriented bikes. 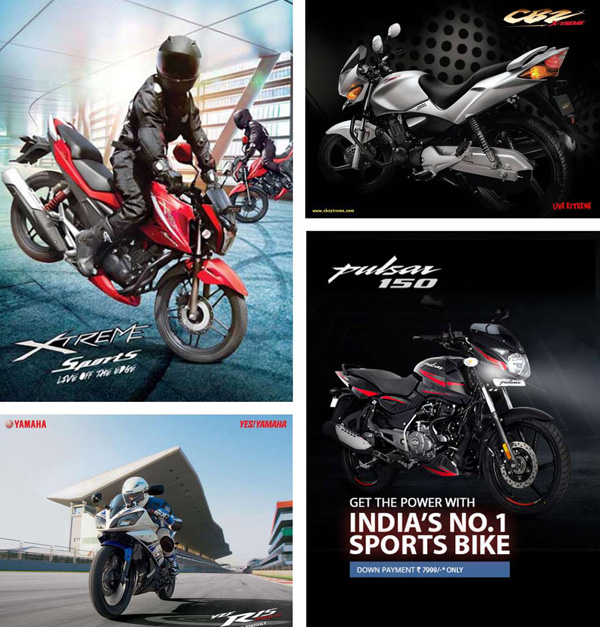