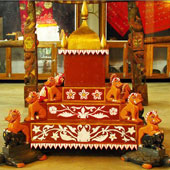 Ekasarana Dharma is a panentheistic religion propagated by Srimanta Sankardeva in the 15th-16th century in Assam's Indian state. It rejects Vedic ritualism and focuses on pure devotion (bhakti) to Krishna, consisting primarily in congregational singing (Kirtan) and listening (Sravan) to his deeds and activities. This movement was revolutionary because Neo-Vaishnavism in Assam impacted religious faith and the way of life of Assamese society. It encompassed the social, cultural, and religious spheres of Assamese culture. Even it developed a new kind of philosophy, art, and music in the form of 'Borgeets', ‘Ankiya Nats' or 'Bhaonas' as well as the 'Satriya Dance' as modes of conveying the principles of Ek-Sarana-Nama-Dharma, based on the devotion to one single God Lord Krishna or Vishnu.

Sankardeva was the most significant spiritual leader of Assam, who simplified the modes of religious practices with great emphasis on 'bhakti' and made it accessible to every member of the society by rendering the Holy Scriptures into the language of people. Like congregational prayers, theatre, music, dance, painting, and others, some unique practices have been incorporated and developed by Srimanta Sankardeva. After the fifteenth century, these practices became more significant. They achieved the grades of art forms, which were persistently established as the regular practices of the Satras and artisans of the island of Majuli and played a vital role in satisfying people's creative and artistic urges. Moreover, these art forms developed parallel to the time with various techniques and mediums of visual representations, to gratify and spread the spiritual ideology among the society and succeeded to adjoin the people under cultural and religious harmony.

Sankardeva lived at Dhuwahata in Ahom territory in the 15th century, where he planted a Bilva (bel) tree and built a Thaan or settlement for his followers. Later, such a place, i.e., a Guru's residential accommodation, came to be Satra. Dhuwahata came to be called Belguri Satra. Belguri Satra was part of the land which formed part of the breakaway River island of Majuli. Although the original Satra was washed away by the river, the island of Majuli itself became Holy Land. Majuli came into the prominence after the fifteenth century due to the Vaisnavite preachers and practitioners who stayed and established Satras here, primarily after the holy arrival of Srimanta Sankardeva. There are about 30 Satras in Majuli, which are located primarily towards the middle of the island. Each Satra represents a center for cultural activities within its region and even acts as a democratic institution to settle local disputes. Most of the villages associate with their respective Satras, and the villagers take part in the activities of their Satras during festivals and occasions. As a result, Majuli has cherished the rich socio-religious and cultural life since the medieval periods, serving as active institutes and learning centers of various Assamese Satriya dance, music, and art forms that vibrantly nurtured the Assamese culture. 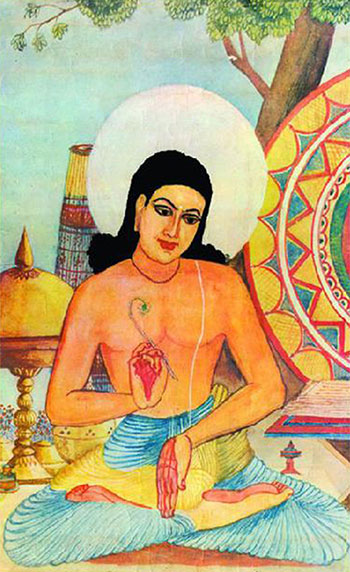