India has 28 states and 8 Union territories and is listed 12th among the mega-biodiverse nations in the world. India is rich in biodiversity, with 23.39% of its geographical area under forest and tree cover. Each state and union territory has a unique set of official symbols, usually a state emblem, an animal, a bird, a flower, and a tree.

This exploration case study was undertaken to document the different state symbols of North-East Indian states. The northeast of India comprises the states of Assam, Arunachal Pradesh, Nagaland, Manipur, Mizoram, Tripura, and Meghalaya. These states command particular importance in India not only because of their location but also their cultural and historical uniqueness. These states are also fondly referred to as the ‘Seven Sisters States’.

Approximately 3624 species of insects, 50 mollusks, 236 fishes, 54 amphibians, 137 reptiles, 541 birds, and 160 mammalian species make this region genetically rich. The landscape, the range of communities, and geographical and ecological diversity make these states unique from other parts of the country.

In this case study, I have documented and designed state icons and illustrations for these states. This design exploration aims to highlight the significance of the biodiversity of the North-Eastern region in India along with the representation of its handicrafts and textiles. 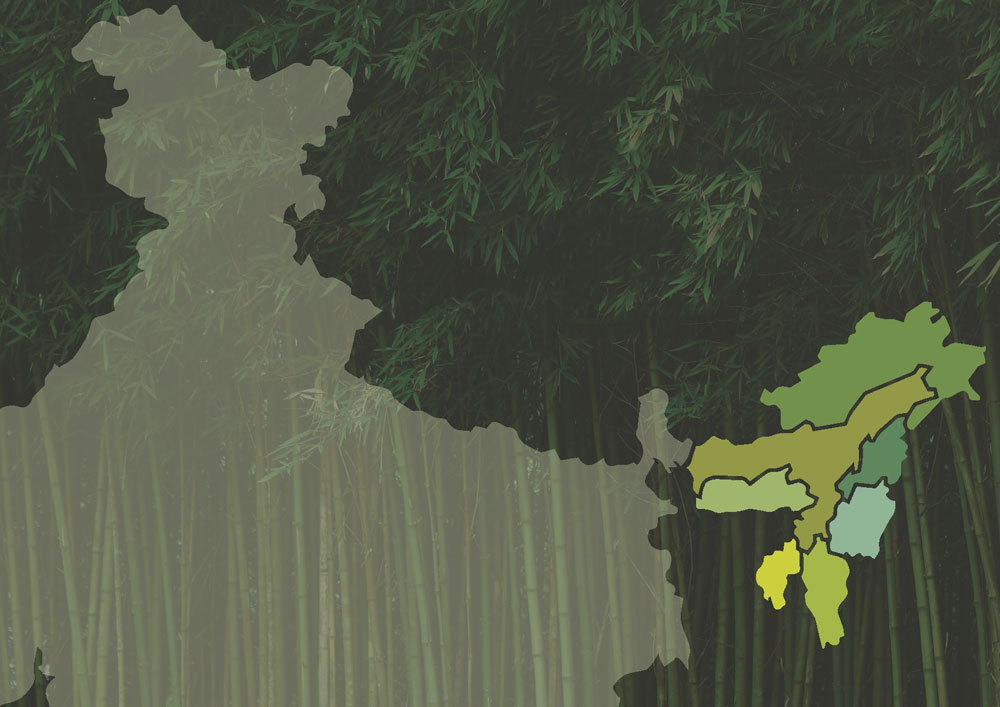