From the days when printed media and television were the only sources of information and influence, the middle-class user has also involved into a buyer who is aware of new safety standards, additional costs which come along after purchase and global car launches. It is due to this reason, that there is a sudden spurt of car models being made available in India at the same time as in other developed countries.

The body shapes have evolved to provide more space, better ingress/egress, visibility and ground clearance. Ergonomics plays a major role in deciding the form of a car. Hatchbacks have seemingly improved and moved past being practical, now it is a perception war for which hatchback offers the best value for money.

Currently, aesthetics play a huge part in determining the segment to which a particular car belongs. For example, a Volkswagen Polo may belong to the mainstream premium hatchback category, while a Polo Cross, which is essentially a Polo will be considered a small urban SUV or a mini crossover simply because it has attachments which make it look more rugged.

The sizes of hatchbacks continue to increase and have now become the primary body style of choice by the mainstream Indian buyer. 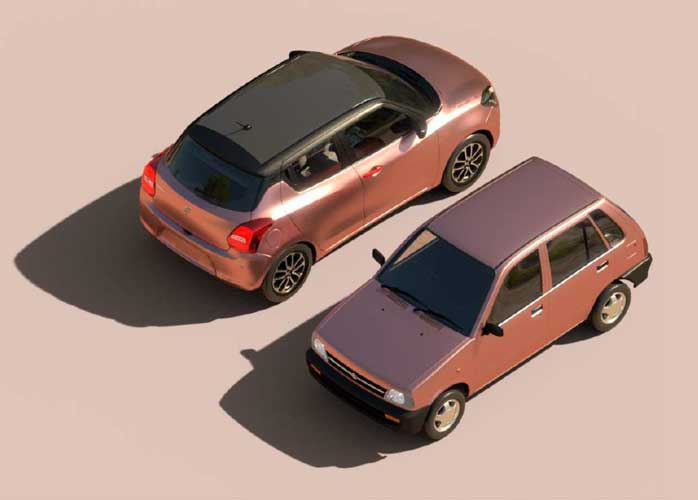