Occlusion occurs when one object completely or partially obscures another from the view. The river in the photograph is considered farther distant than the trees because the partially hidden object is seen as further away. 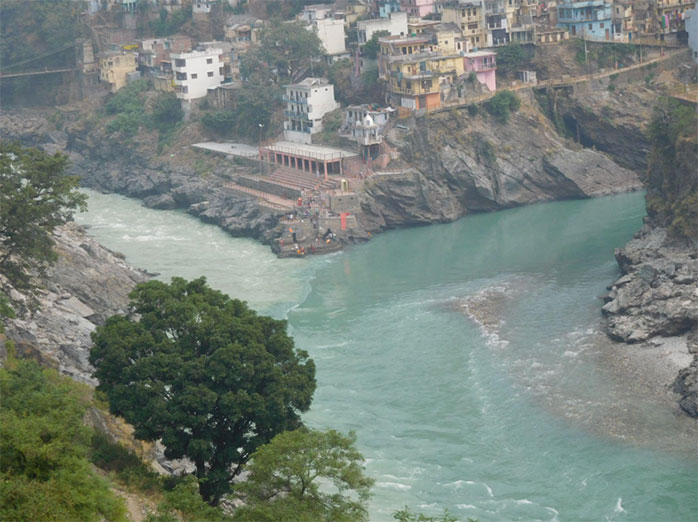 Occlusion only conveys a relative distance; it does not provide information about an object's absolute distance. Although we can infer from occlusion alone that the partially covered object is farther away than the other object, we will not be able to determine the exact distance. 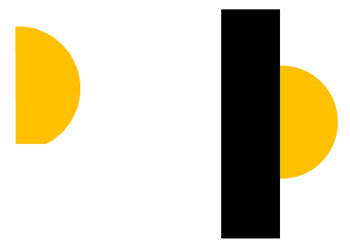 A figure bounded by an occluding edge, like the one in the image below, seems larger than a similar figure that is not bounded by one. This could be explained by various means, including the Gestalt principle of Pragnaz, where the occluding bar is perceived as a whole, and the entity which is occluded is perceived as a whole circle. As the circle is "occluded," it is perceived to be hidden behind the black bar, and it is perceived to be farther away from the viewer. According to the perspective theory, when the object's size on the retina is the same, an object farther away appears larger than an object closer. Therefore, as we perceive the occluded circle to be behind the black bar, it appears bigger in the example above. In contrast, the semicircle, which is not obstructed by anything and occupies the same retinal space, looks closer to the viewer and is perceived as smaller than the "obstructed circle." 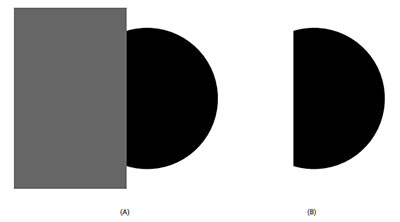 When less than half of a circle is occluded, A still looks bigger than B. 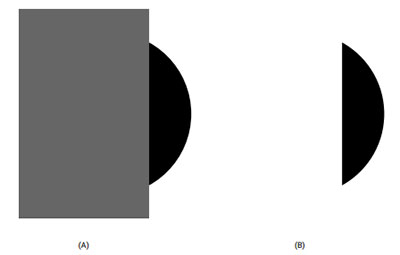 Similarly, when more than half of the circle is occluded, A still looks bigger than B. 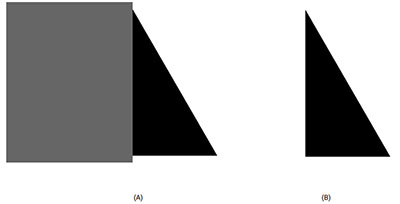 When we change shapes and swap the circle for a triangle, the occluded triangle in A is still perceived as longer and larger than B. 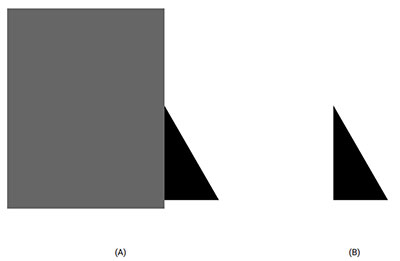 Even if the shape of the rectangle (occluding shape) changes, the occluded triangle still looks larger than B; however, the illusion is not as strong as in previous cases. 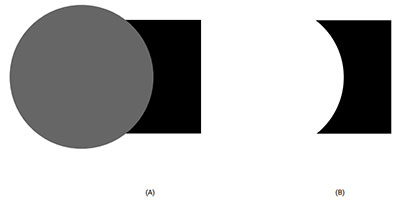 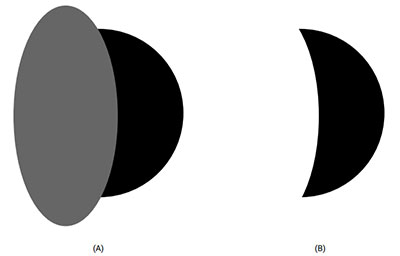 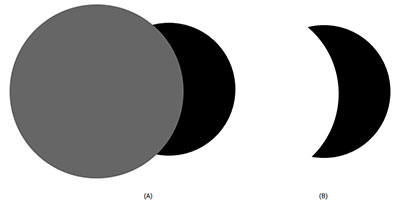 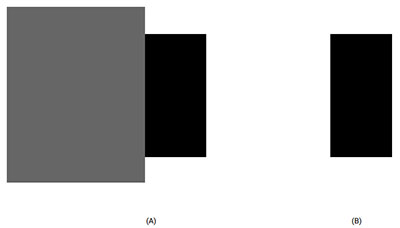 The effect might not be as robust in these examples above. Because in Figure 7.2.g, we would perceive the circle to be occluding an entire square. Therefore, comparing it with B is like comparing two different shapes, which diminishes the illusion. The same applies to the rest of the explorations.

If we compare the two phenomena, it is more pronounced in A than in B. This could be because we do not immediately perceive B as a rectangle occluding a square. Instead, because we are familiar with different shapes of rectangles, we perceive the black box to be another rectangle.

In the picture below, which among the three, A, B or C, looks the longest?

One would most probably say C. When one manipulates and reduces the occluded area by keeping the size of the occluding region the same, the part with the least occluded area seems the largest. In this case, C.


Occlusion is a phenomenon used by designers quite extensively in displaying information or purposefully hiding information. More broadly, the viewer is “involved” in “filling up” the parts hidden by occlusion. Here are some real-life explorations of occlusion. Notice how the mind perceives this information?

In the picture below, we see a cow that looks like it has an unnaturally long body. We see a pillar occluding the cow. 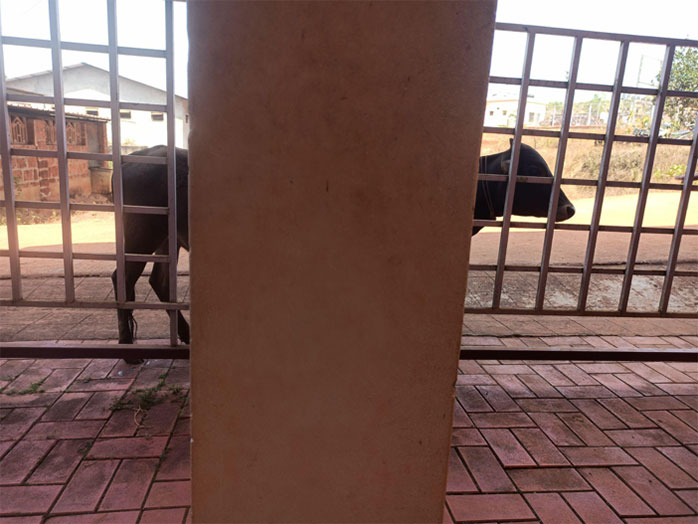 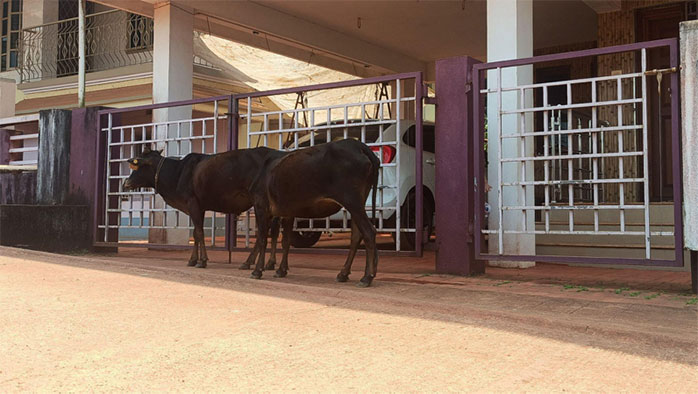 Similarly, in the picture below, we see a girl with crazy hair. When in fact, it is a picture of the girl standing in front of a tree. The branches of the trees look like extensions of the girl's hair. 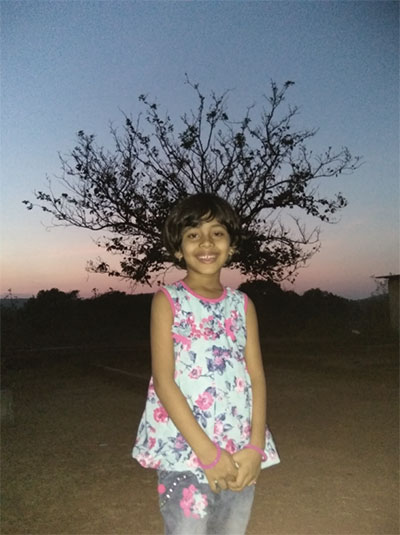 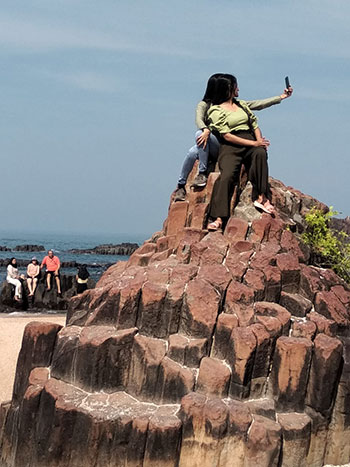